The stories behind the NBA’s wildest tattoos 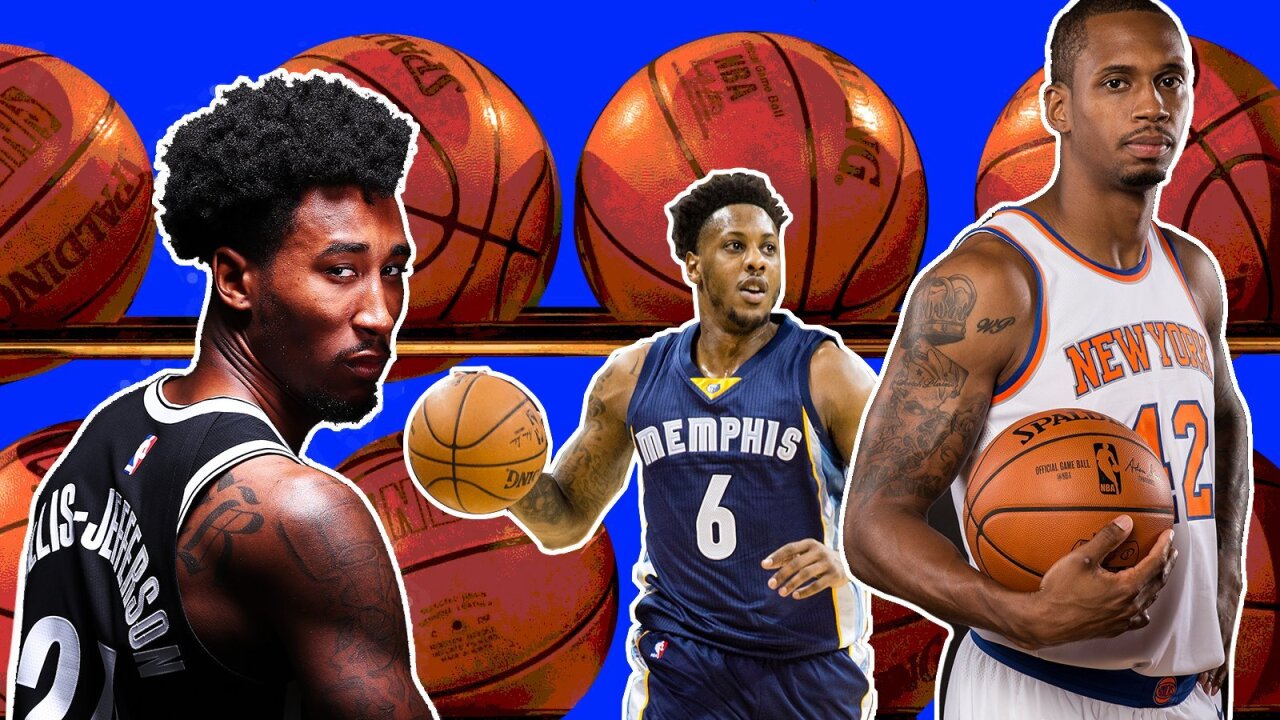 **This image is for use with this specific article only** A picture of NBA players showing their tattoos. 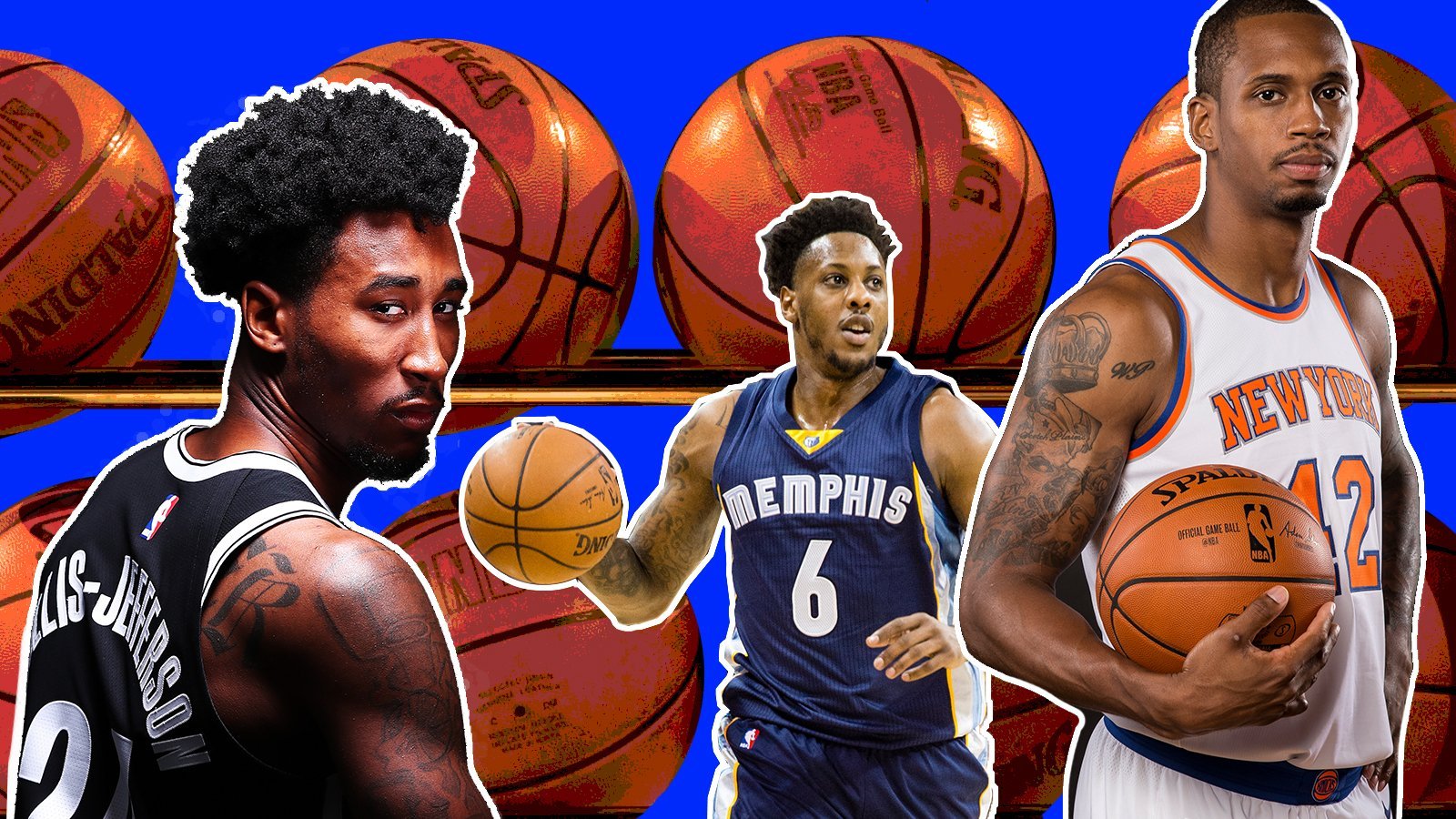 NBA ink is a look all its own; always personal, always on display, and never ever boring. Prepare to be amazed — and a little weirded out — by some of the league’s most infamous, creative and out-there body art.

You’ve got a Friend on me

Yes, that is a “Friends” logo on current Boston Celtic and famous flat-earther Kyrie Irving’s arm. Why? Turns out he just really, really, really likes the show.

“One day I sat through probably like a full season of episodes and fell in love with it,” Irving told GQ in 2015. Just the way they handled all the relationships on the show. When I was a kid none of that made sense to me, but now I totally related to it.”

Like so many “Friends” fans, Irving found his muse in the show’s lovable oaf Joey, played by Matt LeBlanc.

“Joey definitely inspired me to get the tattoo,” he said. “I have it with one of my other friends, and we have it in the same place. We thought it would be a great tattoo, because we both enjoy the show.”

Every year, before every Super Bowl, NBA Finals, World Series or Stanley Cup, there’s some poor dude who gets a symbol of his team’s future championship conspicuously splashed on his body in a moment of wishful and completely sober thinking.

In 2010, the then-Dallas Maverick got the Larry O’Brien Trophy tattooed on his bicep. Before the season even started. Unsurprisingly he was roasted for months over it, right up until the Mavericks went all the way and Terry got to hold the real thing.

Terry, now with the Milwaukee Bucks, told ESPN his teammates didn’t think he would actually go through with the tattoo. Once he did, well, they really didn’t have a choice but to win.

“When they actually see me get it, they were like, ‘This boy is serious,'” he said. “And our whole talk and conversation was about right now, about us getting to this point and winning it all.”

Oh, and by the way, Terry’s far from the only NBA star with an ode to that sweet golden basket. Golden State Warriors center JaVale McGee’s is particularly good, and he got it, you know, after his team won the title this year. Like an normal person.

When life gives you an identical twin who plays basketball just as well as you do, it’s only natural you try to take advantage of the situation. Like say, for instance, getting a whole collage of matching tattoos.

The baller twins — Marcus plays for the Celtics, Markieff for the Wizards — have entire sets of tattoos that match or are very similar. The whole look tells a story that’s uniquely them. On their left arms, they have praying hands with the inscription “A gift from God.” On their right arms, they have murals of Philadelphia, where they grew up. A theme in their ink is the acronym F.O.E. — “Family Over Everything.”

In 2014, when the twins were both playing for the Phoenix Suns, their tats were so popular the brothers actually let fans vote on their next joint tattoo.

Thankfully, it was nothing weird (there’s only so many “Friends” tattoos the world can handle). It was a ribbon honoring their grandmother, who had passed away the previous year from cancer.

He’s got his back

NBA players like to get tattoos honoring themselves. Deal with it. If you were extremely rich and successful and cool you’d probably get a tattoo of yourself too.

Would you get an extremely lifelike, full-body rendering of you screaming triumphantly? Maybe not. But the Brooklyn Nets’ Rondae Hollis-Jefferson would.

The best part of Hollis-Jefferson’s story is that he wasn’t even in the pros when he got the ink in 2014. He’s even in his college jersey! That’s a lot of faith! Why?

“Myself has to watch my back,” he told The Brooklyn Game.

Well, uh, yes. You can’t argue with that.

(As a side note, if you ARE going to get a massive back piece of yourself, at least take a note from Hollis-Jefferson and get it done really, really well.)

A really fantastic subset of NBA tattoos is the “random thing holding a basketball” motif. Ranking high among them is Mario Chalmers’ recent ink, which is approaching perfection in terms of both concept and execution.

Unsurprisingly, Chalmers identifies with the video game character Super Mario, so in 2015 he got a giant tat of Mario holding a basketball. It’s great. There’s really nothing else you need to know.

This lovely piece of portraiture graces the arm of Derrick Rose, one of the finest athletes in the league. It is, to the average observer, a wizard, conjuring or otherwise in possession of, a basketball, with the word “Poohdini” written in delicate script above it.

There is a perfectly reasonable explanation for this, but it can’t be said in any better terms than Rose himself, who described it thusly:

“A wizard holding a ball, ‘Poohdini,’ my nickname going across there like magic. So the Great Houdini, I put ‘Poohdini.’ I put the ‘Dini’ in the back of ‘Pooh’ so it would sound like Poohdini, like the Great. My grandma just came up with the name ‘Pooh,’ it’s like Winnie the Pooh Bear, so it just stuck with me my whole life.”

Got that? Sweet grandma nickname + wizard = Poohdini. Derrick Rose is an artist and a wordsmith for our time.

Lance Thomas is something of a renaissance man, and it shows — literally. The New York Knicks forward majored in visual arts at Duke, and has a penchant for sketch work and digital manipulation. It’s no surprise he created the art for some of his tattoos.

Usually when someone says “I drew my tattoo,” you have to prepare yourself for a dumpster fire. But Thomas’ intricate drawing of the state of New Jersey — where he grew up — topped with a crown is really something to behold.