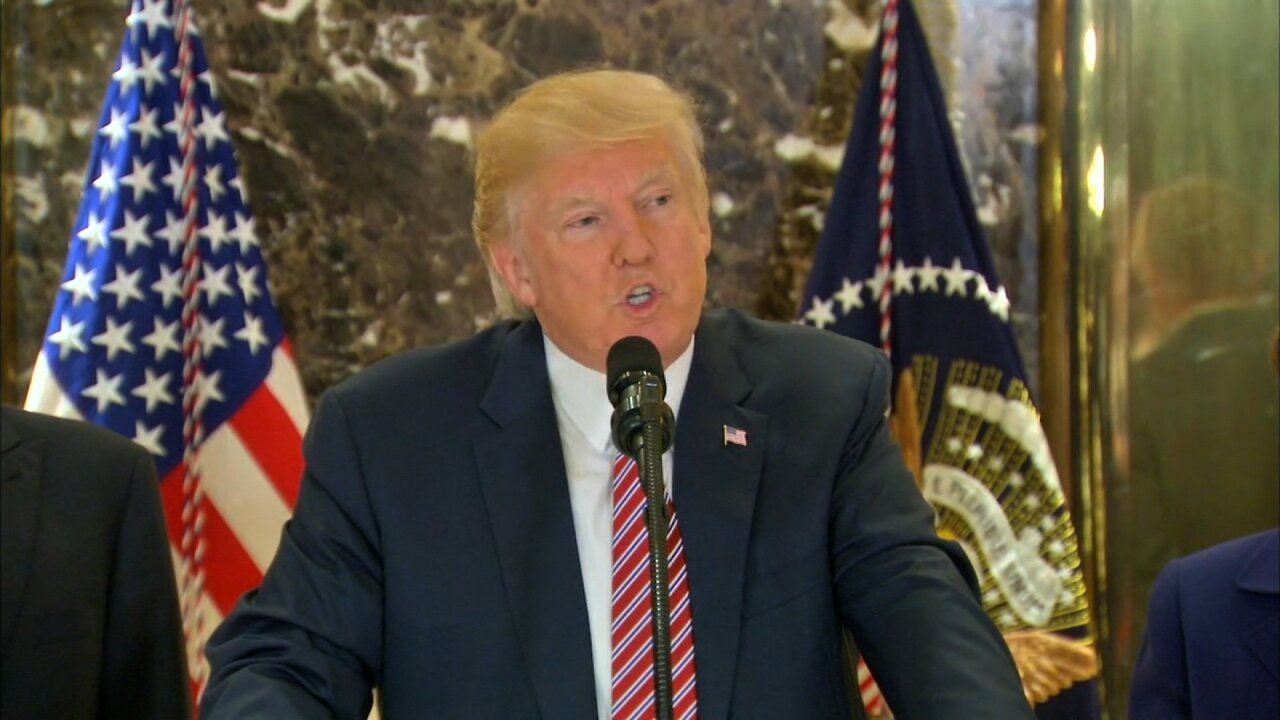 In a news conference at Trump Tower, President Donald Trump blamed the violence in Charlottesville, Virginia, on August 12, 2017 on both sides of the conflict, equating the white supremacists on one side with the “alt-left” on the other side.

In a 53-page ruling, US District Court Judge Marvin Garbis in Maryland concluded that transgender service members are “already suffering harmful consequences,” and went a step further than an earlier ruling by specifically prohibiting the Trump administration from blocking those challenging the ban from completing their medically necessary surgeries.

“They have further demonstrated that they are already suffering harmful consequences such as the cancellation and postponements of surgeries, the stigma of being set apart as inherently unfit, facing the prospect of discharge and inability to commission as an officer, the inability to move forward with long-term medical plans, and the threat to their prospects of obtaining long-term assignments,” Garbis wrote. “Waiting until after the directives have been implemented to challenge their alleged violation of constitutional rights only subjects them to substantial risk of even greater harms.”

Garbis, who was appointed by President George H.W. Bush, follows Judge Colleen Kollar-Kotelly in DC, who also ruled against the ban in October, but only blocked the directives concerning joining and retaining military personnel.

The Trump administration has continually argued that these suits are “premature” and moved to dismiss the claims, saying the policy is still subject to review, but that argument has, thus far, proved unpersuasive in court.

Garbis was particularly unmoved by the Justice Department’s argument that the “President did not actually announce a policy decision” when he handed down the ban on Twitter in July.

“An unexpected announcement by the President and commander in chief of the United States via Twitter that ‘the United States Government will not accept or allow transgender individuals to serve in any capacity in the US military’ certainly can be considered shocking under the circumstances,” Garbis wrote, after embedding screen shots of the tweets pages earlier. “A capricious, arbitrary, and unqualified tweet of new policy does not trump the methodical and systematic review by military stakeholders qualified to understand the ramifications of policy changes.”