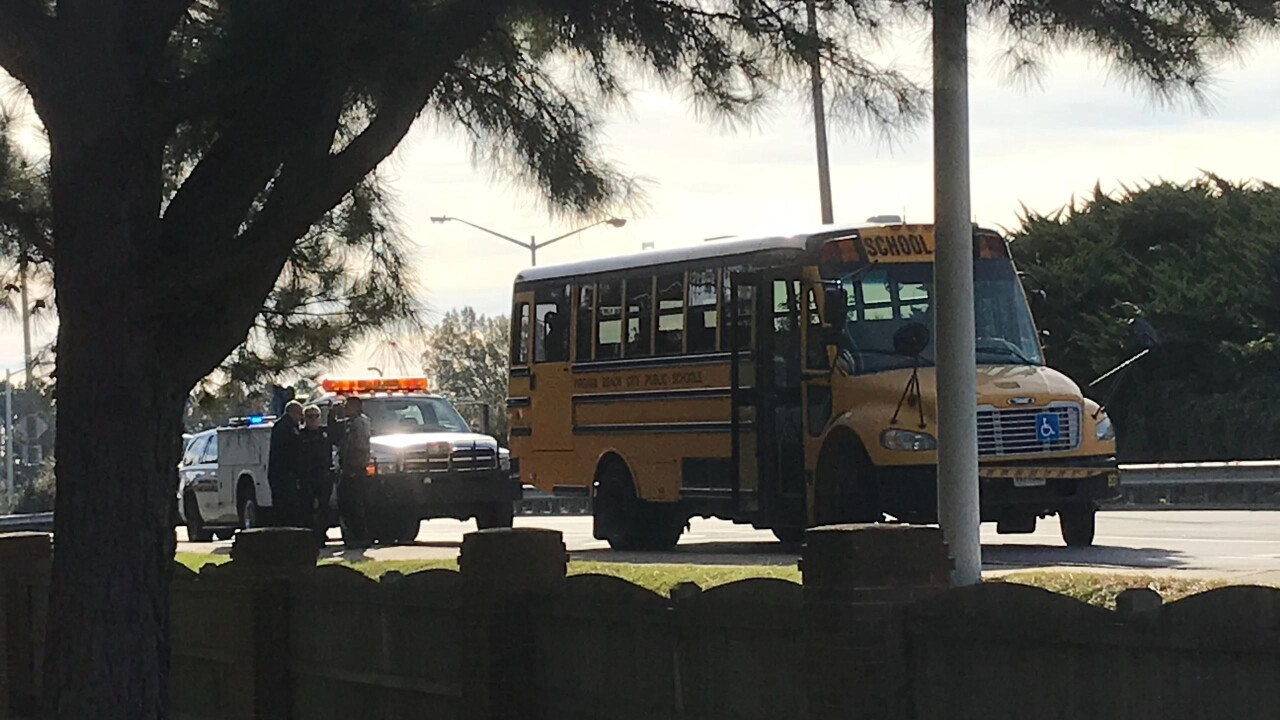 VIRGINIA BEACH, Va. – Crews responded to reports of a school bus fire in the 4300 block of Princess Anne Road in Virginia Beach on Tuesday morning.

Crews discovered that the brakes on the bus had locked up, causing brake fluid to burn and smoke.

Three students from Larkspur Middle School were on board the bus at the time of the incident. No injuries were reported.

The students were transported to school via a different bus.