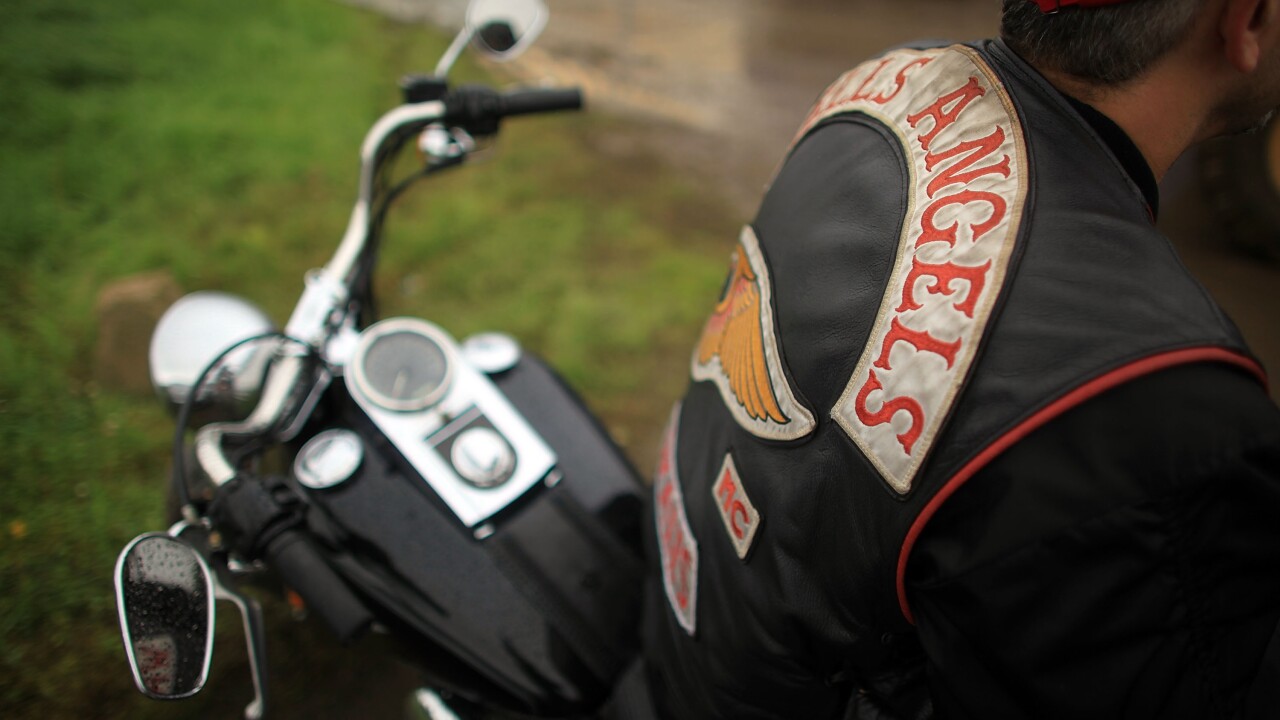 STRATFORD-UPON-AVON, ENGLAND – AUGUST 05: Hells Angel and Bulldog Bash press officer Echo talks to the media during setting up of this year’s Bulldog bash at Long Marston Airfield on August 5, 2009 in Stratford-upon-Avon, England. The annual festival of bikers is going ahead this weekend despite police concerns of an escalation in violence between two rival biker gangs. Organisers said the allegations were unfounded. Seven men were jailed for the murder of Gerry Tobin, a Hells Angel shot dead on the M40 two years ago as he returned from the Bulldog Bash. (Photo by Christopher Furlong/Getty Images)

Eleven members of the Hells Angels motorcycle gang have been accused of a range of crimes related to murder, assault, maiming, racketeering conspiracy and witness intimidation, according to an indictment that was unsealed Monday.

Members of the “Hells Angels” motorcycle club ride their motorbikes during a demonstration on September 9, 2017 in Berlin.
(TOBIAS SCHWARZ/AFP/Getty Images)

The federal indictment had been filed October 10, but became public after nine of them were arrested. Many of the arrests were made Saturday during a raid at a saloon in Santa Rosa, California, before a scheduled motorcycle ride, reported CNN affiliate KGO.

“This investigation has uncovered significant criminal activity and it’s not over yet,” said Jack Bennett, FBI special agent in charge during a press conference Monday. “The organized criminal activity was designed to instill fear in the part of Santa Rosa that are around these motorcycle gangs.”

He said the individuals used “violence, fear and criminal behavior.”

Those from the Sonoma County chapter are accused of working with other Hells Angels chapters in criminal activities including murder, drug distribution, assault, robbery, extortion, illegal firearms possession and obstruction of justice. The indictment alleges that the members had committed such acts to “maintain and enhance membership and discipline within the gang.”

It also alleges that four of the men conspired in the killing of a victim who died July 2014 at the Fresno Hells Angels clubhouse.