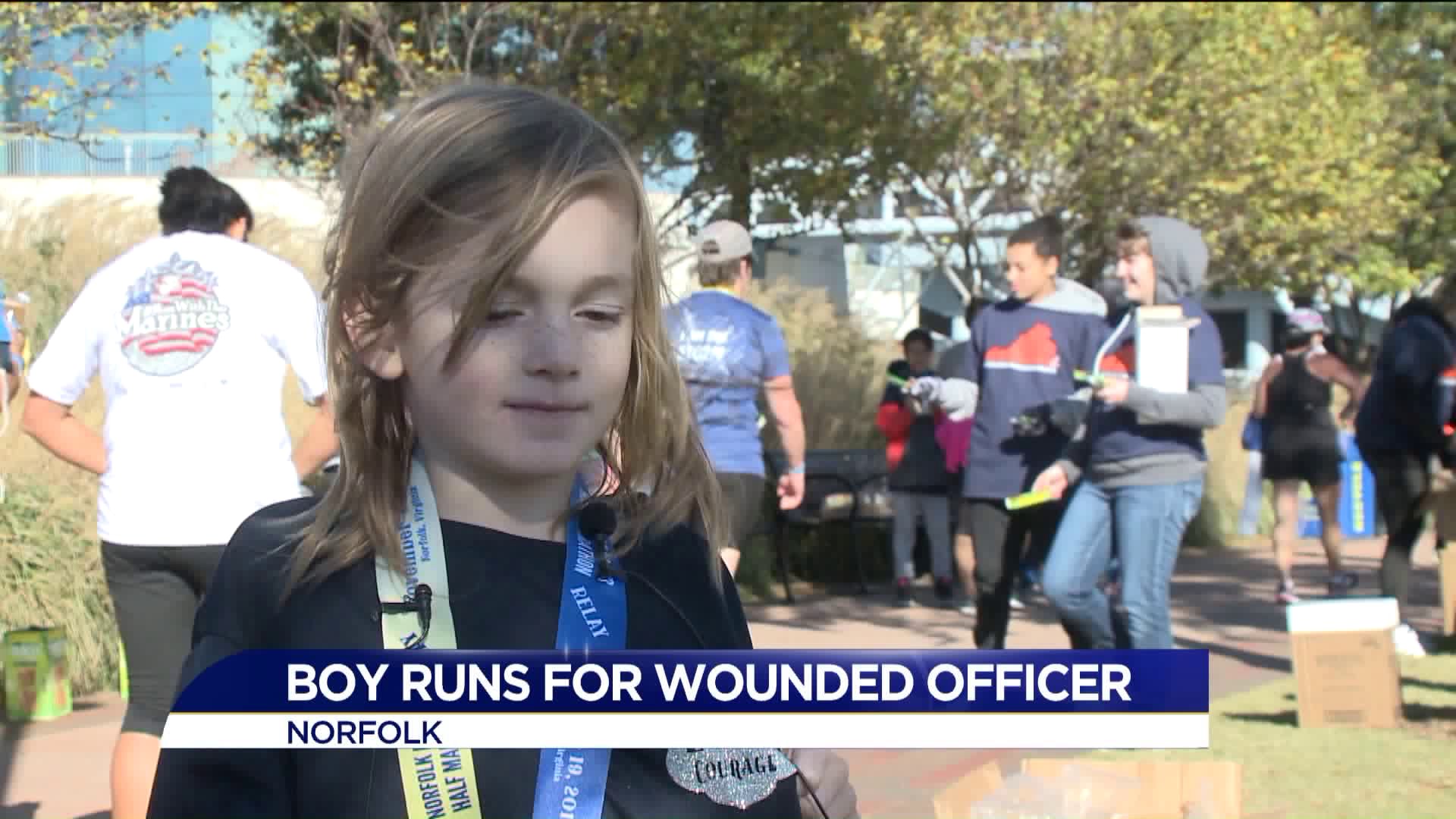 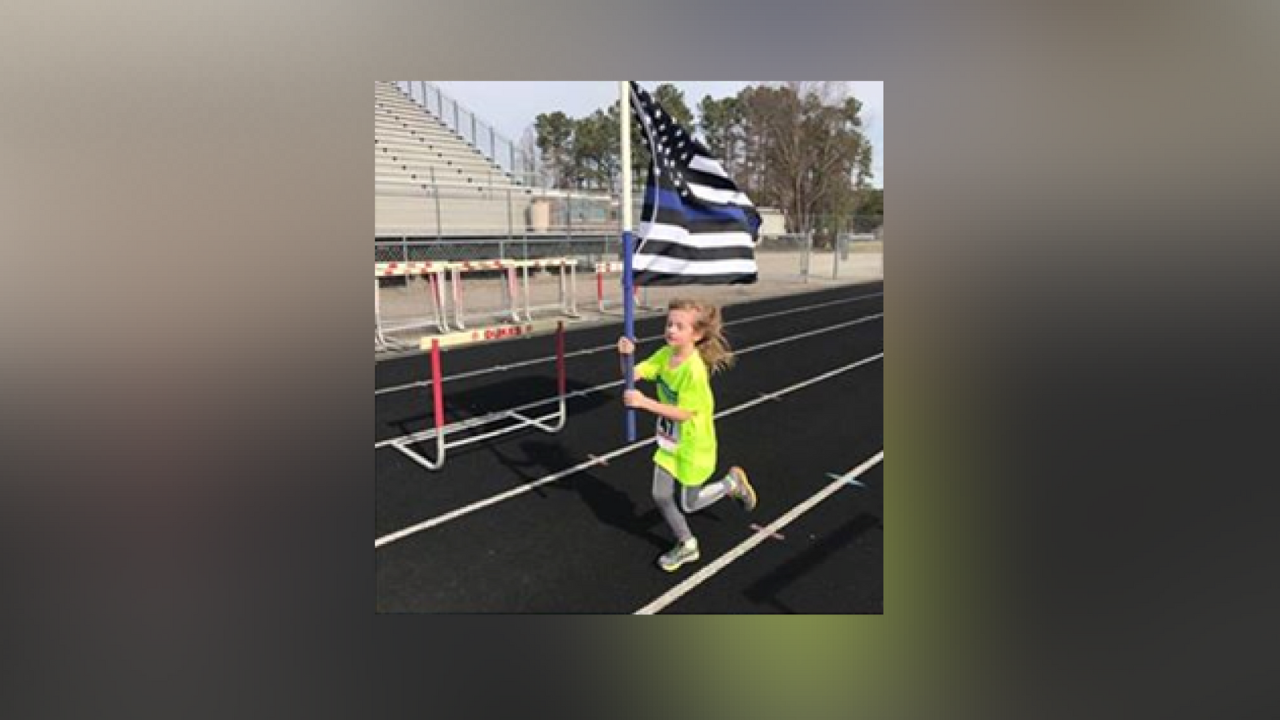 PORTSMOUTH, Va. - A pint-sized runner crossed the finish line of the Norfolk Harbor Half Marathon Sunday in support of those who work the Thin Blue Line.

Eight-year-old Braxton from Gloucester ran the race in honor of Officer Angelina Baaklini, who was shot while on duty on November 6.

The Portsmouth Police Department said Braxton has been running nearly every weekend to honor police officers and has completed runs in Canada, Maryland, North Carolina, Ohio and Michigan as well as his home state of Virginia. He carries a "Thin Blue Line" flag with an officer or group of officers' names on it during his runs.

According to his Facebook page, "Braxton Running For People Who Can't," his goal is to raise awareness about violence against police officers.

Braxton carried a "Thin Blue Line" flag with Baaklini's name on it during Sunday's race. Portsmouth Police Department SWAT officers accompanied Braxton, running in full gear and helping him carry the flag across the finish line. When the race was over, Braxton presented the flag to Baaklini at the hospital.

Angelina Baaklini spoke with News 3 for the first time and said,

"Braxton is such a big inspiration to me and so many people. He is so amazing and supportive of law enforcement and when I found out he wanted to run for me I was honored. Meeting Braxton today inspired me even more with my recovery. As he handed me the flag he carried across the finish line it made me feel so incredibly grateful to have the opportunity to meet a person like him. He is strong, smart, kind, and brave and I am very fortunate to have met him. Braxton asked me if when I get better would I run with him. I told him I would absolutely love to but i might be slower than him!” 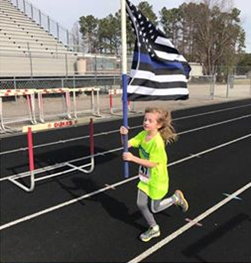