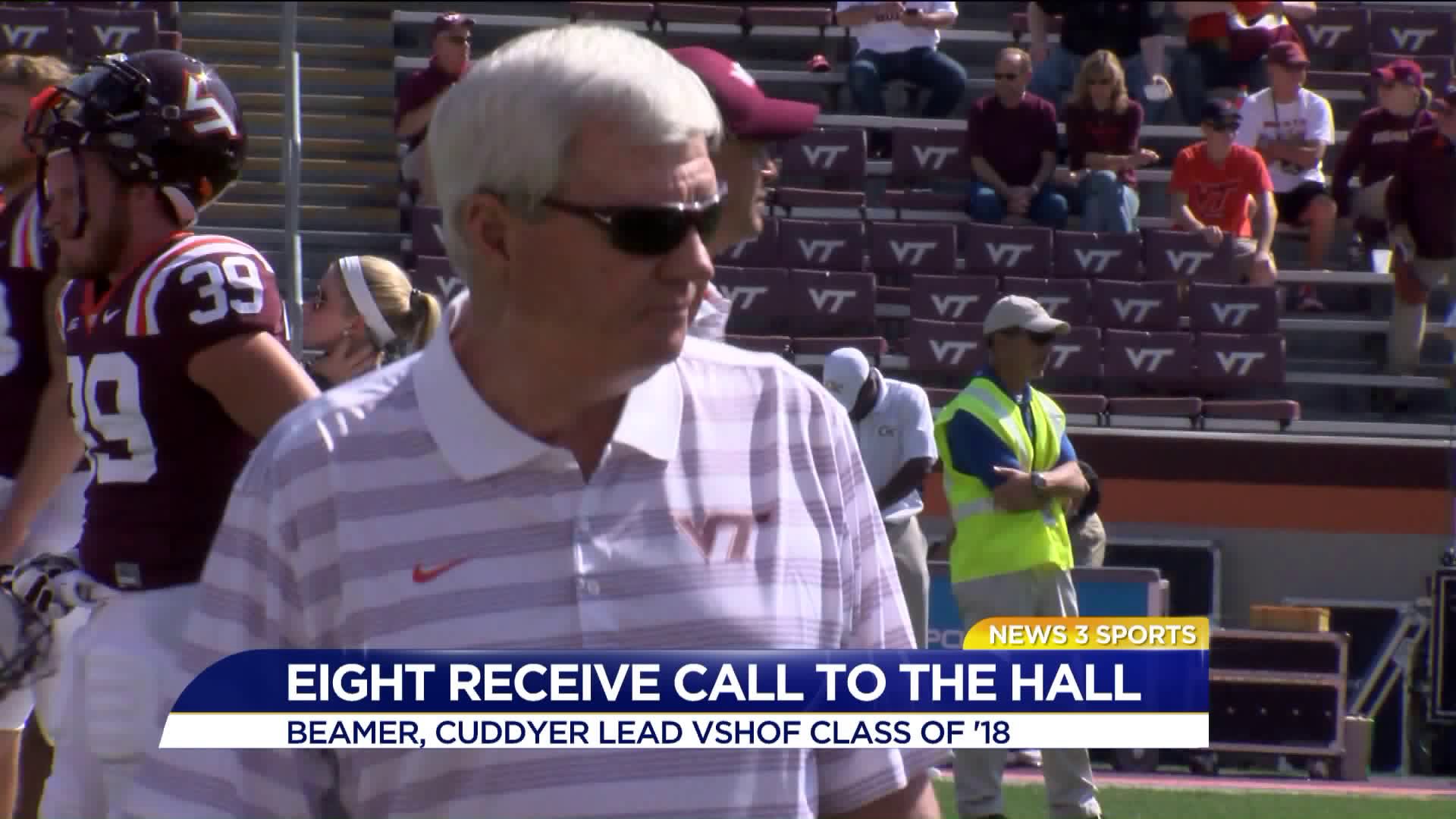 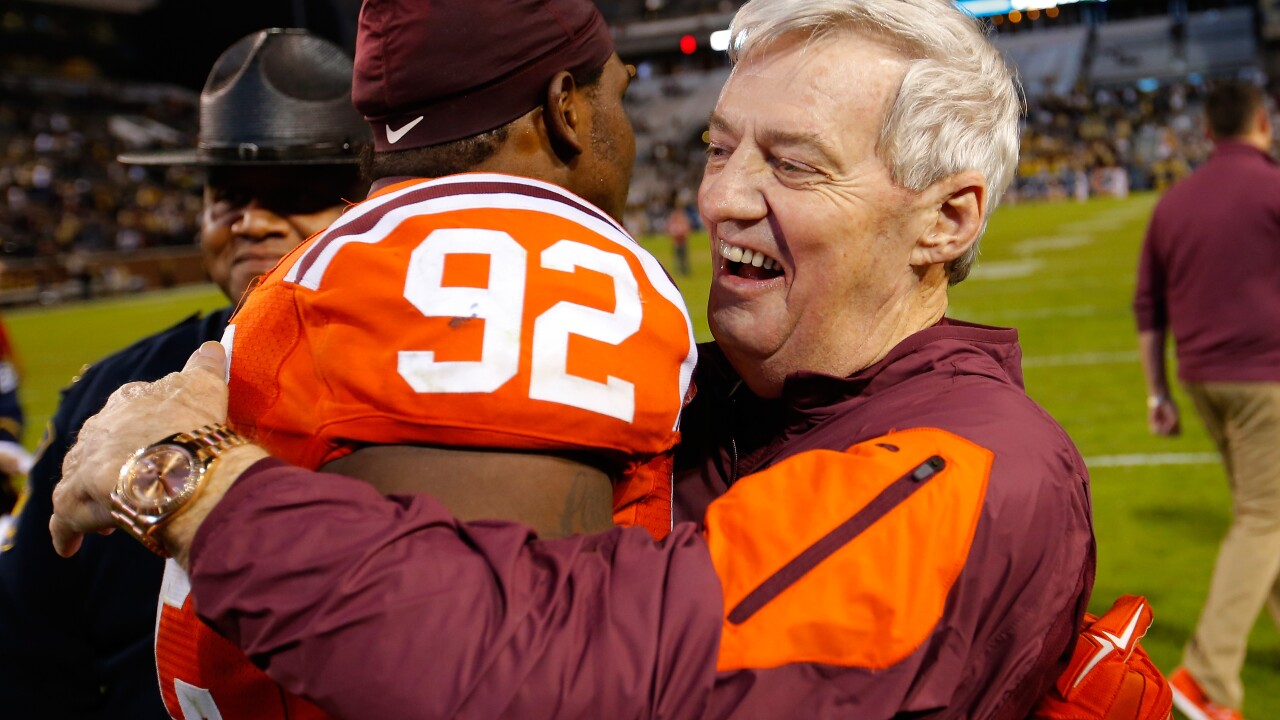 VIRGINIA BEACH, Va. - Frank Beamer, who served as Virginia Tech head football coach for 29 years, has been selected for enshrinement to the Virginia Sports Hall of Fame in his first year of eligibility.

Beamer headlines an eight member class to be officially inducted April 7, 2018 at the Sandler Center for the Performing Arts in Virginia Beach.

Prior to his retirement after the 2015 season, Beamer won 238 games at his alma mater.

Thomas Jones, all All-America running back at Virginia from 1996-99 who played 12 seasons in the NFL

Kara Lawson, an Alexandria native who was a women's basketball standout at Tennessee and won a gold medal as a member of Team USA at the Beijing Olympics

Rick Mahorn, a 19-year NBA veteran who won the 1989 NBA title with the Pistons and starred at Hampton University

Doug Doughty, a UVA alumnus who has covered the 'Hoos for more than 40 years with the Roanoke Times

At eight members, this is the largest class in the Hall's 51-year history. "I am very pleased with the selections this year," says Eddie Webb, President of the Virginia Sports Hall of Fame. "It is a very diverse group, but with great talent and accomplishments throughout." 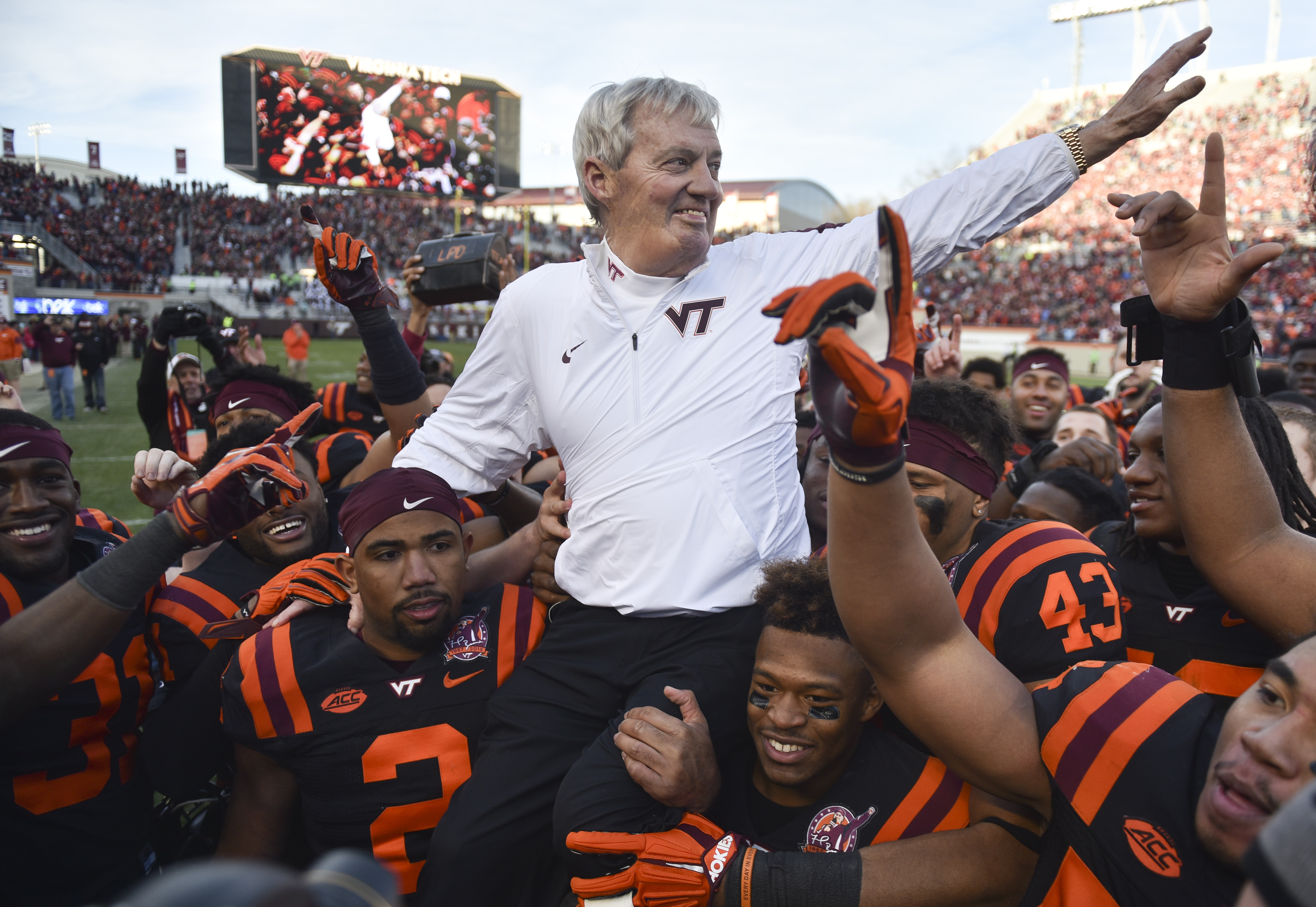