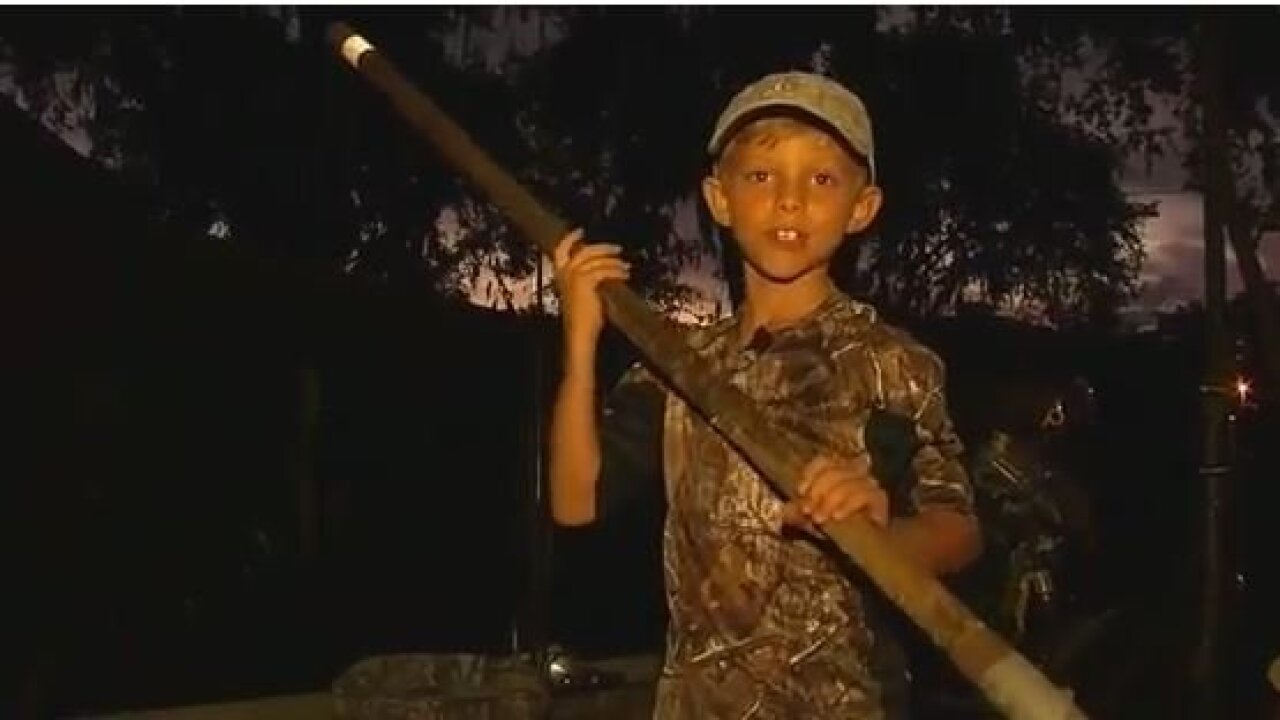 Grayson Chantley caught the gator on Lake Kissimmee late last month. He says his dad woke him up around midnight to go hunting.

“Whenever they’re big, I’m just like ‘I want to get this gator,'” said Chantley.

His dad caught it all on tape. Video shows the moment he landed the gator.

Photos show the gator’s head is almost the size of the 8-year-old. Chantley also showed off his catch to his older brother.

Florida’s state record for the largest gator caught happened in 2010 in Brevard County. The gator was 14 feet 3.5 inches, according to state wildlife officials.

The family operates Grape Hammock Fish Camp on Lake Kissimmee. Chantley says he has grown up fishing and hunting.