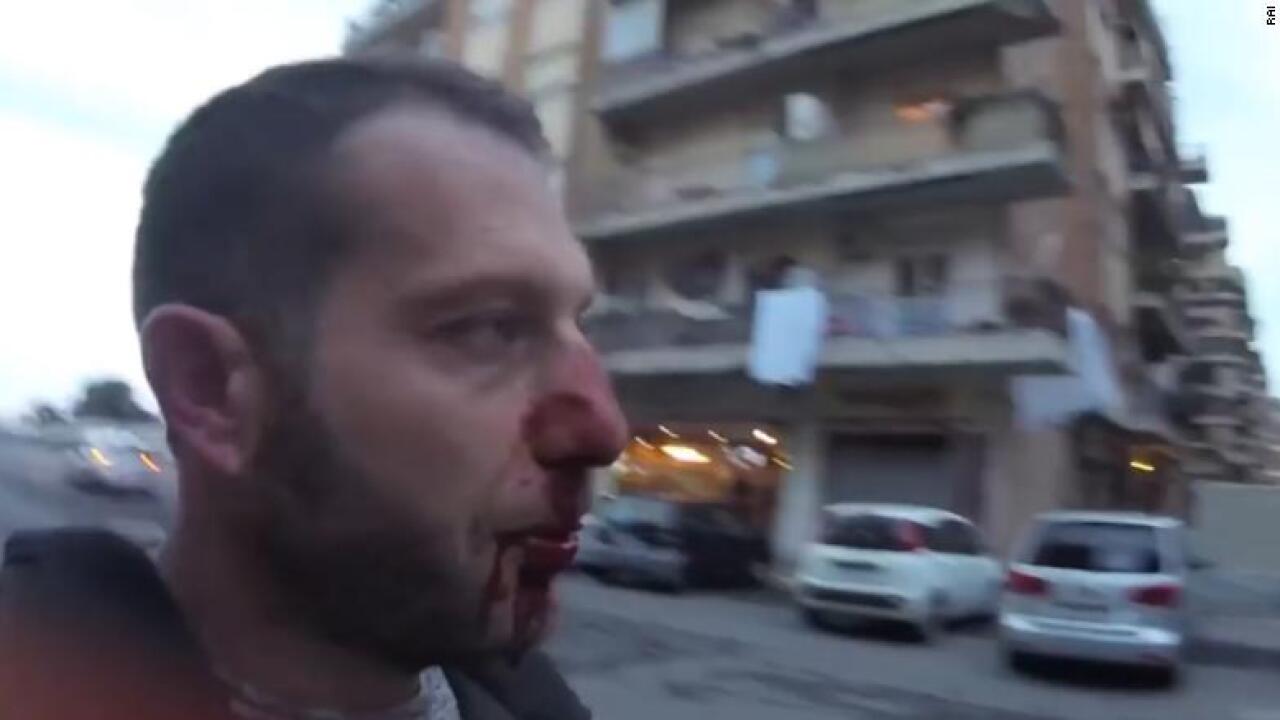 A reporter in Rome became part of the story he was covering when he was violently assaulted during an interview.

Daniele Piervincenzi, a reporter for Italian broadcaser Rai, was interviewing Roberto Spada, a supporter of a right-wing political movement known as Casapound, in Ostia, near Rome earlier this week.

At first everything was normal. Piervincenzi asked about a Facebook comment Spada posted in support of Casapound. Spada answered, if somewhat dismissively. Then suddenly, without warning and with the camera still recording, Spada head-butted the reporter.

But he wasn’t done. He then whipped out what appeared to be in video of the incident a metal pipe and repeatedly struck Piervincenzi and his cameraman with it. Piervincenzi suffered a bloody and broken nose. It’s not clear if the cameraman suffered any injuries.

Spada was later arrested and charged with aggravated assault.

‘Patience has a limit’

He posted an apology to Facebook, which was later deleted, in which he asked for forgiveness but also blamed Piervincenzi for the incident. Spada said he respected the journalist’s work but claimed that Piervincenzi and his cameraman barged into the gym where he trains and hounded him for an hour and a half for an interview.

“What would you have done?” he wrote in the post. “Patience has a limit.”