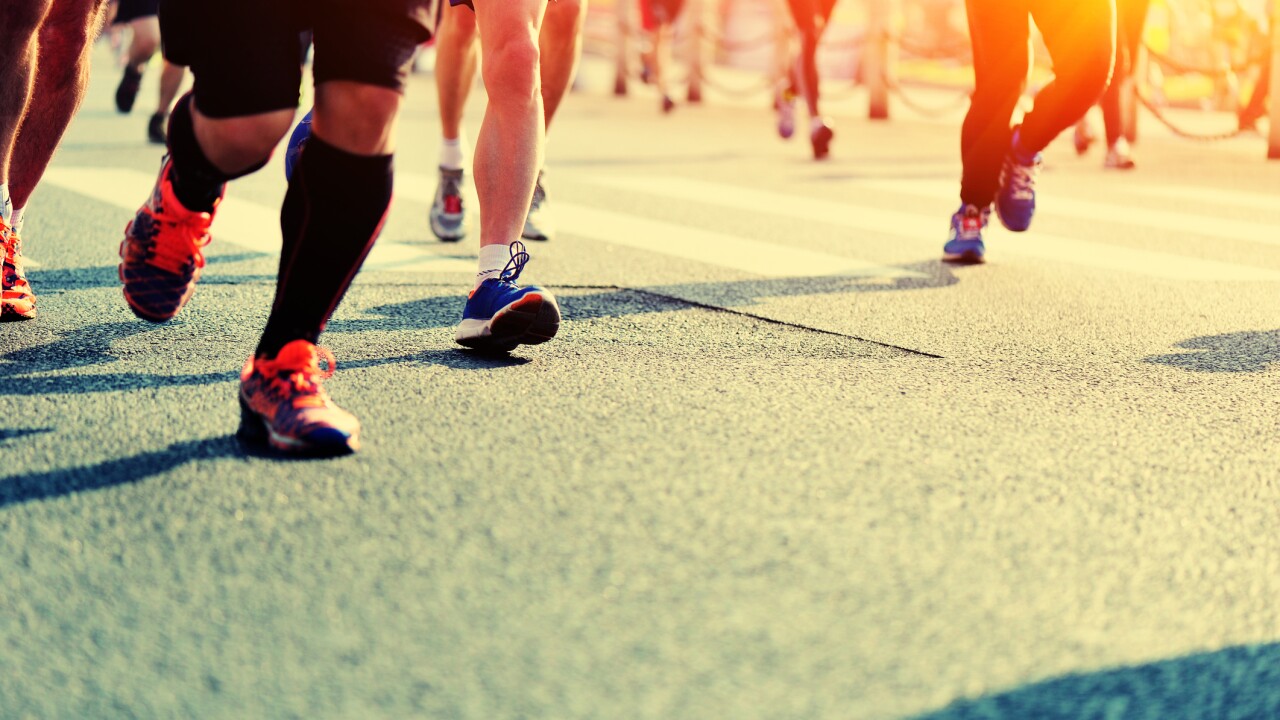 Runners showed up on Sunday morning to race in the TCS New York City Marathon, which went ahead as planned despite last week’s terror attack — the worst in the city since September 11, 2001.

On Tuesday, officials say, Sayfullo Saipov, a 29-year-old Uzbek living in New Jersey, drove a truck down a Manhattan bike path near the World Trade Center before slamming into a school bus.

On Thursday, Saipov was charged with federal terrorism offenses in the attack that left eight people dead and a dozen others wounded.

In the days since, city and state officials have assured attendees of Sunday’s marathon that the event would be safe, and they ramped up security.

“You’ll have thousands of officers on duty this weekend,” Gov. Andrew Cuomo said in a news conference on Saturday. “But I want to stress, this is just a precautionary measure. We have no information that points to any issues.”

The TCS New York City Marathon is expected to draw more than 50,000 runners, who will make their way through five boroughs while 2.5 million spectators cheer them on.

“I hear it’s the greatest walking tour of New York with 50,000 of your best friends,” said Michael Steiner, a 46-year-old from Maplewood, New Jersey, who is participating for the first time on Sunday.

Steiner said he feels great, and while the event is just days after last week’s attack, he’s only worried about one thing.

“The trap,” he said. “The biggest marathoner’s fear is that the adrenaline gets the best of you and you run way too fast in the beginning and get killed at the end.”

Peter Ciaccia, the president of New York Road Runners, the running club that organizes the marathon, and director of the race, told CNN’s Brynn Gingras that Sunday would be a “safe, great day for the city.”

“This is going to be a celebration of what makes New York City great,” Ciaccia said.

“The NYPD has been on this, and they’re on this every year. They’re a great partner of ours, we collaborate very closely with them,” he said. “But they’re the best in the business. They know what they’re doing.”

The marathon, which boasts a $100,000 prize to the first place male and female winners, attracts people from around the world, whether they be diehard fanatics or casual runners. And those that spoke to CNN echoed Steiner’s sentiment.

“I can’t live my life being afraid of what could happen,” said Ursula Forrester, 46, from Rocky Mountain, North Carolina, when asked if she was worried about security after the attack. “The truth of the matter is, those types of things could happen any time, any place.”

Sunday’s race will be her 14th marathon, Forrester said, and the first since she was diagnosed with multiple sclerosis.

“This race has personal meaning to me,” she said. “I’m grateful for a chance to do this. I won’t let fear stop me.”

Forrester said she is confident the organizers of the race and local authorities are taking the necessary precautions and security measures to ensure the safety of runners and spectators. It’s not worth worrying about a potential terror attack, Forrester said, because that danger could exist anywhere.

“I don’t want that person and their actions to stop me from living my life and accomplishing the goal that I have: to run the marathon tomorrow.”

“I felt it was a tragedy,” Swiss said of the attack, “but I didn’t give it a second thought in regard to the marathon, because the security is pretty intense.”

Swiss knows more about public attacks than the typical runner. He was at the Boston Marathon on April 15, 2013, when two brothers carried out a double bombing at the finish line, killing three and injuring at least 264.

He had reached mile 25¾, Swiss said, when he came to a “wall full of runners, just stopped in their tracks.”

“It was a bittersweet moment,” Swiss said, remembering that day. “It was a tragedy, but it also brought out the best in people.”

He recalled how Bostonians opened their doors and sheltered runners, and how some went straight to the hospital to donate blood.

“The New York City Marathon is similar,” Swiss said, “in the sense that people come from all walks of life, and for one day, everyone’s on the same page. It’s a really beautiful event.”

Remi Chian, a 57-year-old from Brooklyn, only started running four years ago, he said, but he has run about four dozen events.

“I just have a passion for the running sport. I run as often as I can, especially with the New York Road Runner races,” he said, referring to the running club that organized Sunday’s race.

He said he was shocked when he heard about last week’s attack, but he waited for the facts to be straightened out. But regardless, he feels “safe and confident” about the race.

“I wouldn’t hesitate,” he said. “If you cower before such acts, they pretty much win. So you go about your life and do the best you can.”