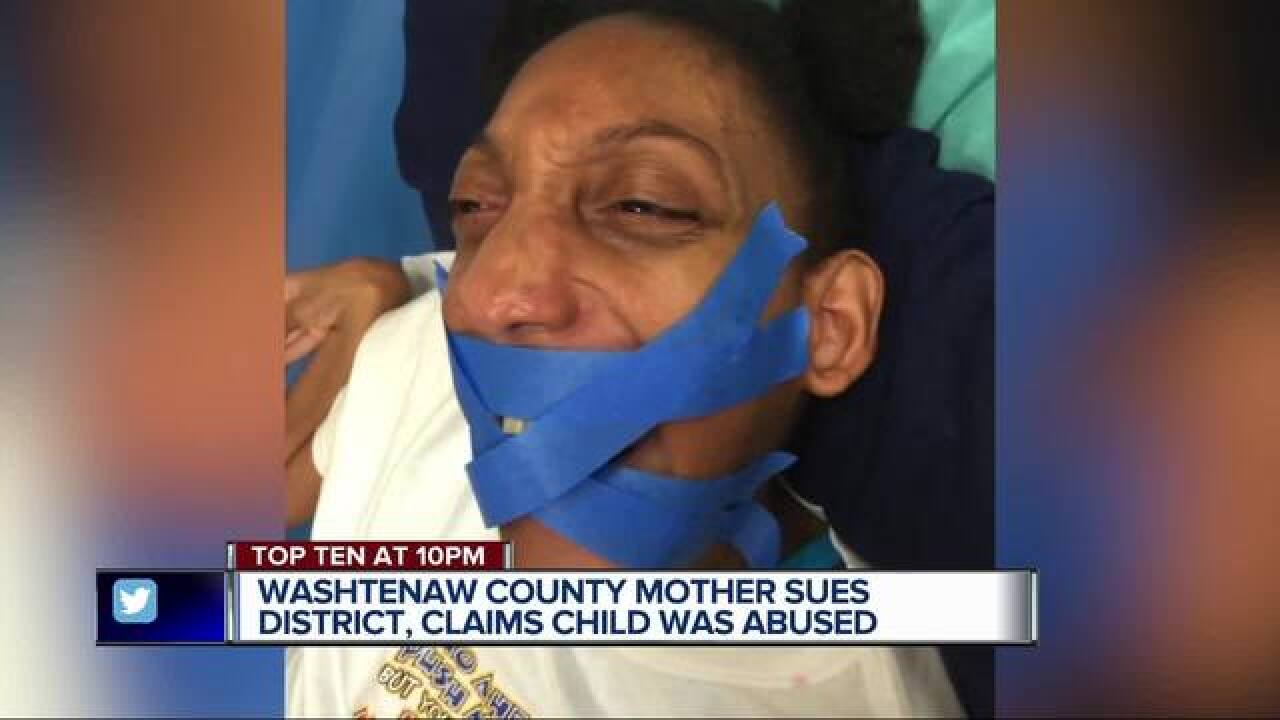 A federal lawsuit filed on behalf of a 27-year-old woman with cerebral palsy alleges that a teacher used duct tape to close her mouth because she was making too much noise in her special education classroom.

The suit, filed this week, said staffers overmedicated Rosa Smith, left her in a bathroom and slapped her. It alleges that the teacher, Nesa Johnson, duct-taped Smith’s mouth shut and texted her mother a photo of it with the caption “Help. She won’t be quiet!!!!”

There were two aides in the classroom at the time in addition to the teacher, the suit says.

The Washtenaw School District said in a statement that no one reported the incident when it happened.

“The intensive program that Rosa was in, every time the parents would report a problem the school, would assure them that it was safe and that they were going to resolve the issues,” the Smith family’s layer, Jonathan Marko, said Thursday. “This was not a situation where they could pull their daughter out of the school and put them in another school. It’s not that easy. This is an intensive program she was put into that was supposed to keep her safe.”

The Washtenaw Intermediate School District told CNN it was not aware of any issues with Smith at the time and took immediate action once it was.

“As to the subject of this lawsuit, the family did not report this, or any other complaint to the district, until nearly a year after it occurred,” the district said in a statement.

“During that subsequent year, the student continued attending school, in the same classroom, with the same teacher. When we were first informed of the family’s concern, we immediately conducted a complete investigation and took appropriate remedial action.”

Rosa Smith withdrew from High Point School and now receives full time care and instruction from her parents at home, who are retired.

Johnson is no longer employed by district and said she did not wish to comment when reached by CNN.