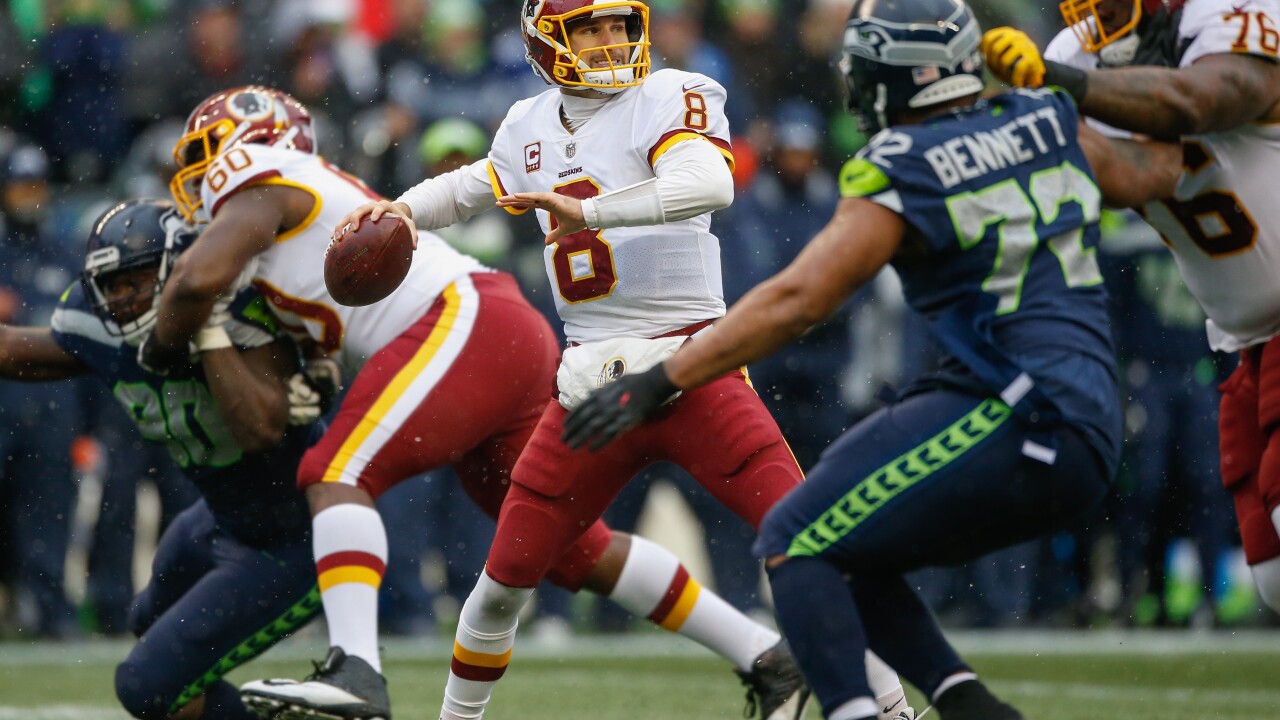 SEATTLE, Wash. – Kirk Cousins had a Seattle Seahawks defensive linemen in his face all evening, but when the game was on the line, Cousins made the throws that mattered.

After Russell Wilson found Doug Baldwin for a 30-yard touchdown toss with 1:34 remaining in the game to take their first lead of the evening, Cousins responded promptly.

Washington (4-4) used 35 seconds to drive 70 yards in four plays to take back the lead. On that drive, Cousins found Brian Quick for a 31-yard gain, then hit an outstretched Josh Doctson down the sideline for a 38-yard gain to the Seahawks one-yard line.

Seattle (5-3) tried a Hail Mary attempt with :04 seconds remaining, but was broken up by DeAngelo Hall, who also returned punts for the ‘Skins in his first game active since Week 3 in 2016.

This win saved the Redskins from falling two games under .500, and puts them in position to push for a wild card spot in the NFC playoff race.

The outlook wasn’t too bright before the game started, especially with all the injuries Washington was nursing. For the second straight week, the Redskins played without three of their starting offensive linemen.

Cousins was sacked six times today, highlighting how much the injuries hinder the chemistry in the trenches, but somehow, the team still found a way.

Washington was out-gained by Seattle 437-244. With Jordan Reed and Jamison Crowder out, Vernon Davis was the leading receiver, hauling in six catches for 72 yards.

Doug Baldwin led the Seahawks receiving core with seven catches for 108 yards and a touchdown. Russell Wilson was picked off twice, once by Will Compton, and another time by Kendall Fuller.

The ‘Skins start the second half of the season next week at home against the Minnesota Vikings.