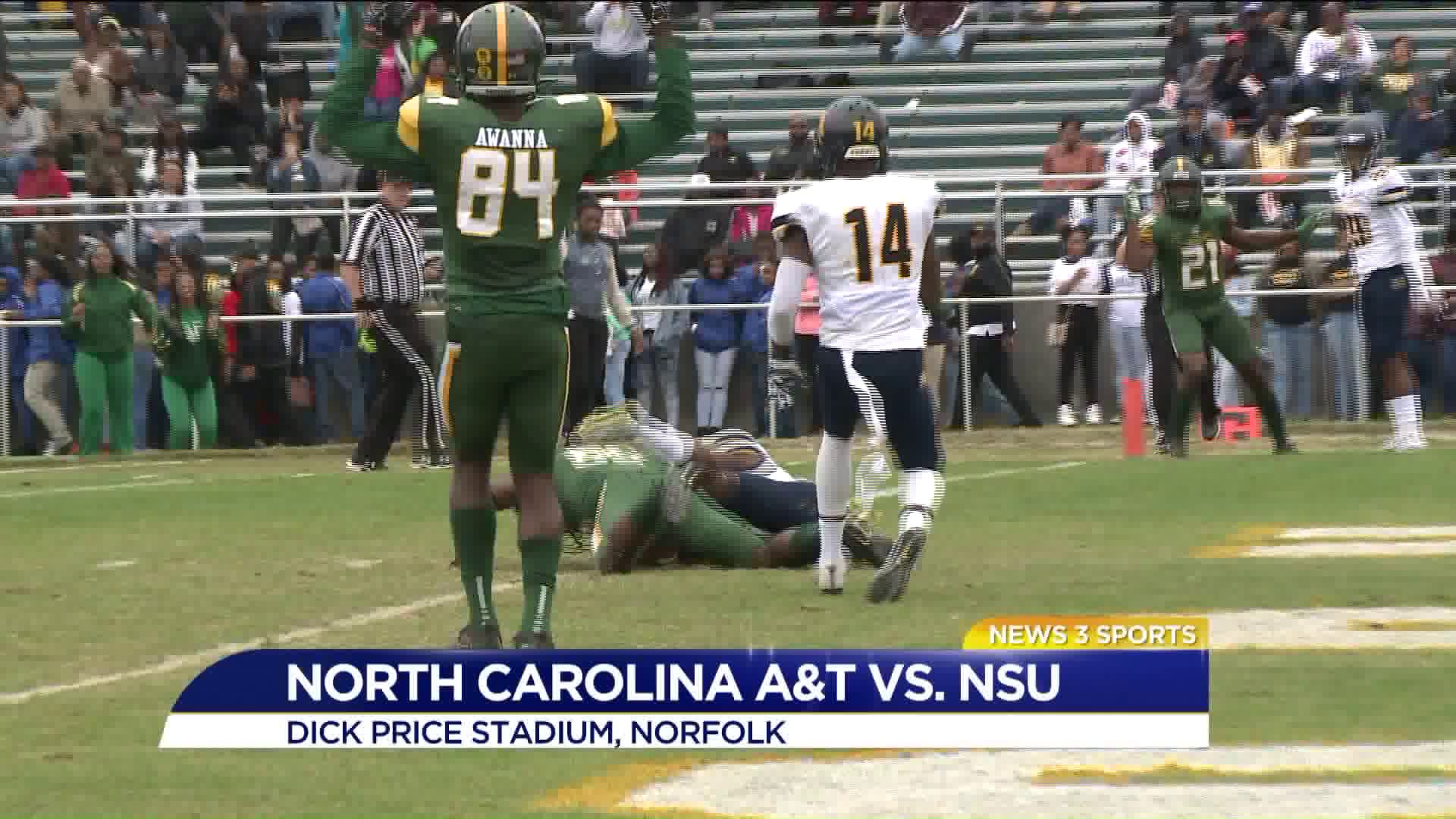 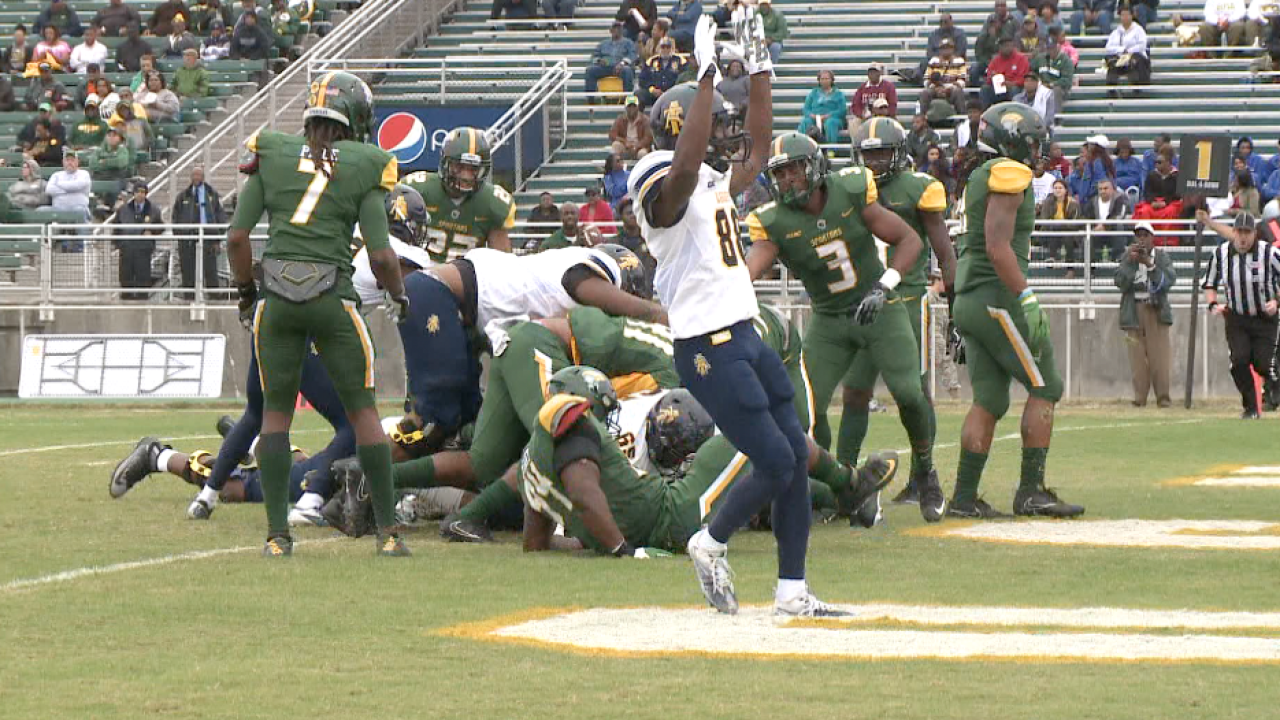 Aggie quarterback Lamar Raynard passed for 277 yards and scored on a pair of 1-yard runs, while Marquell Cartwright rushed for 104 yards for the first-place Aggies (9-0, 5-0 MEAC). Spartan quarterback Juwan Carter passed for 146 yards and a second-quarter TD to fellow freshman Isaiah Winstead for the Spartans (3-6, 3-3).

Raynard's first 1-yard TD run of the day caped the Aggies' opening possession, which covered 65 yards in 10 plays. A&T extended its lead to 14-0 at the 10:56 mark of the second quarter when Jeremy Taylor stepped in front of an NSU receiver and returned an interception 47 yards for another touchdown.

The Spartans cut their deficit in half heading into the locker room with an impressive drive late in the second quarter. Carter completed passes of 26 yards to George Wahee and 22 to Marcus Taylor on the 69-yard march, the latter of which gave NSU a first-and-goal. Winstead capped the drive by snaring a pass from Carter, his high school teammate, around the Aggie 1-yard line and fighting his way through two defenders into the end zone. Josh Nardone's PAT brought NSU within 14-7 with 3:09 left in the first half.

The Aggies threatened to score again before the half, but Spartan cornerback J.T. Wahee intercepted a pass by Raynard at the NSU 16 with five seconds left before the intermission.

But the Aggies controlled the second half, scoring on their first two drives of the third quarter. Raynard capped a 14-play, 83-yard drive that opened the quarter with another 1-yard sneak to give A&T a 21-7 edge.

Aggie defensive back Jamaal Darden intercepted Carter on the ensuing possession and returned it to the NSU 45. Cartwright rushed for 44 yards on the first play following the interception, then plunged in from the 1-yard line on the following snap after his long jaunt to extend the advantage to 28-7.

Jamar Smith scored on a 1-yard run on the Aggies' first drive of the fourth quarter for the final points of the day.

George Wahee, Marcus Taylor and C.J. Jones each caught three passes for the Spartans, with Wahee leading the way with 50 receiving yards. Carter completed 14 of 32 passes for 146 yards to go with one touchdown and two interceptions.

Anthony Smith, one of 14 NSU seniors playing in their final home game, led all players with 15 tackles. Aaron Chandler (11) and J.T. Wahee (nine) both notched career highs in tackles, with Wahee intercepting two passes and deflecting two others.

The Spartans close their 2017 season with two straight road games, beginning with a 1 p.m. matchup at Howard next Saturday in Washington, D.C.