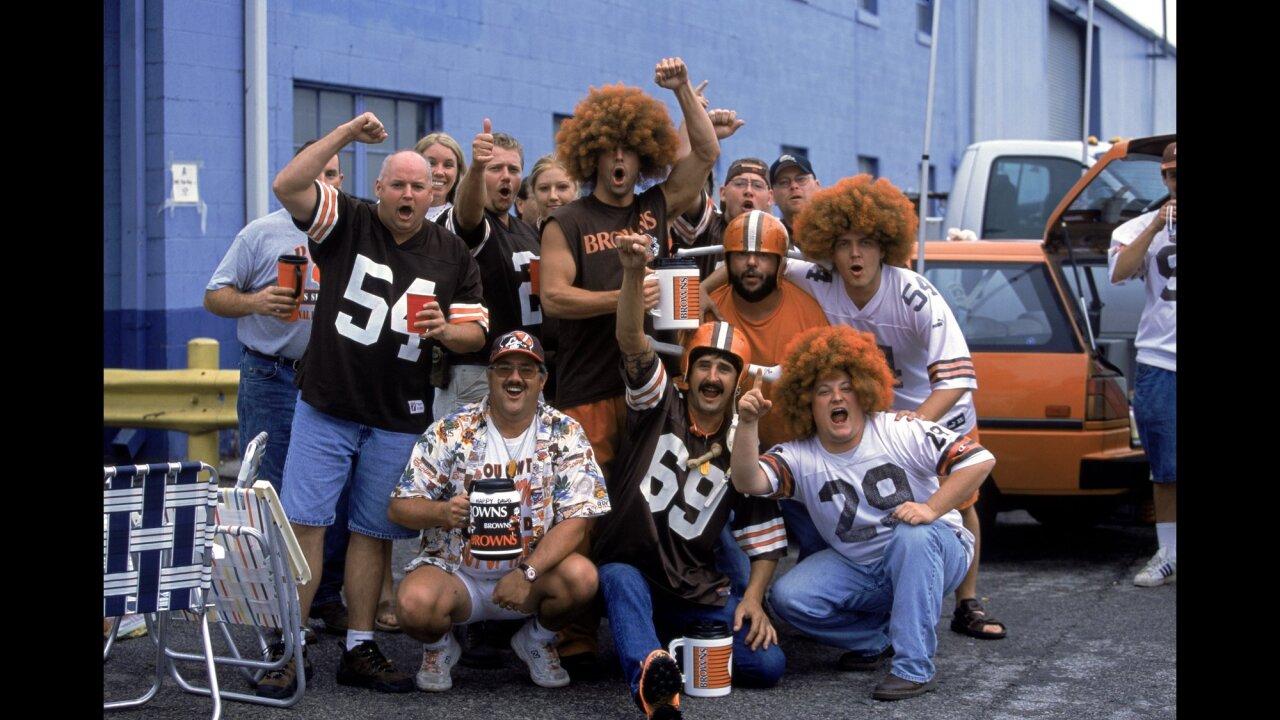 College football fans have arguably created some of the most recognized and bizarre ones. From graveyards to cowbells to $2 bills, here’s a look at eight of college football’s strangest traditions:

Remember when you and your friends would launch toilet paper rolls high into the trees of your arch enemy’s house? And how you’d rejoice for weeks as said enemy tried (and failed) to extract the TP?

Though paper had been tossed at Toomer’s Corner after Auburn victories for years before, toilet paper wasn’t introduced until after Auburn’s surprise 1972 win over their hated rivals, the then second-ranked Alabama Crimson Tide.

In the week leading up to the game, former Auburn star Terry Henley had boasted that his Tigers would “beat the No. 2 out of Alabama.” Sure enough, they eked out a 17-16 win over the Tide, and the tradition of adorning Toomer’s Corner in toilet paper was born.

Most die-hard college football fans will never forget where they were for their team’s biggest wins, but for fans of the Florida State Seminoles, those memories are literally etched in stone. In a cemetery. On actual tombstones.

But there are no remains in this graveyard — just clumps of grass stolen from opponents’ fields and then buried beneath headstones.

This “sod cemetery” tradition began in 1962 when a Florida State professor challenged his team to bring back some grass from their match with the heavily-favored Georgia Bulldogs. FSU won that game and has been burying grass from the losing team’s field ever since. Today, there are rules concerning which wins merit a memorial: the Seminoles must be underdogs, or the victory must be in a championship or bowl game.

The running of the buffalo

The University of Colorado Boulder’s mascot is a buffalo, which is cool — buffaloes are big and intimidating, and millions of their cousins — the bison — once roamed the mountains and prairies of Colorado long before football stadiums existed.

But for CU Boulder football, simply channeling the raw power of a buffalo into their on-field performance is not enough. No — at Colorado home games (and the occasional road trip), “Ralphie” — a real, live 1,200-pound bison — sprints across the field, flanked by five extremely brave handlers. Contrary to popular belief, Ralphie is actually a female since females tend to be less aggressive than males.

During her runs, Ralphie can reach speeds of more than 25 miles per hour and — on more than one occasion — has broken away from her human handlers.

If you’re heading to a Texas A&M game and hear screaming and yelling on a Friday night, don’t be alarmed — you didn’t somehow miss kickoff.

Each Friday night before football games, more than 25,000 fans pile in to A&M’s stadium (or another location for away games) for “Midnight Yell” — aka a chance to scream at the top of their lungs and boast about how they’ll conquer their opponents the next day.

The tradition dates to 1931 when a group of freshman gathered to practice chants at midnight on the front step of the school’s YMCA building. Soon, a crowd assembled and one of college football’s loudest traditions was born.

Contrary to Christopher Walken’s belief, there is such a thing as too much cowbell. Exhibit A: Mississippi State football games.

Wielding maroon and white cowbells in a merciless assault on the ear drums, no fan base inflicts hearing loss on its opponents quite like the Mississippi State Bulldogs.

This obnoxious tradition began in the 1930s and has survived bans and fines aimed at curbing the practice. Today, new rules stipulate that the Bulldog faithful can only ring their bells before kickoff, during timeouts and halftime, or following a Bulldogs score.

So if you find yourself in Starkville, Mississippi with cowbell fever, just know there IS a prescription — it’s called ear plugs.

In an age where most prefer credit cards and apps, Clemson fans still prefer paying cash — $2 bills in particular.

This tradition began 40 years ago when Georgia Tech’s athletic department decided to discontinue the school’s annual showdown with the Tigers — after years of a spirited rivalry. The news upset Clemson fans, who decided to strike back with their pocket books, though not in the traditional sense.

Clemson fans took out tons of $2 bills from local banks, stamped them with the school’s signature orange tiger paw logo, and spent them all over Atlanta, Georgia, to show the buying power of the Tiger faithful. To this day, Clemson fans still travel to away games with plenty of $2 bills on hand to make their presence known.

Many broke college students have been there, forced to subsist on ramen noodles and Pop-Tarts until your next paycheck arrives from work … or mom and dad. But at the University of California in Berkeley, even the poorest (or cheapest) football fans can catch a glimpse of the big game, even if it’s sold out.

Aptly nicknamed “Tightwad Hill,” this mountain of dirt and trees that rises above the stands of Cal’s Memorial Stadium is the unofficial gathering spot for penny-pinching fans.

The hill is known to attract a more colorful breed of fan, so if you’d rather not spend hundreds to get in to the stadium, take a seat on the hill and enjoy the game and people-watching.

From the floors and ceilings to the lockers and even the urinals, visiting teams to the Iowa Hawkeyes’ Kinnick Stadium are greeted with an entire locker room coated entirely in a Pepto-Bismol-y shade of pink.

But why? There’s actually a bit of science behind it.

The paint job is the work of legendary University of Iowa coach Hayden Fry, who coached the Hawkeyes from 1979 to 1998. Before his career as a football coach, Fry earned a master’s degree in psychology where he learned about the emotional effects of color, hence the pink hue that greets visitors to Iowa’s stadium.