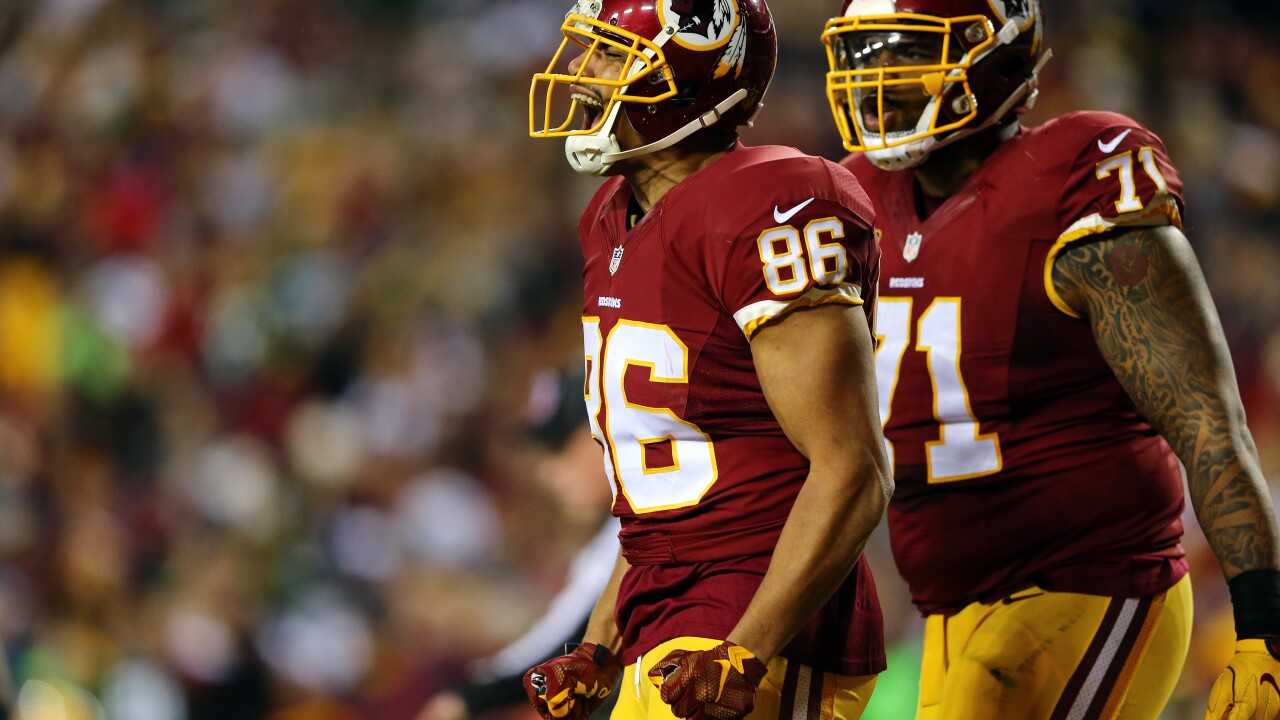 ASHBURN, Va. – The injury bug continues to plague the Redskins this season. For the second straight week, the team will face a surging Seattle Seahawks team without some of their key pieces.

The team announced Friday afternoon that tight end Jordan Reed will miss Sunday’s game with a hamstring injury. Reed has a history with hamstring injuries and could be sidelined for multiple weeks, as the indication that he would be out came early in the week.

Wide reciever Jamison Crowder, who had a breakout (9 catches, 123 yards) last week against Dallas, is listed as questionable with a hamstring injury as well.

“I just think we have to move people around a little bit if Jamison can’t go.” said head coach Jay Gruden on Thursday. “It’s a good thing we have a couple receivers that know all three spots, which is important, and we will just have to make do.”

Tight end Niles Paul is ruled out as he continues to recover in the concussion protocol. Vernon Davis will be the starting tight end, while 2017 fifth-round pick Jeremy Sprinkle will be the other active tight end.

The whole starting offensive line has been banged up for a few weeks. Right tackle and former UVA star Morgan Moses has been dealing with ankle issues all season but will be in action Sunday. Trent Williams (knee) & Spencer Long (knees) however, are listed as doubtful.

Brandon Scherff injured his knee vs. the Eagles (Photo by Elsa/Getty Images)

Brandon Scherff, has been dealing with knee problems as well but is listed as questionable, Gruden said on Thursday that “things are looking up,” for him to play on Sunday.

The Redskins and Seahawks kick off at 4:05 p.m. on Sunday.