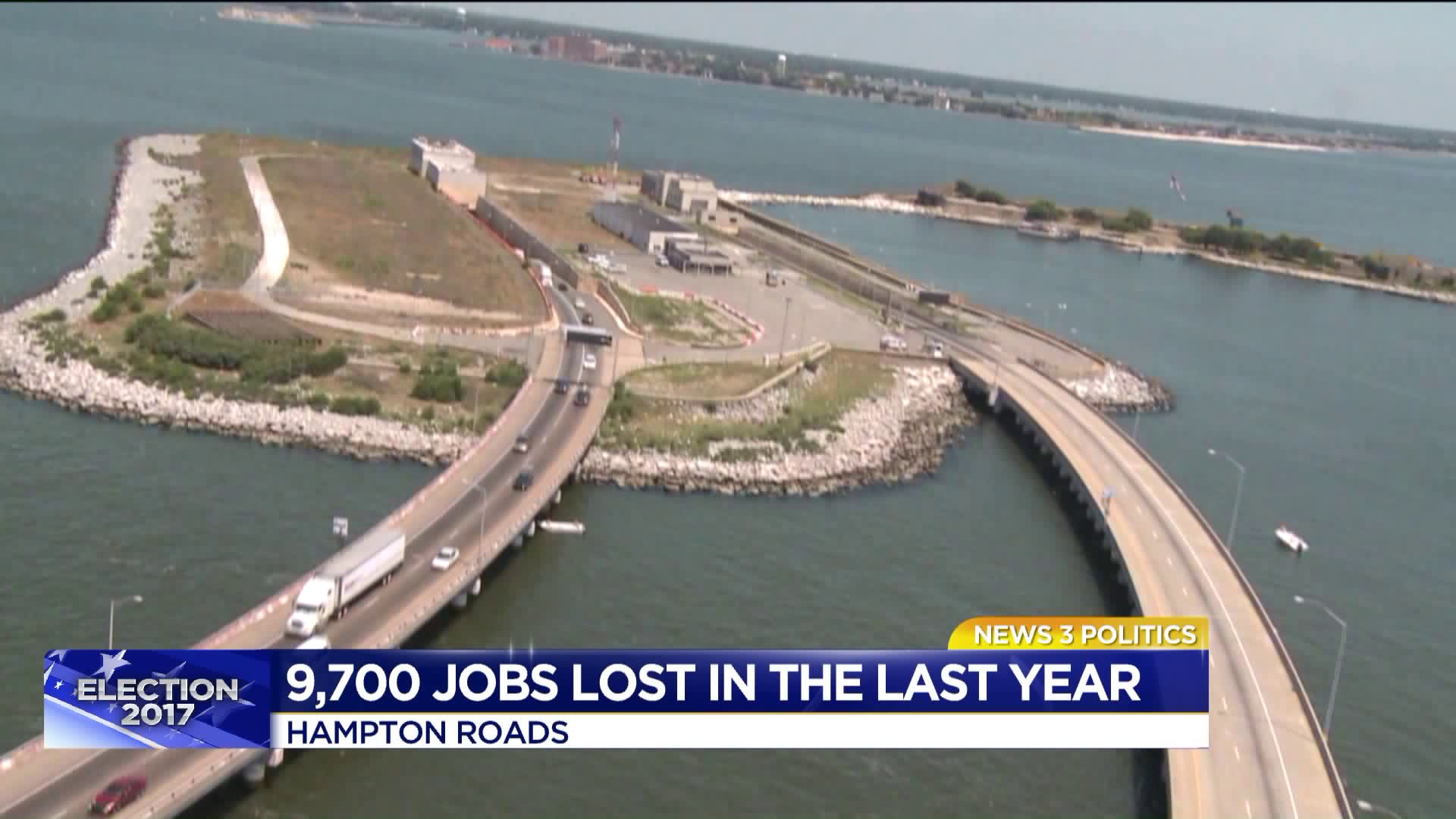 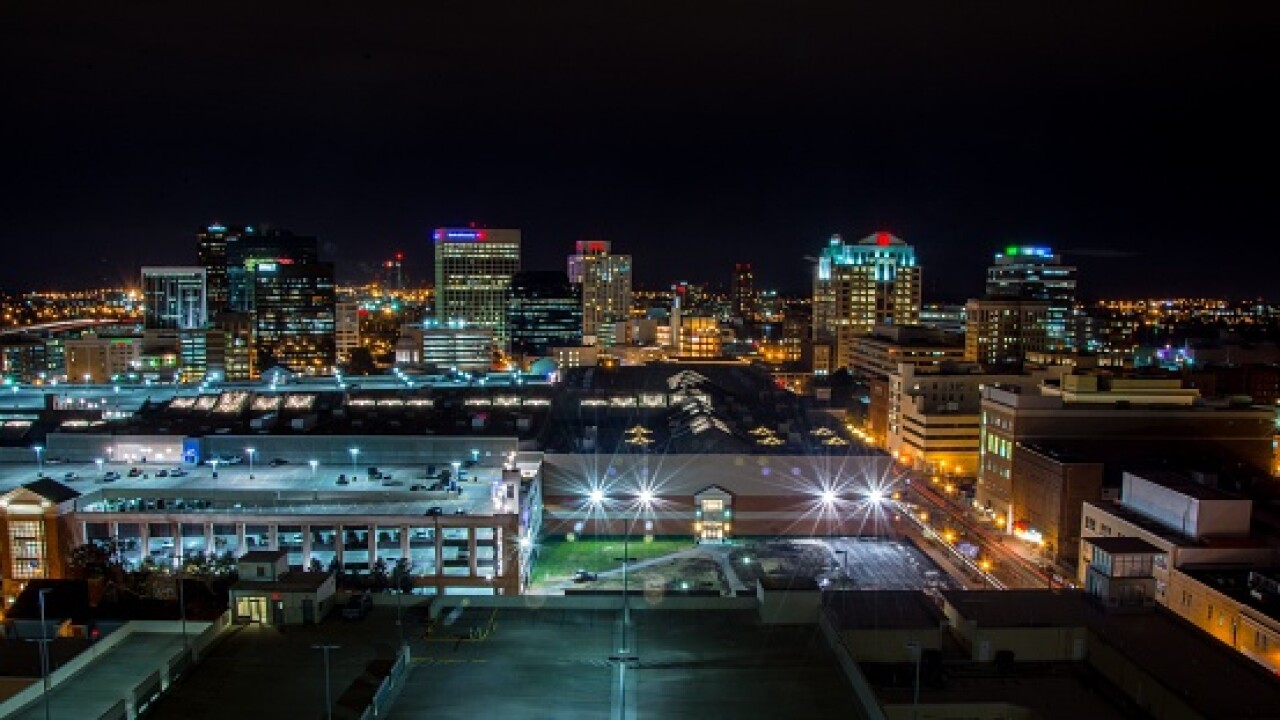 NORFOLK, Va. - A report from Mangum Economics says Hampton Roads lost 9,700 jobs between Sept. 2016 and Sept. 2017. Now, the candidates for governor are touting their plans to give the region a boost.

The report was done on behalf of the Virginia Chamber of Commerce. While Hampton Roads lost nearly 10,000 jobs, the entire state gained 34,200, according to the report.

Fletcher Mangum, the author of the report, says the area saw job losses in retail and in the hotel industry, suggesting a slower year for tourism.

Republican Ed Gillespie has used the report as a reason why voters should choose him over Democrat Ralph Northam on Election Day.

"Hampton Roads should be an economic driver for the entire Commonwealth," he said in a recent interview with News 3.

Gov. Terry McAuliffe cited cuts to defense spending, known as sequestration, as a continuing reason for the job delcine, but took credit for lowering the state's unemployment rate since he took office in 2013. "[Hampton Roads] got hit hard with sequestration. That's been my argument since day one," he said. "We've got to diversify. We can't just rely on defense."

Northam also said he was proud of the economy under the current administration during an interview in October. "We've really promoted our economy, talked about the good things about Virginia," he said. "[We've] promoted economic opportunity for all Virginians no matter who you are, no matter where you are."