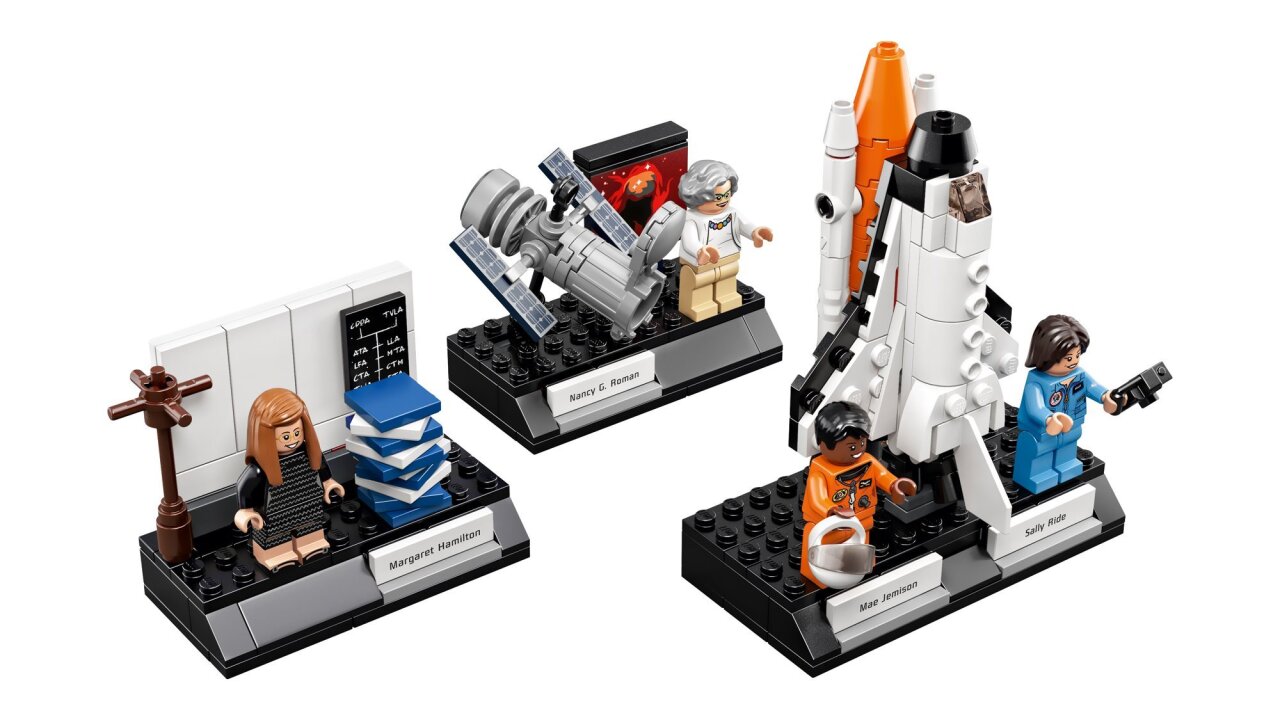 The set features four women from the US space program.

The set went on sale Wednesday morning, at a price of $24.99, and it quickly sold out on Amazon, creating great positive feedback on social media under #WomenofNASA.

“Women of NASA” was first pitched to Lego Ideas in 2016 by Maia Weinstock, deputy editor of MIT News, under the headline “Ladies rock outer Space.”

Weinstock has been designing custom mini-figures of scientists and engineers for more than seven years as a way to increase the visibility of professionals doing fascinating things in the STEM fields.

“I wanted to provide kids with a play experience that would help them learn about these women in particular but also to help boys and girls know that women have been a part of NASA’s history from the beginning, even though their work has often been overlooked or underappreciated,” Weinstock said.

The final design of the set was done by Lego designers Tara Wike and Gemma Anderson. Wike visited Weinstock and Margaret Hamilton, one of the scientists in the set, to present the final design.

“It was a great experience to give these amazing women their new Lego identity and a great honor to personally present Margaret Hamilton with her very own minifigure,”Wike said in a news release, adding that she hopes this set will inspire children to make their dreams come true.

In the past, the toy manufacturer has been criticized for the lack of professional female characters, and after a letter written by a 7-year-old in 2014 made headlines, Lego began working on stronger female characters.

“Any product that lets girls see themselves in careers like this is important for children of all genders,” said Weinstock. “It provides girls an added boost in thinking that they can pursue a career such as mathematics or engineering, especially because traditionally girls have not been encouraged to be a part of these and other technical fields. It also shows boys that girls and women belong in these areas and have been contributing important works to them throughout history.”

Although the “Women of NASA” set is sold out on Amazon, it was still available on the Lego store website on Thursday night.