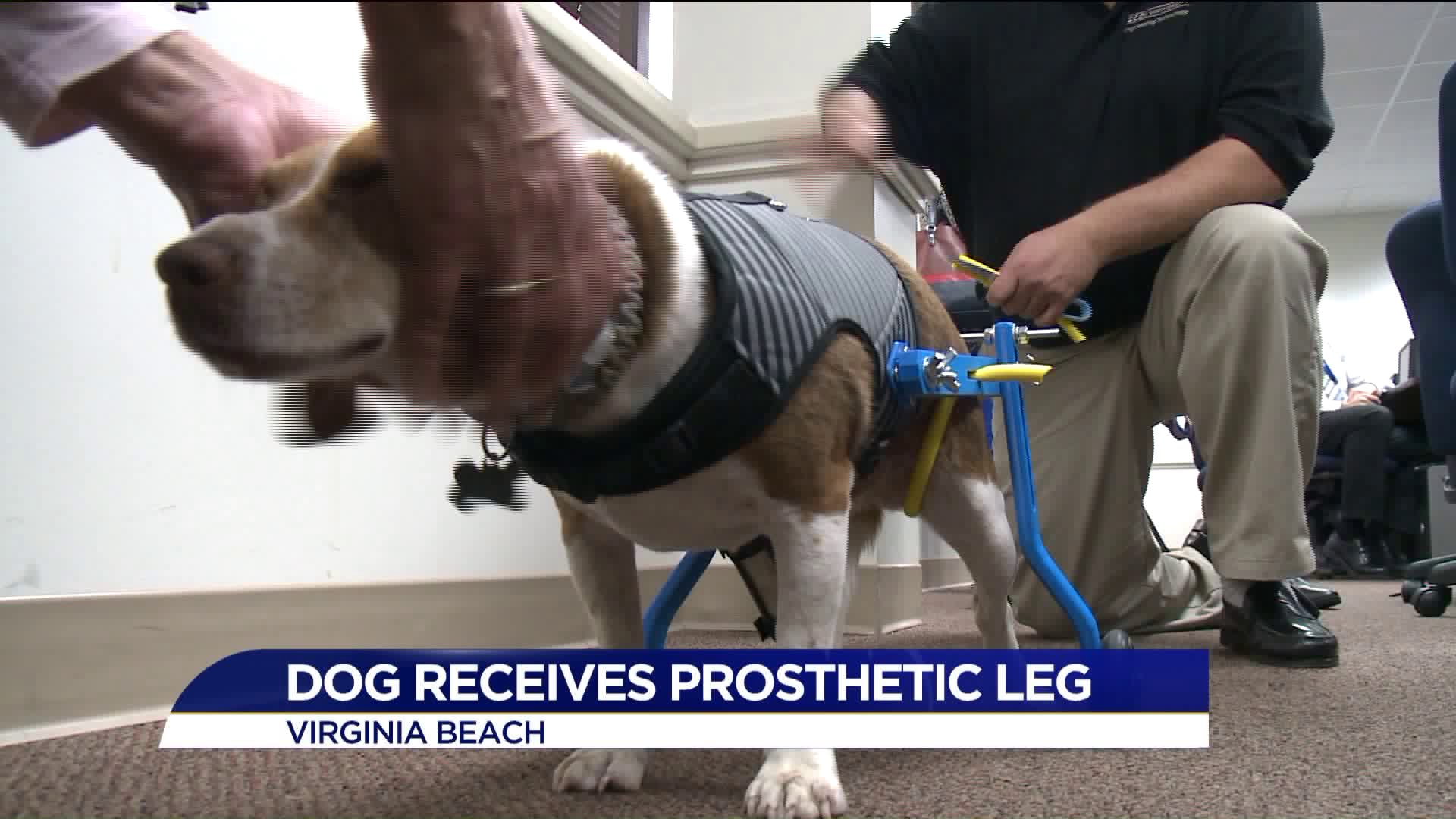 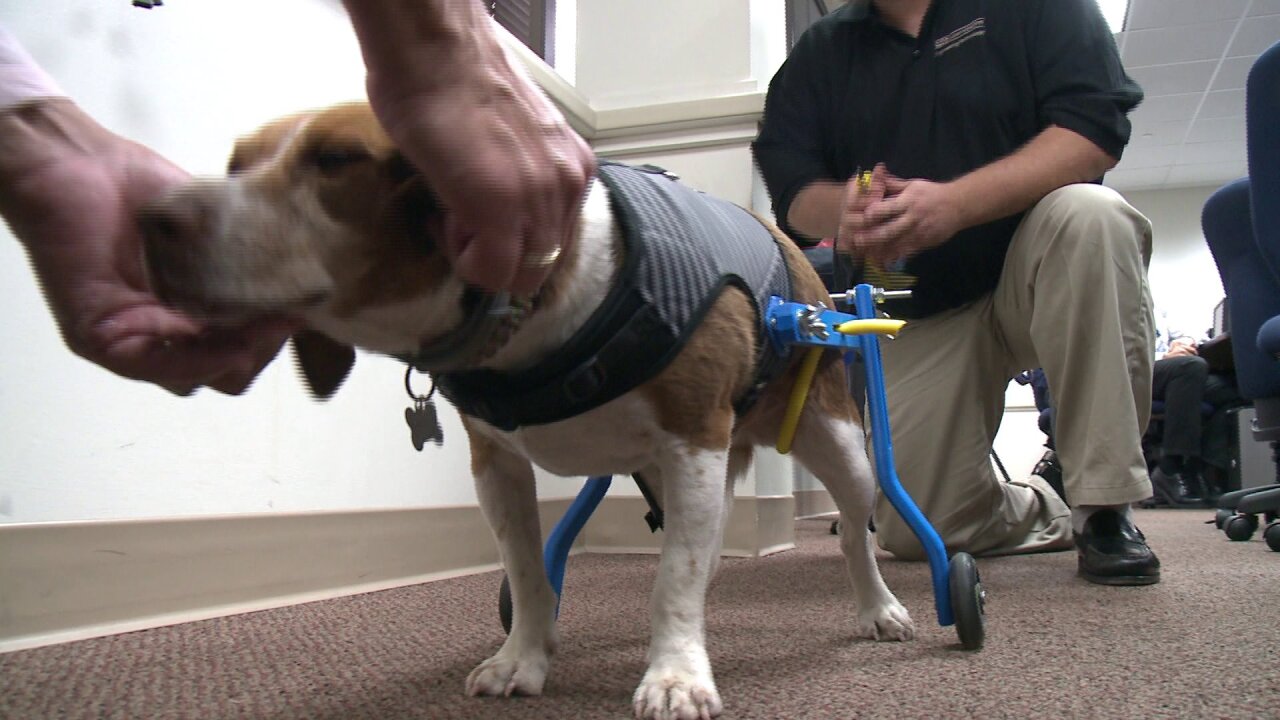 VIRGINIA BEACH, Va. - Ray Ray is on the move thanks to his friends at ECPI University.

After the four-year-old beagle got his foot caught in a trap, veterinarians had to amputate part of his leg.

His story reached Vedat Aksoy, director of CAD (computer-aided design) and graphics at the Virginia Beach campus of ECPI University, who saw this as an opportunity to provide a real-world learning experience for his Capstone class all while helping an animal in need.

Dr. Aksoy challenged his students to design and build a new prosthetic limb for Ray Ray by using their newly-learned skills in CAD software, design and 3D printing.

Ray Ray visited the campus Wednesday to have his new limb fitted.