Coffee, guns and veterans: How a Navy lieutenant turned his passions into a brand 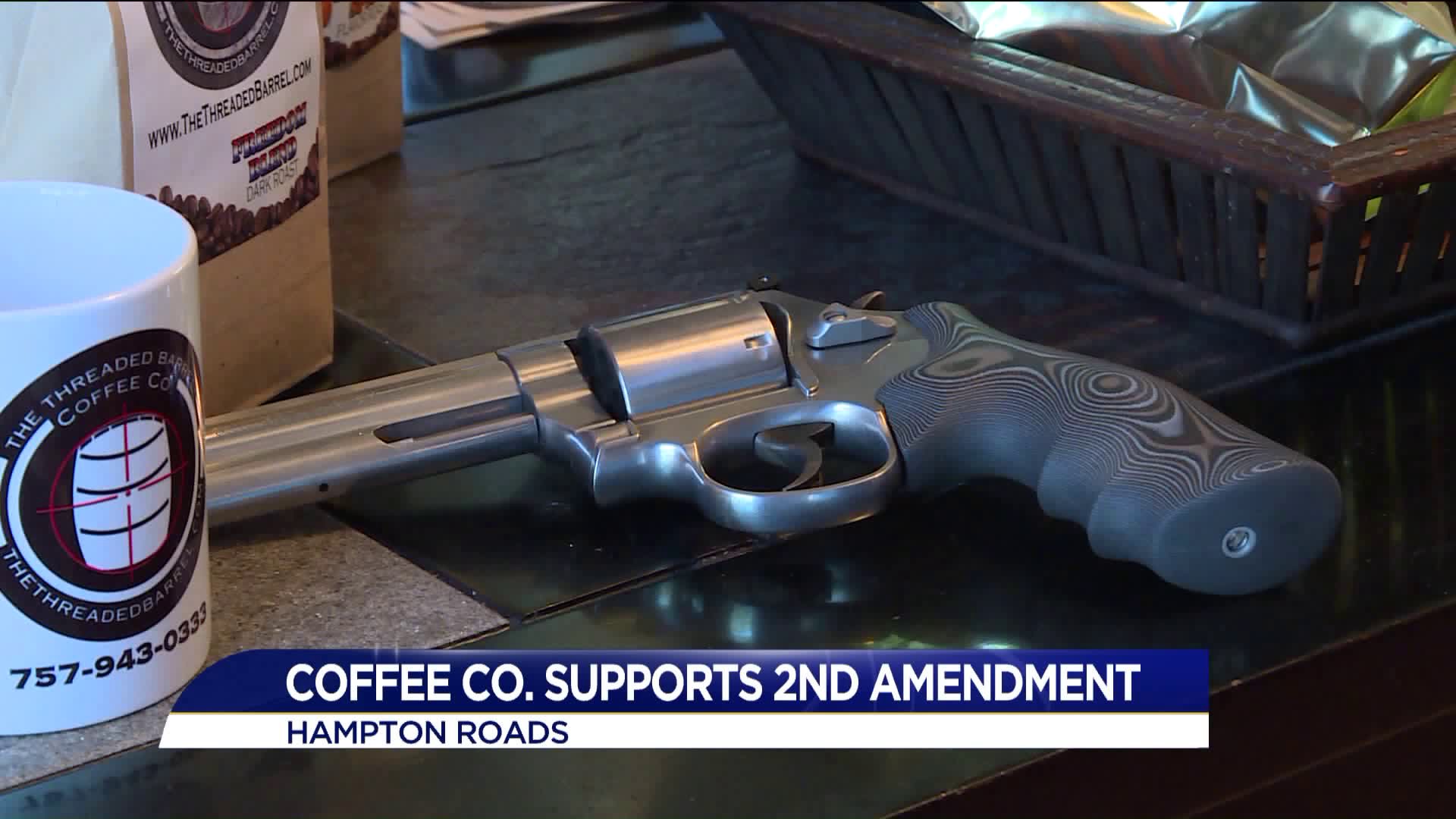 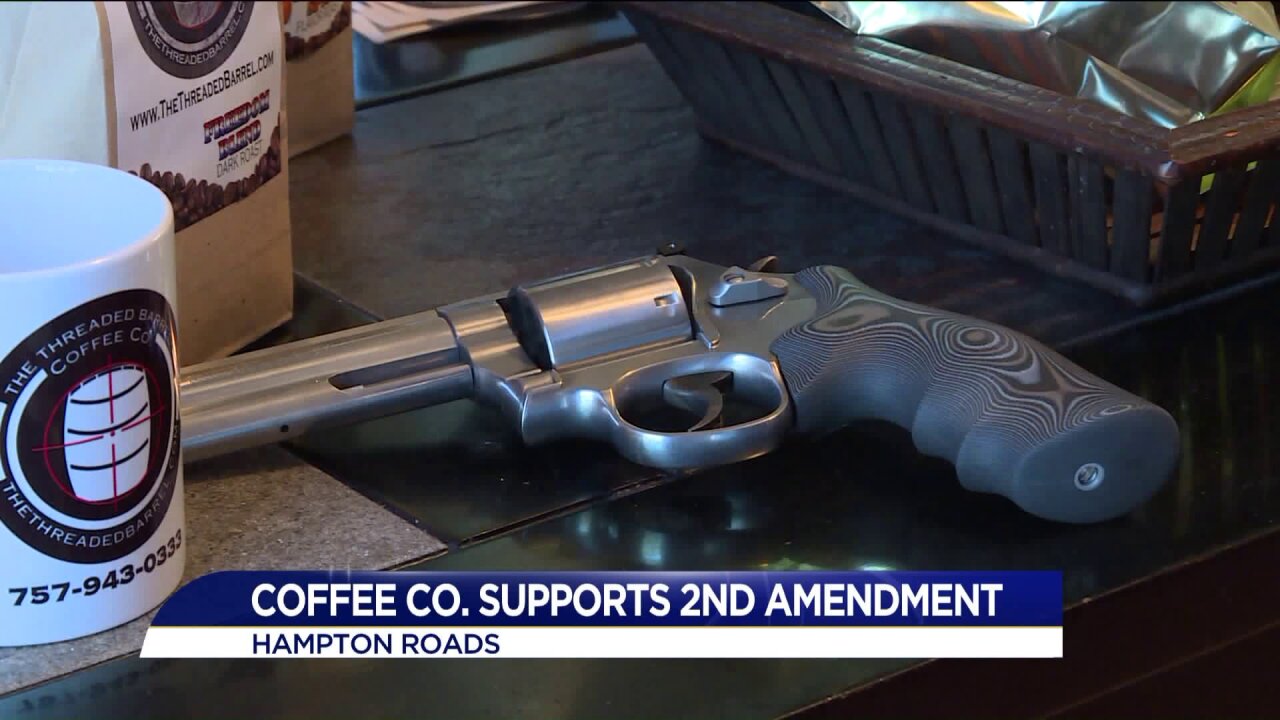 VIRGINIA BEACH, Va. - Lt. Dan Farnsworth started The Threaded Barrel to give pro Second-Amendment and veteran communities a coffee geared toward them. Since the company's inception last August, they have partnered with Veterans of Foreign Wars and local retailers that sell their coffee.

"It's very unfortunate that there are businesses out there who feel the Second Amendment is somehow a threat to safety in our society. I think really the key to combat that is awareness and education and that's where we seek to bring our niche to the market," said Lt. Farnsworth.

He's referring to Starbucks' CEO Howard Schultz requesting customers not to bring guns into their stores.

"We feel like we provide an alternative opportunity and a product that's local while inviting them to bring their lawfully owned guns," said Lt. Farnsworth.

He's also a firm believer in supporting local businesses and believes others in Hampton Roads want to do the same. While The Threaded Barrel coffee beans are imported from Brazil or Colombia, they are ground in Hampton Roads.

It's been more than a year since The Threaded Barrel first started, but Lt. Farnsworth estimates they've sold more than 1,000 bags of coffee. The company also has partnered with Veterans of Foreign Wars and donates $1 from each bag of their VFW blend back to the non-profit. Locally, people can buy The Threaded Barrel at Ghost Army Tactical and Flutterby Soap Co.

In the future, Lt. Farnsworth dreams of a brick and mortar store, where folks can come sip on a latte, flat white or cappuccino, be able to carry their guns and have an open discussion about their beliefs.