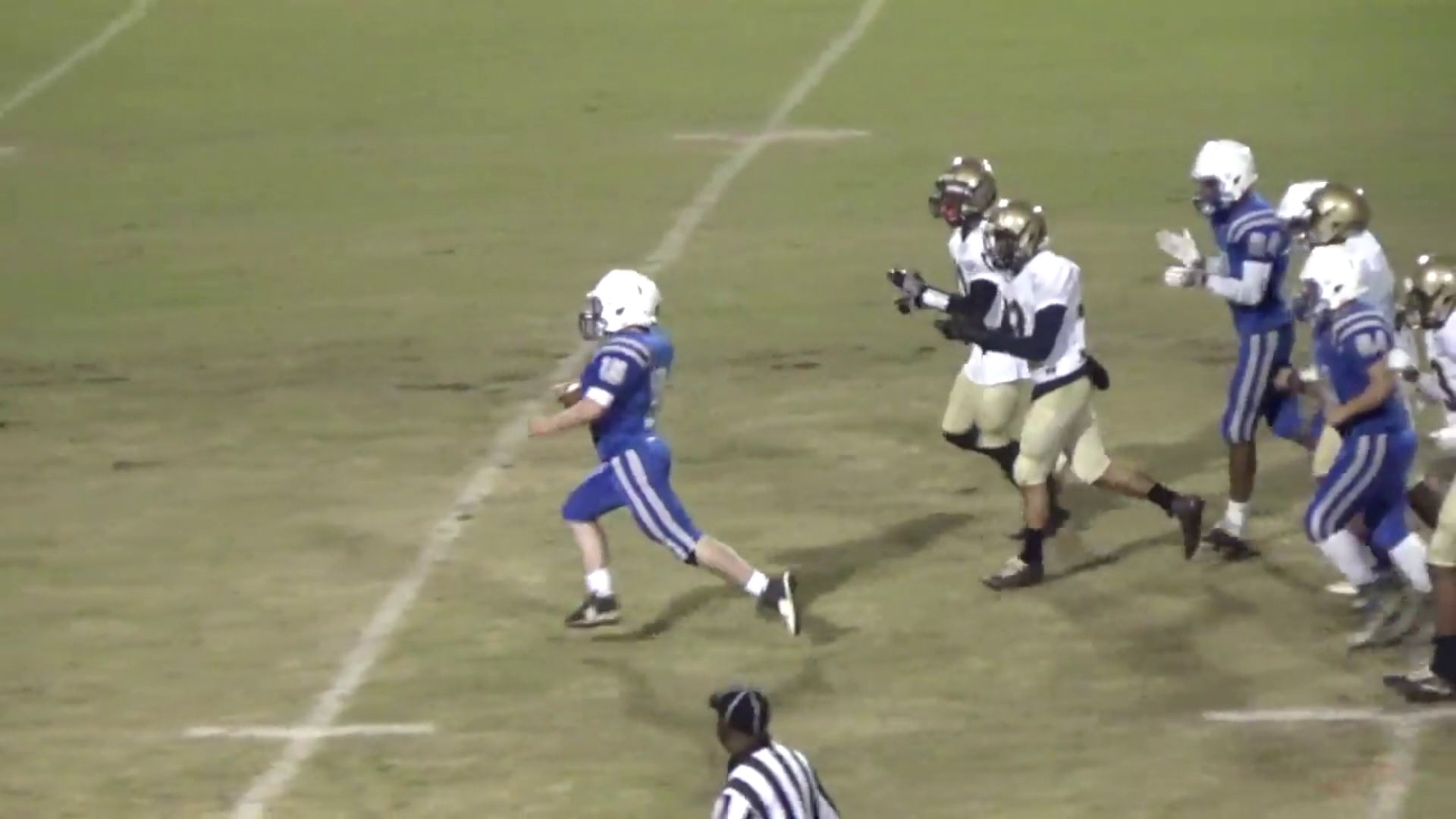 Late in the fourth quarter of a game already in hand, the Atlee Raiders and Varina Blue Devils put aside points and pride and made one player's dream come true.

Raiders senior Sepp Shirley, who was born with cerebral palsy, got into the final home game of his high school career, intending only to carry the ball once for a yard or two.

Raiders head coach Matt Gray alerted the officials and Varina coach Stu Brown to Sepp's appearance in the game. The original plan was for Sepp to carry for a couple of yards and for the Varina defenders to "tackle" him by two-hand touch.

But then, things changed.

On his second carry, Shirley went 80 yards for the score.

"Go, go, go!” the crowd yelled and applauded as Shirey ran with the ball as his fellow Raiders and Blue Devils encouraged him.

He collapsed as he crossed the goal line but giving everyone else a lift they never expected.