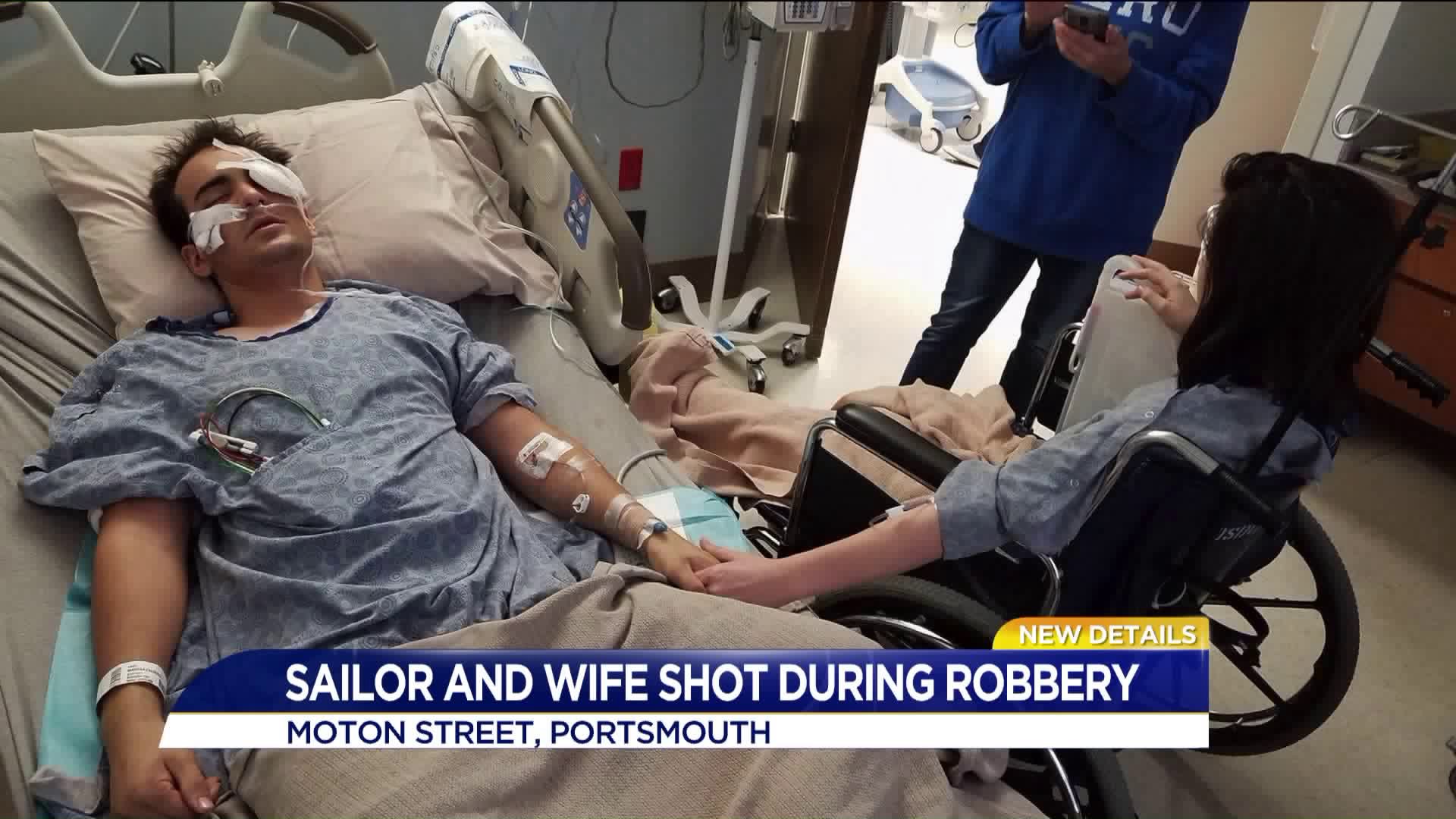 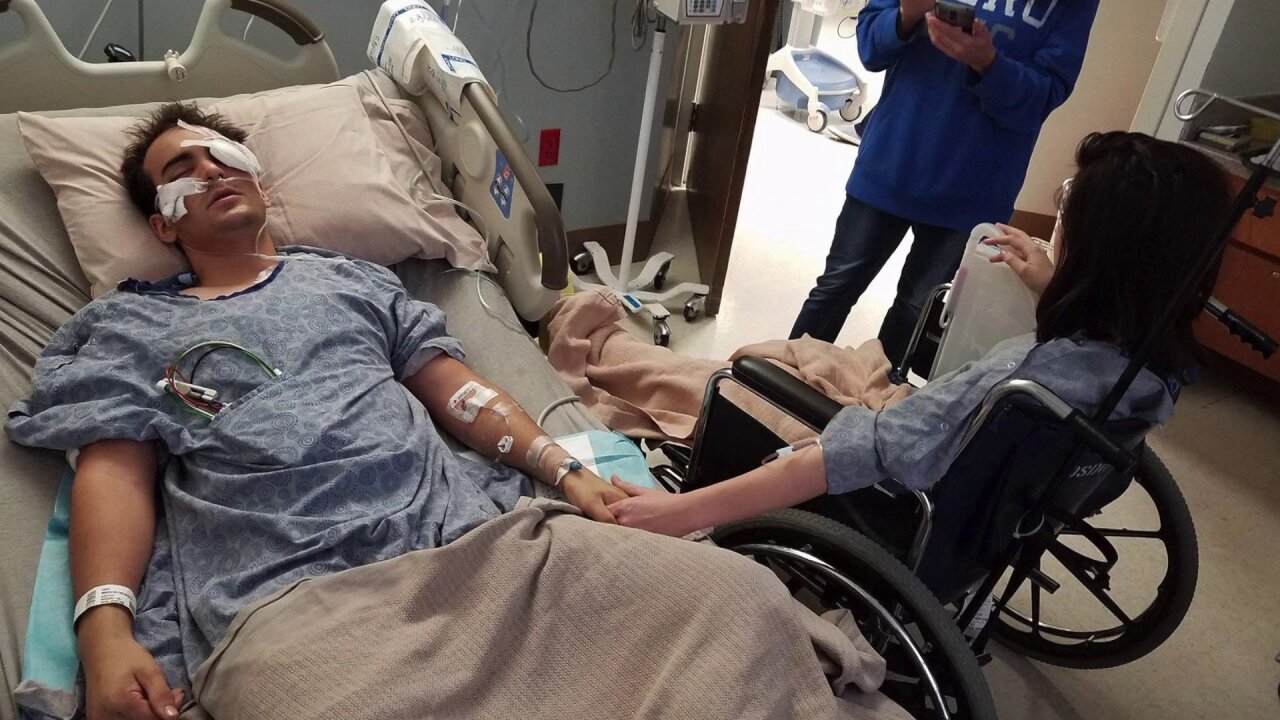 PORTSMOUTH, Va. - A Navy Sailor and his pregnant wife are in the hospital Monday after being shot multiple times while trying to buy a cell phone through an app used to buy and sell personal items called OfferUp.

The young couple, who didn't want News 3 to use their last name, was just starting their lives together.

Frederick joined the Navy in January top of his class and married his love, Emily. They were stationed here in June. On Saturday night, they were using the OfferUp app to buy a cell phone from an 18-year-old girl.

"My son just recently joined the Navy...his wife is pregnant and they were expecting their first child. He had the whole world ahead of him and someone just took it away in a matter of seconds," Frederick's father said.

According to Frederick's father, his son agreed to meet at a home in the 2500 block of Moton Street where the girl said she was babysitting.

He says his son knew immediately something wasn't right.

"When they pulled up, six individuals [came out] and then four others surrounded the car. There was one shooter and that one shooter is the one who approached the car and instantly started firing shots," the father said.

Emily's parents say they tried to drive away, but Frederick started screaming he couldn't see.

He was shot through his arm, chest and temple.

Emily who is four months pregnant was shot through the chest.

"It missed her heart by centimeters, missed the baby and  went out her right side," the father said.

Now the family is fighting to make sure this doesn't happen again.

Saturday night after the shooting, Portsmouth Police announced a new designated safe location for people to meet when they are buying or selling items.

The family says they were told by police that there has been several incidents reported from people using the OfferUp app.

They wonder if their children's injuries could have been avoided.

"That's one of the things I feel the police department dropped the ball on. The public should've been made aware of this several weeks ago."

The family told News 3 the couple refuse to be separated and have been by each other's side since Frederick got out of surgery.

On Monday, OfferUp released the following statement about the incident:

Our sincerest thoughts and prayers are with Frederick, Emily, and their family. We are working diligently with the Portsmouth Police Department to support the investigation of this terrible attack. We are also continuing to work with law enforcement to provide safe, well-lit, high-traffic areas for our users to meet, such as the Community Meetup Spot at the police department at 801 Water Street. We respectfully refer all questions to the Portsmouth Police Department as they complete their important work.

Click here to donate to the couple's GoFundMe page.