Collins: Top Democrats need to come back before intelligence committee 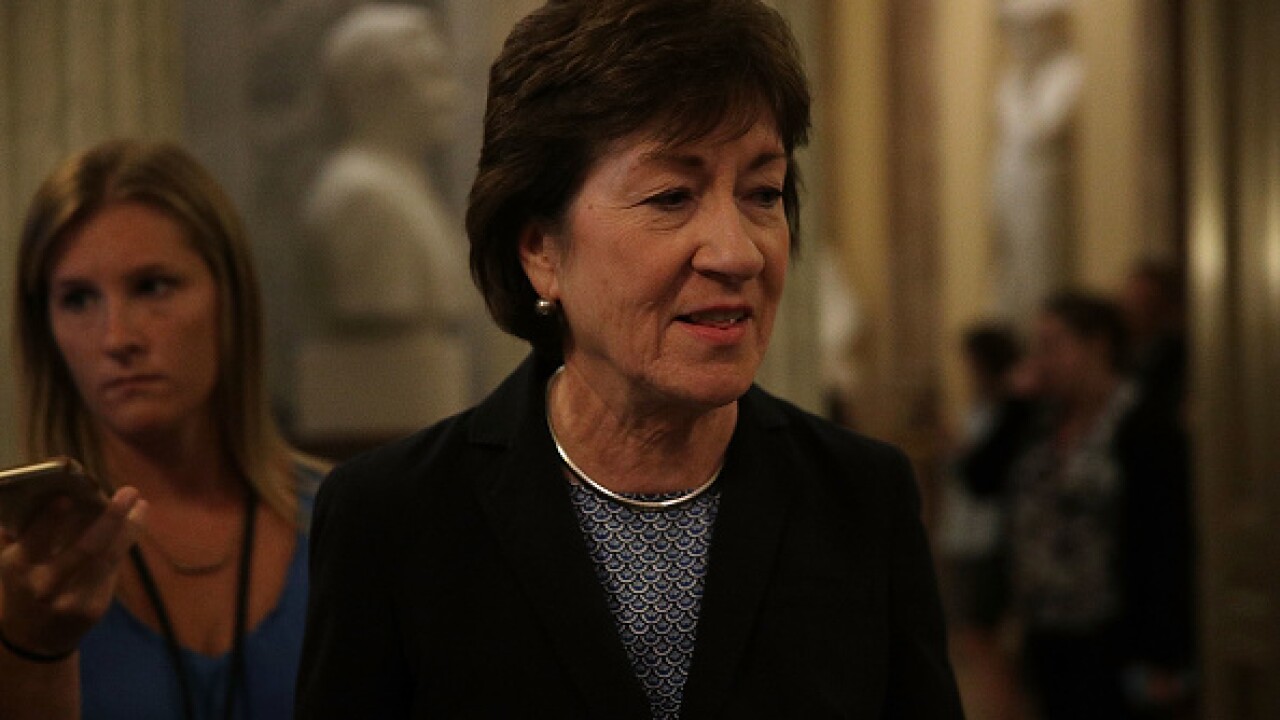 WASHINGTON, DC – SEPTEMBER 05: U.S. Sen. Susan Collins speaks to members of the media as she arrives for a vote at the Capitol September 5, 2017 in Washington, DC. Congress is back from summer recess with a heavy legislative agenda in front of them. (Photo by Alex Wong/Getty Images)

Some of that research became the dossier of allegations about the President and Russia.

“They absolutely need to be recalled,” the Maine Republican said on CBS’s “Face the Nation.” “It’s difficult to imagine that a campaign chairman, that the head of the DNC would not know of an expenditure of this magnitude and significance, but perhaps there’s something more going on here.”

A source familiar with the matter told CNN on Tuesday that the law firm Perkins Coie, as part of its representation of the Clinton campaign and the DNC, retained Fusion GPS and entered “into an engagement for research services that began in April 2016 and concluded before the election in early November.”

The Washington Post was first to report news of the Clinton campaign and the DNC’s involvement with Fusion GPS.

CNN has previously reported that Fusion’s research on Trump was first funded by Republican foes of Trump, and Democrats began paying the research firm later, after he became the presumptive nominee.

A conservative publication, the Washington Free Beacon announced late Friday it had earlier hired Fusion GPS to do research on Trump and other Republican candidates during the presidential primaries — but before the firm hired former British intelligence officer Christopher Steele to do research that led to the dossier.

The dossier helped fuel the congressional and Justice Department investigations into Trump and Russia. CNN reported in February that investigators had been able to corroborate some information in the dossier, although not the most salacious allegations.