Tractor-trailer crash, fire causes major delays on I-664 in Hampton 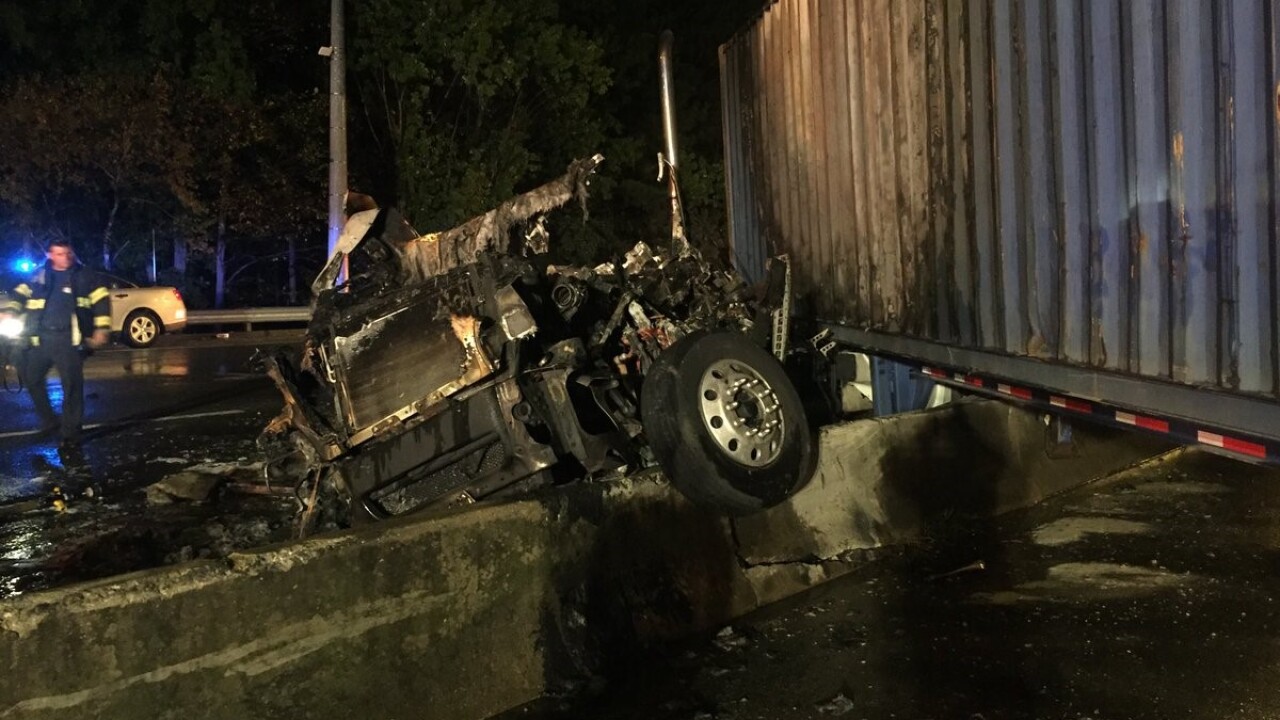 HAMPTON, Va. — A tractor trailer accident caused major delays on I-664 in Hampton on Tuesday morning.

According to Virginia Department of Transportation, the crash occurred around 5:15 a.m. on southbound I-664 in Hampton, near the 0.6 mile marker at the I-664 and I-64 Interchange.

State Police have not given details as to how the crash happened, but say there were no injuries.

Update: Accident: NB on I-664 at MM1 in Hampton. All travel lanes closed. Potential Delays.5:18AM

Update: Accident: SB on I-664 at MM1 in Hampton. All travel lanes closed. Potential Delays.5:28AM