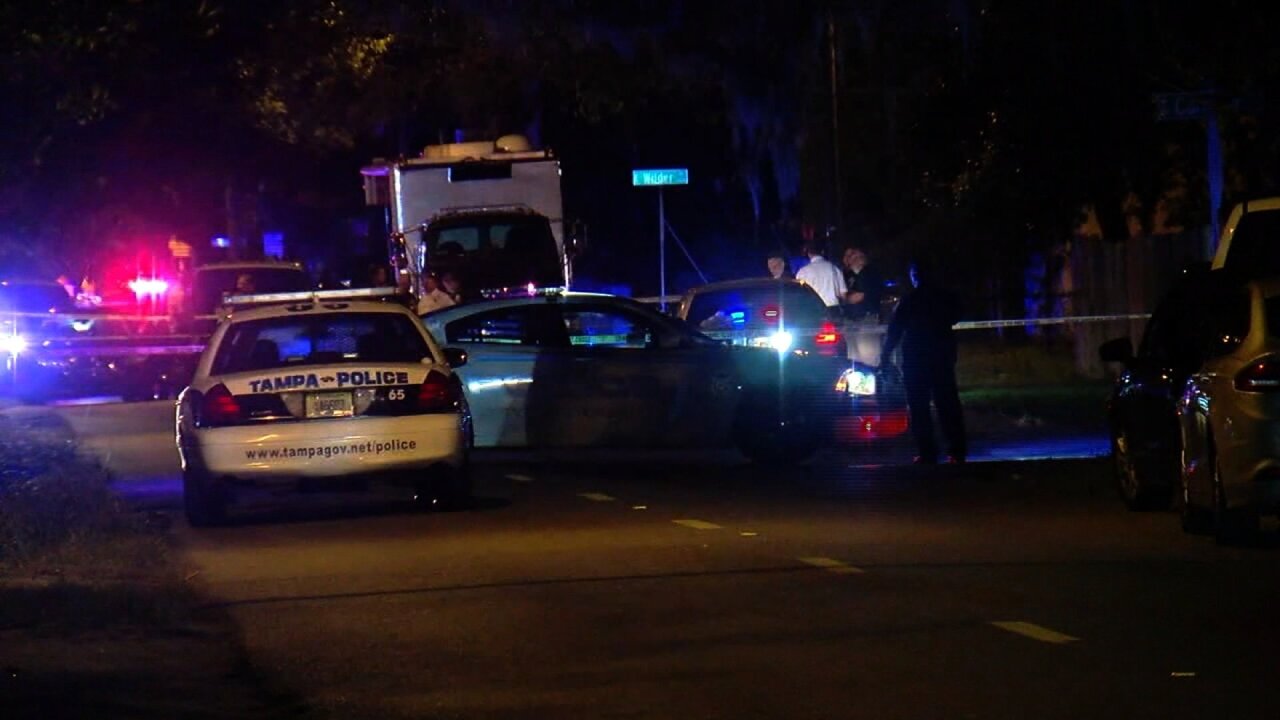 ***Embargo Tampa*** Police believe that a string of deaths in a Tampa neighborhood are linked to each other. Police have blanketed the Seminole Heights area with additional officers.

Police in Tampa, Florida, are urging residents in one neighborhood not to be “held hostage” by fear after the killing of three people in 11 days — shootings that investigators say are related.

The latest killing in the Seminole Heights area happened Thursday. Police said Anthony Naiboa, an autistic 20-year-old who had just graduated from Middleton High School, accidentally got on the wrong bus when he left work that night and ended up in the southeast Tampa neighborhood by mistake.

Police said they believe the young man was making his way towards another stop but did not get more than 200 yards from where he was dropped off before he was shot and killed.

Hoffa was found in a vacant parking lot half a mile from where the body of Benjamin Mitchell, the first fatality in the string of homicides, was found. The 22-year-old Mitchell was shot in front of his home October 9 and died in the hospital.

Naiboa was found dead 200 yards away from Mitchell’s home.

All within a mile of each other, the killings prompted investigators to discuss the possibility of a connection between the three deaths.

“We think they’re related. Through the proximity and the time frame, they are related,” Tampa interim Police Chief Brian Dugan said Friday. “There is no doubt in our minds about that.”

Despite the suspected connection between the three killings, police have refrained from directly calling the suspect a serial killer. When asked whether or not police believed it might be a serial killer, Dugan said their priority was not on what to label the suspect.

“Right now, I’m focused on the families,” he said.

“We are still sifting through evidence. We can call it what we want. If that brings attention to this, that’s fine.”

Following the killing of Hoffa, police encompassed the area with a SWAT team, helicopters and K-9 units. But the killer still managed to escape.

“Our officers heard the gunshots. Our officers found Anthony Naiboa out there. We have a heavy presence and this person, whoever did it, was able to sneak away,” said Dugan.

At a news conference, Dugan expressed his exasperation and how he went from frustration to anger when dealing with the unsolved homicides.

Tampa police are now working with Crime Stoppers and the Bureau of Alcohol, Tobacco, Firearms and Explosives in offering a $25,000 reward to anyone who can provide information leading to the arrest or conviction of the Seminole Heights killer.

But even for those who do not have information, Dugan urged residents to stand up to whoever is victimizing the neighborhood. The suspect should not be assumed to be black or white or even a male, he said.

“We’re not going to be held hostage by whoever is doing this,” he said. “We need everyone to come out of their homes at night, turn on their porch lights, and just not tolerate this type of terrorism.”