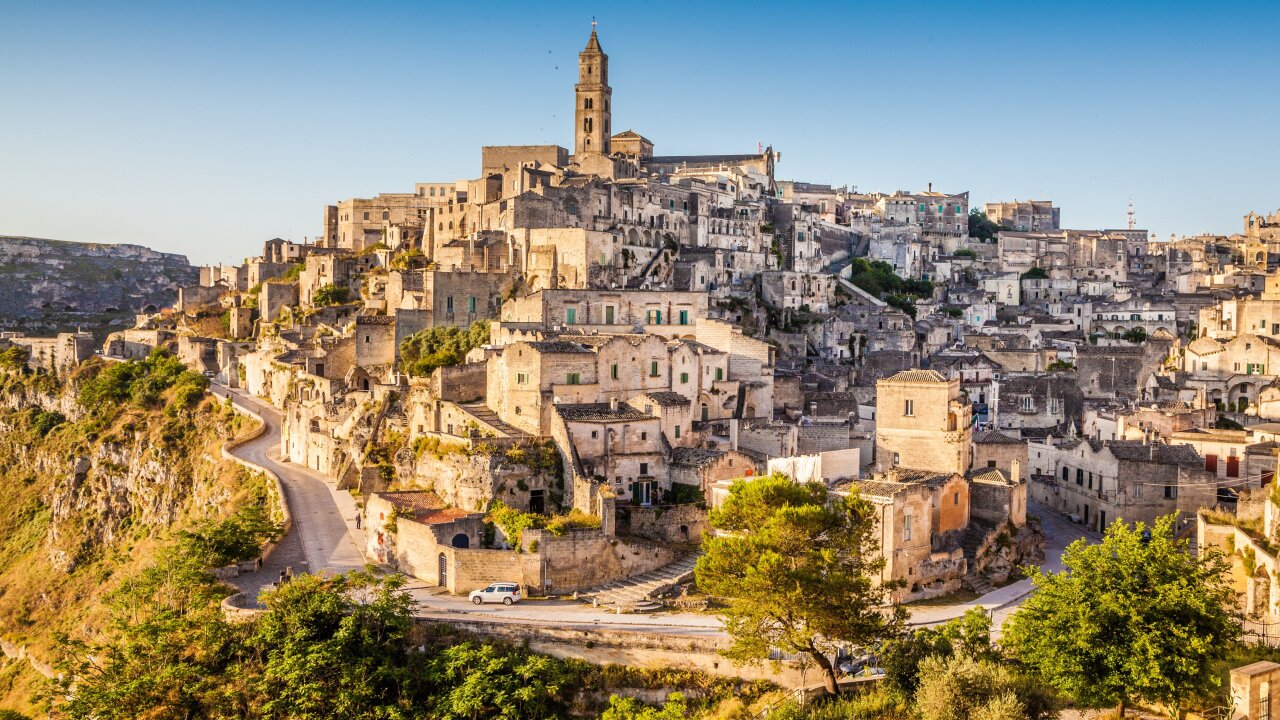 **This image is for use with this specific article only.** Tumbledown tunnels, alleyways and stone dwellings climb the hillsides of Matera in Italy’s Basilicata region.

Known for its celebratory street life, excellent tapas scene and the near constant performances of flamenco, there’s even more to celebrate in Seville next year.

Featured in the popular HBO series “Game of Thrones,” the Spanish city where medieval architecture competes with modernists will host the 31st annual European Film Awards and continue the celebrations of Baroque Painter Barolomé Esteban Murrillo.

And everyone, visitors and resident alike, benefit. That’s why Seville topped Lonely Planet’s list of the best cities to visit in 2018.

“Seville has been slowly transforming over the past decade,” said Lonely Planet’s US magazine managing editor Alex Howard. “The city’s artistic past and present and a starring role in Game of Thrones has put it on the map, and made it our number one city to visit next year.”

For the 13th year, Lonely Planet editors gathered nominations from hundreds of contributors around the world and picked 10 cities, regions, countries and value destinations to recommend for its Best in Travel 2018 picks.

Who came out on top?

Topped by Seville, “these are the cities our travel experts say you should experience in 2018,”” Howard told CNN.

“Whether they’ve been overlooked, are celebrating milestones next year or have crept up on our radar lately, they all offer compelling reasons to go soon,” he said. “The landscape of cities is changing faster than ever, and even familiar cities can surprise travelers with each visit.”

The list is brimming with exciting events, cities with new museums and sports offerings; spots off the beaten path; and cities that are have suffered from human neglect or natural disasters and deserve our attention.

That’s why second-place Detroit and the hurricane-ravaged San Juan, in the 8th spot, made in the top 10 cities list.

“New stadiums, hotels, streetcars and parks, alongside distilleries and art galleries, are evidence that Motor City is back in business, fueled by a creative and tenacious energy that’s palpable throughout the city.”

Re-emerging with a vengeance from the collapse of the US auto industry, Detroit is recovering with the contributions of long time believers in the Motor City and younger artists and other creative folks who have poured their sweat into once-abandoned neighborhoods.

With much of Puerto Rico still without clean water or electricity, it might seem too soon to call people back to San Juan.

Although Lonely Planet chose the city before Hurricane Maria wiped out much of the US territory’s power grid, editors decided to keep it on the list after discussing it with Puerto Rican tourism officials.

“San Juan is a vibrant and enduring city, in large part thanks to the people that live there,” said Lonely Planet’s Central America and Caribbean destination editor Bailey Freeman.

“We have been following the situation on the ground closely since the devastating impact of Hurricane Maria last month, and while relief efforts are currently ongoing, we believe that Puerto Rico’s capital will surprise the world with how quickly it gets back on its feet.

“The reasons we named San Juan one of the best cities to visit in 2018 are still as strong as ever. Many local businesses and hotels are already reopening, and we’re confident that this progress will continue steadily into the new year.”