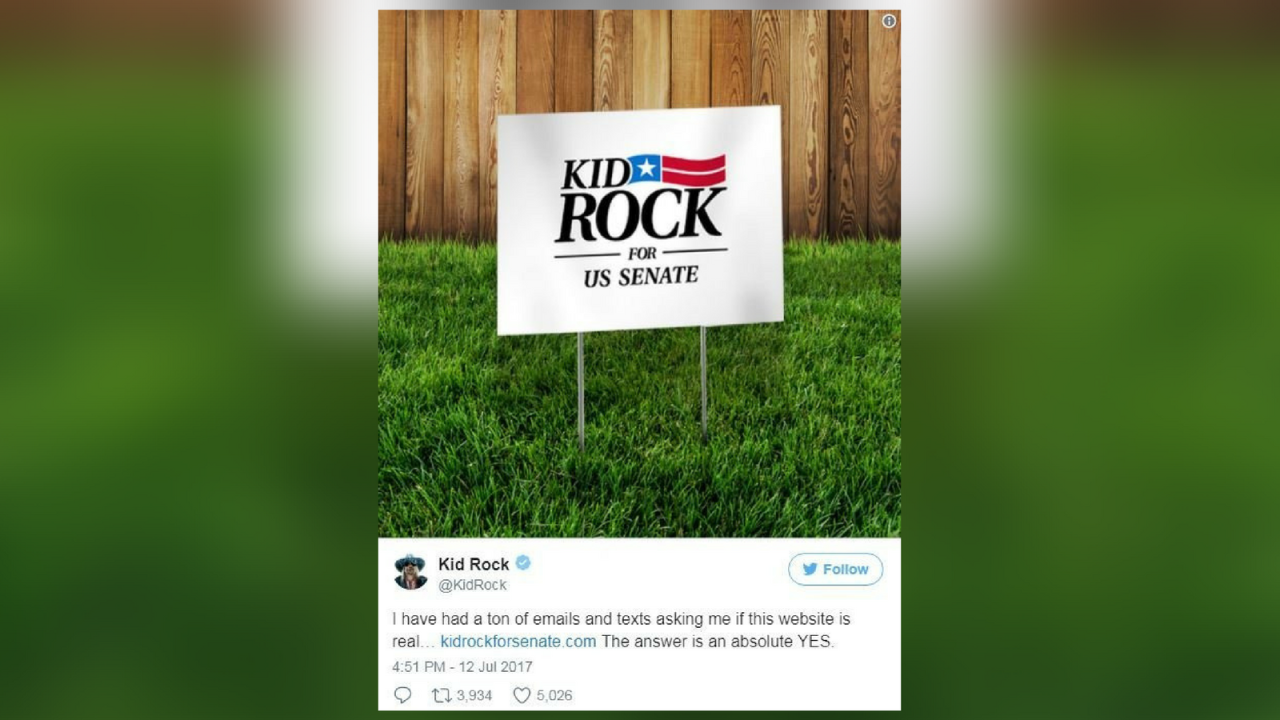 After more than three months of teasing the possibility of a Senate run, Kid Rock said Tuesday he’s not running.

His exact words, as told to Howard Stern during an interview on his show: “F— no, I’m not running for Senate. Are you f—ing kidding me? Like, who f—ing couldn’t figure that out?”

The musician told Stern he planned to “roll with it” and it even fooled someone who worked for him who was “on the in” that he was serious about a candidacy.

“I have one of them call me, he goes, ‘dude, is this really happening?'”

The following day, he slammed media skepticism that he would run on his website.

“Like politicians write books during their campaigns, I’m planning on putting out music during mine,” he wrote. “It’s not a hoax, it’s a strategy and marketing 101!”

Kid Rock later said he was putting off a decision whether he would run and would focus on voter registration. Apparently he’s now decided that the whole thing was a hoax.

He announced Tuesday on Howard Stern’s show he’s releasing a new album titled Sweet Southern Sugar next month and will tour next year.