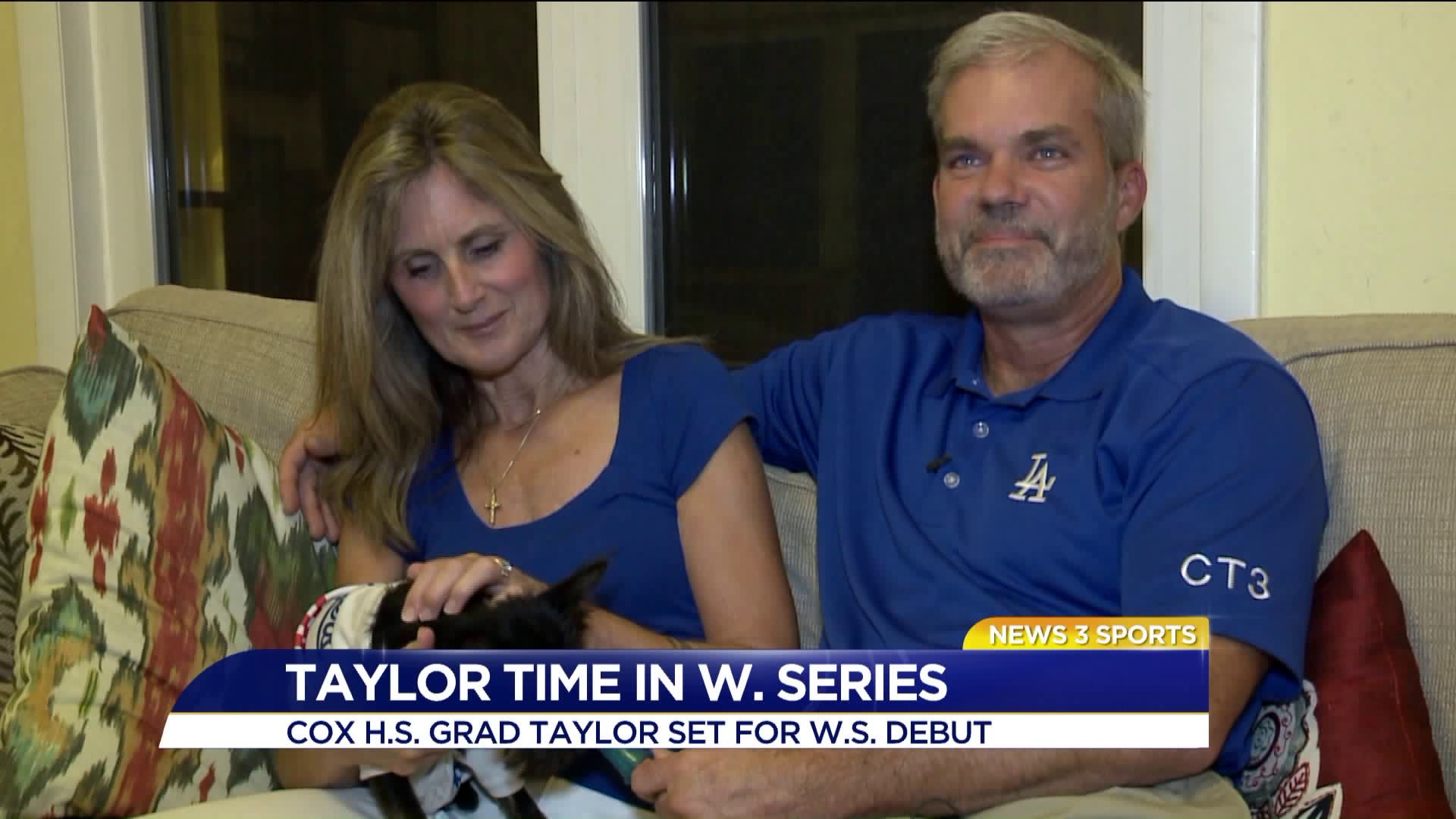 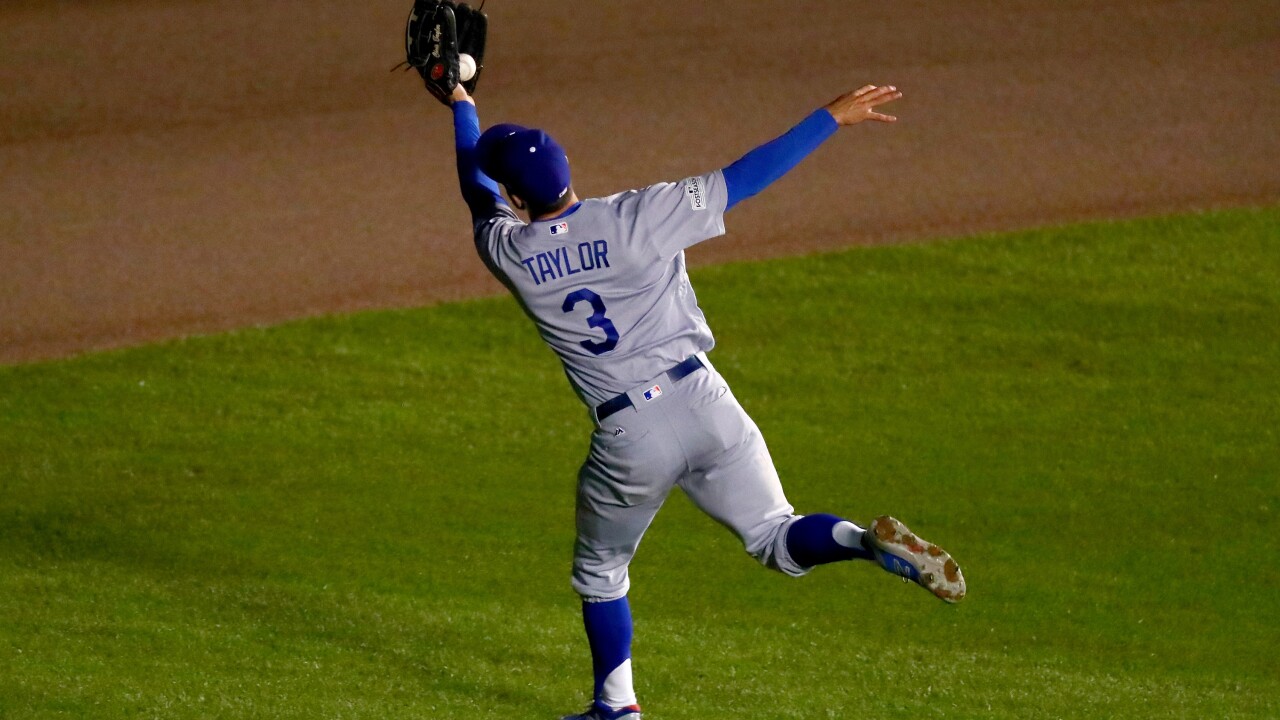 VIRGINIA BEACH, Va. - Last Saturday, Virginia Beach residents Mary and Chris Taylor were at Lane Stadium in Blacksburg to watch their daughter Noel, a Virginia Tech cheerleader, perform during the Hokies' football game vs. North Carolina. This Saturday, the Taylors will be locked-in on a different contest.

Their son Chris is the leadoff hitter and center fielder for the World Series-bound Los Angeles Dodgers.

"It's just been amazing," Mary said smiling when speaking about her son's journey to baseball's biggest stage. "So far, my stress level hasn't been too high - plus he's doing really well. So I hope that just continues."

Now it's Taylor's Dodgers, without a world championship since 1988 (two years before he was born), just four wins away from a World Series crown.

"I don't know that it's fully sunk in," admitted Chris's father, Chris Taylor, Sr. "It's like a dream - somebody needs to wake me up. This is something Chris has worked for since he was a little kid. So for it to happen now, it's just amazing."

Taylor played his college ball at Virginia, where he helped lead the 'Hoos to the 2011 College World Series. Tuesday, he'll take the field in THE World Series. His baseball dreams began long ago, however.

"Ever since he was two or three, he had a bat or a ball in his hand," Chris, Sr. recalled. "His first word was 'ball'. His first sentence was 'I want the ball'. You could tell all along baseball was what he enjoyed."

Taylor, Sr., like his father, wrestled at Virginia Tech.