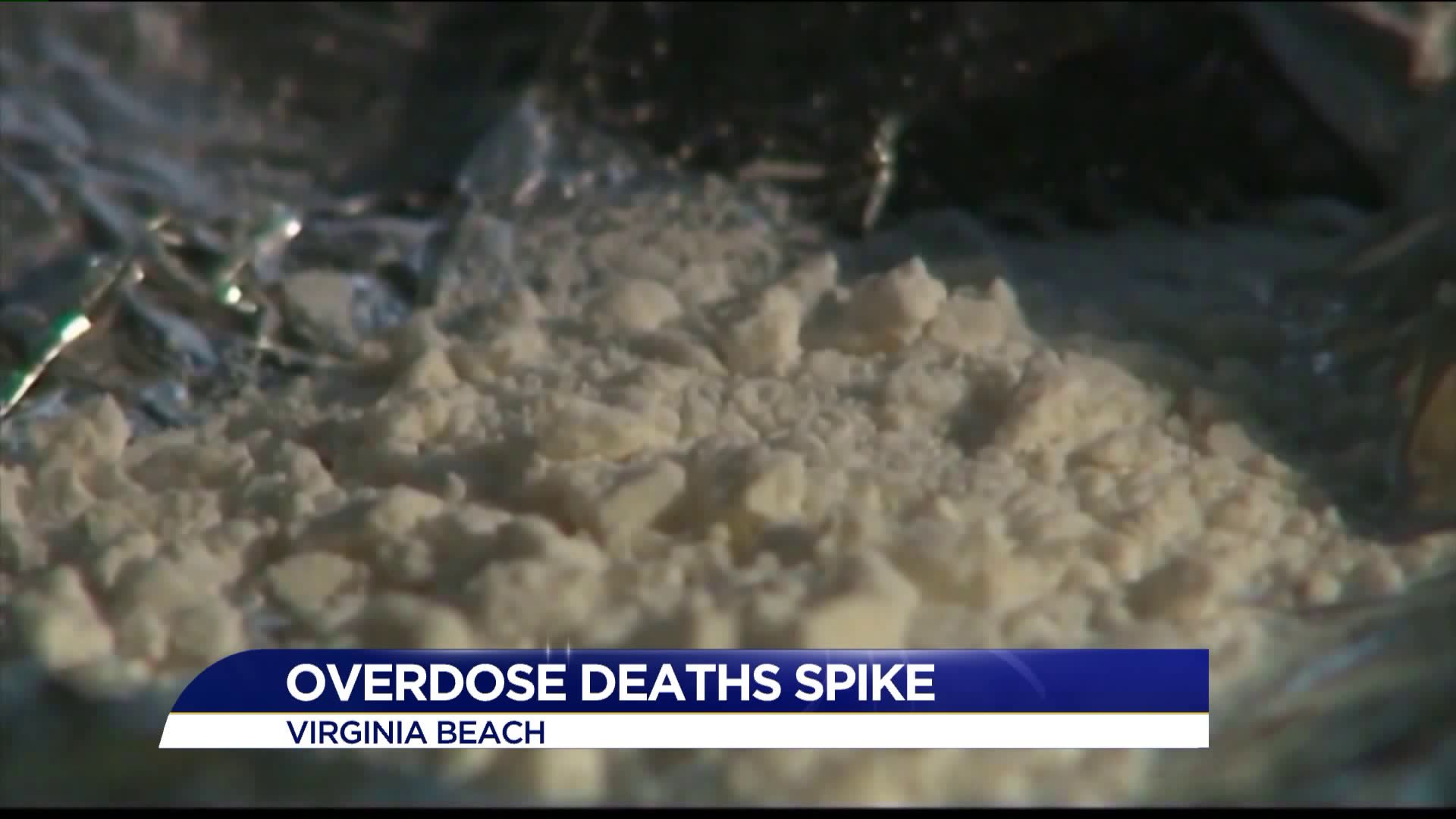 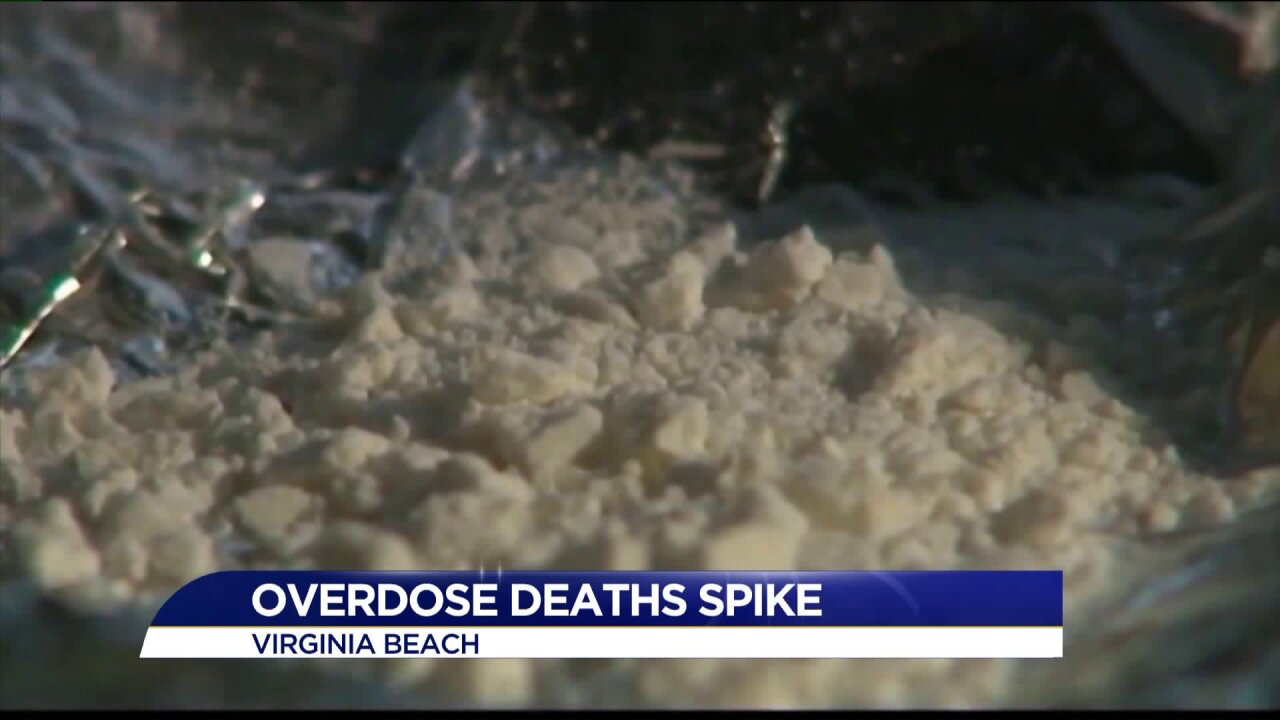 VIRGINIA BEACH, Va. - Someone overdosed and died from an opioid every five days in the city in 2016, according to a report from the city's department of public health. The numbers show a 41% increase in deaths between 2016 and 2015.

So far this year, more than 30 people have died. The issue will be the focus of a briefing before city council members on Tuesday afternoon.

The report details several efforts in the city to try and reduce the number, including the use of naloxone, a federal grant that helps with expenses to get treatment, and trying to change the stigma of addiction.

In addition, students in the city are now taught about the dangers of opiates. The curriculum starts in the first grade with a discussion about medicine and goes all the way through high school.