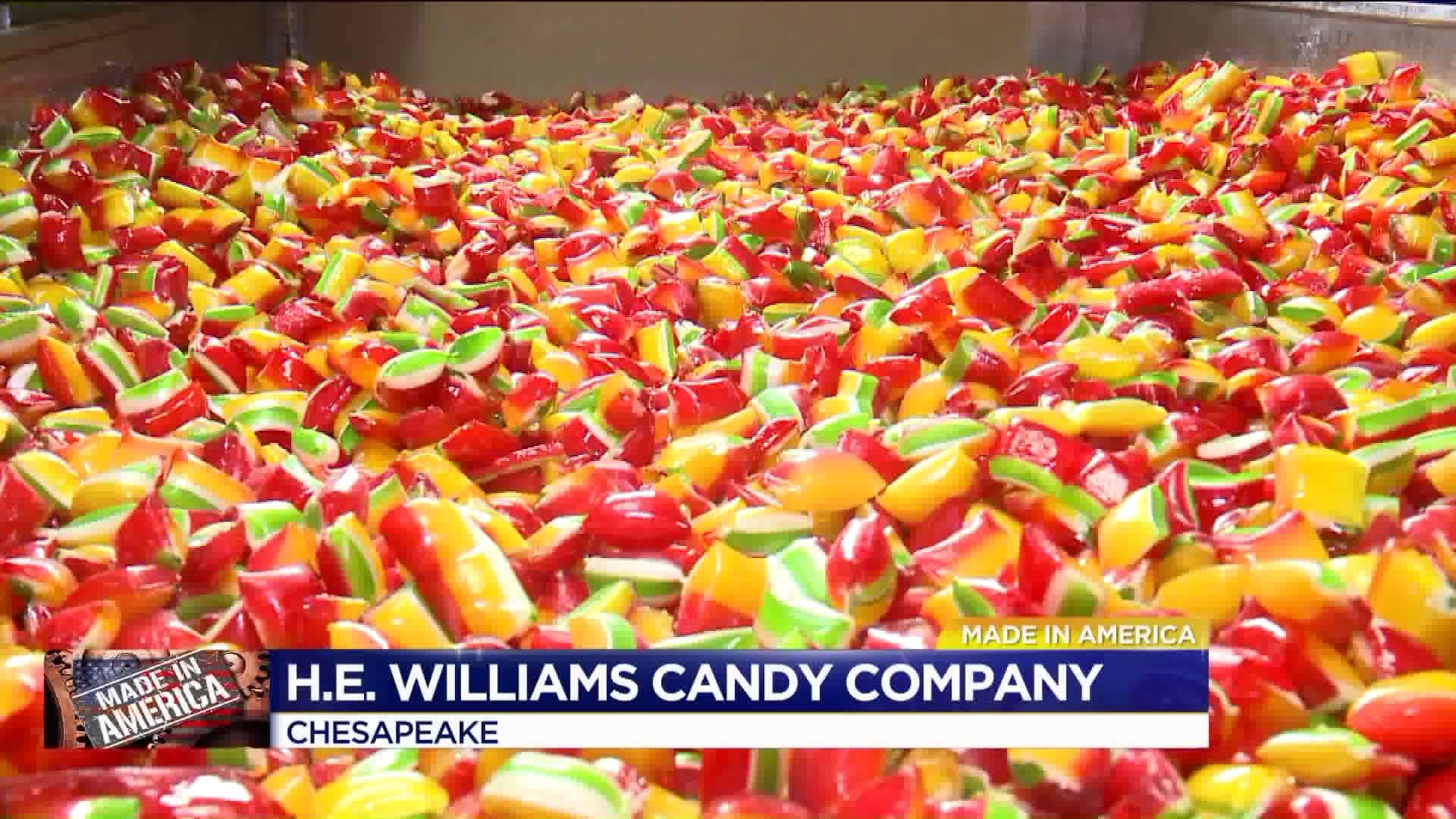 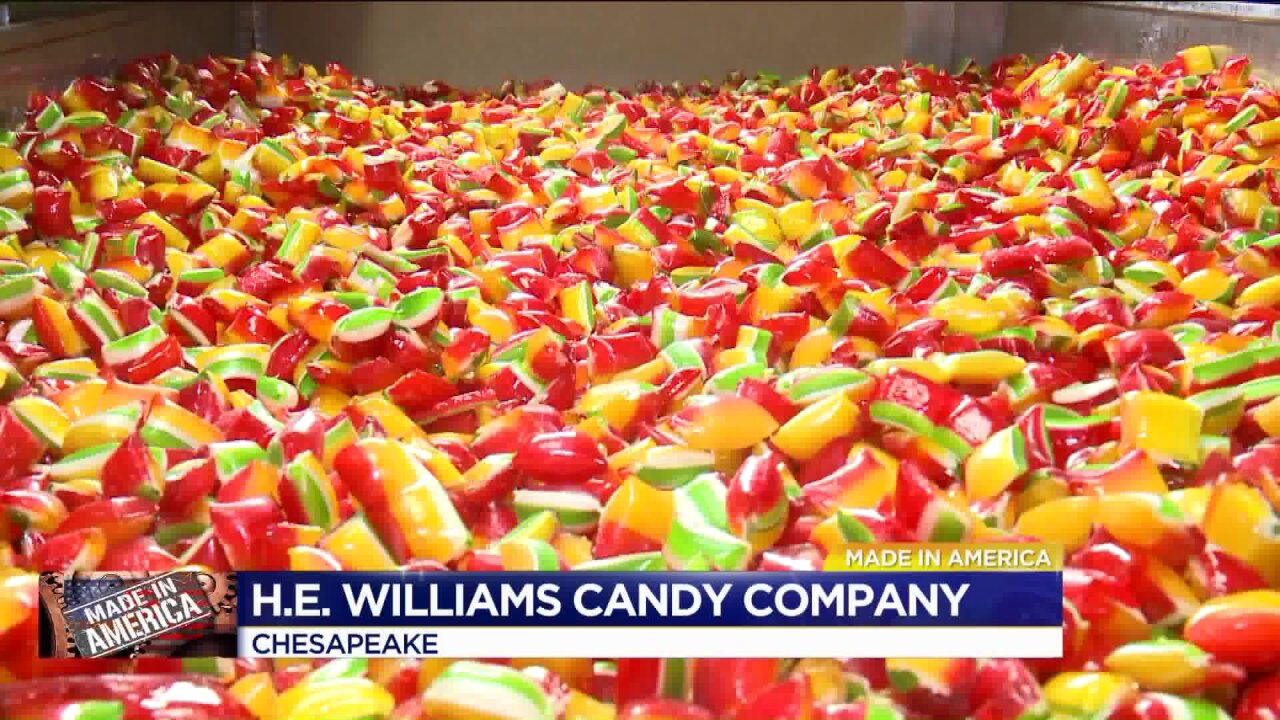 The family owned and operated H.E. Williams Candy Company was started here in Hampton Roads and has continued to bring sweet treats to the entire country for almost a century.

They use the same recipe, copper kettles and equipment that was used when the company was originally started in 1919.

They're known for their 'peach buds' and Christmas time 'Fancy Mix' which are ordered by what looks like the ton around the holidays.

"Christmas time people come in and buy the half pound boxes and that's their tradition is they gotta have that Christmas wreath box and that red box because its just not Christmas without it," says Gene Williams.

"We really just want to see that hundred year mark," says David Williams. "But to see them make it back then and us still making it with the third generation is a miracle."

Click here to see more of our Made in America segments