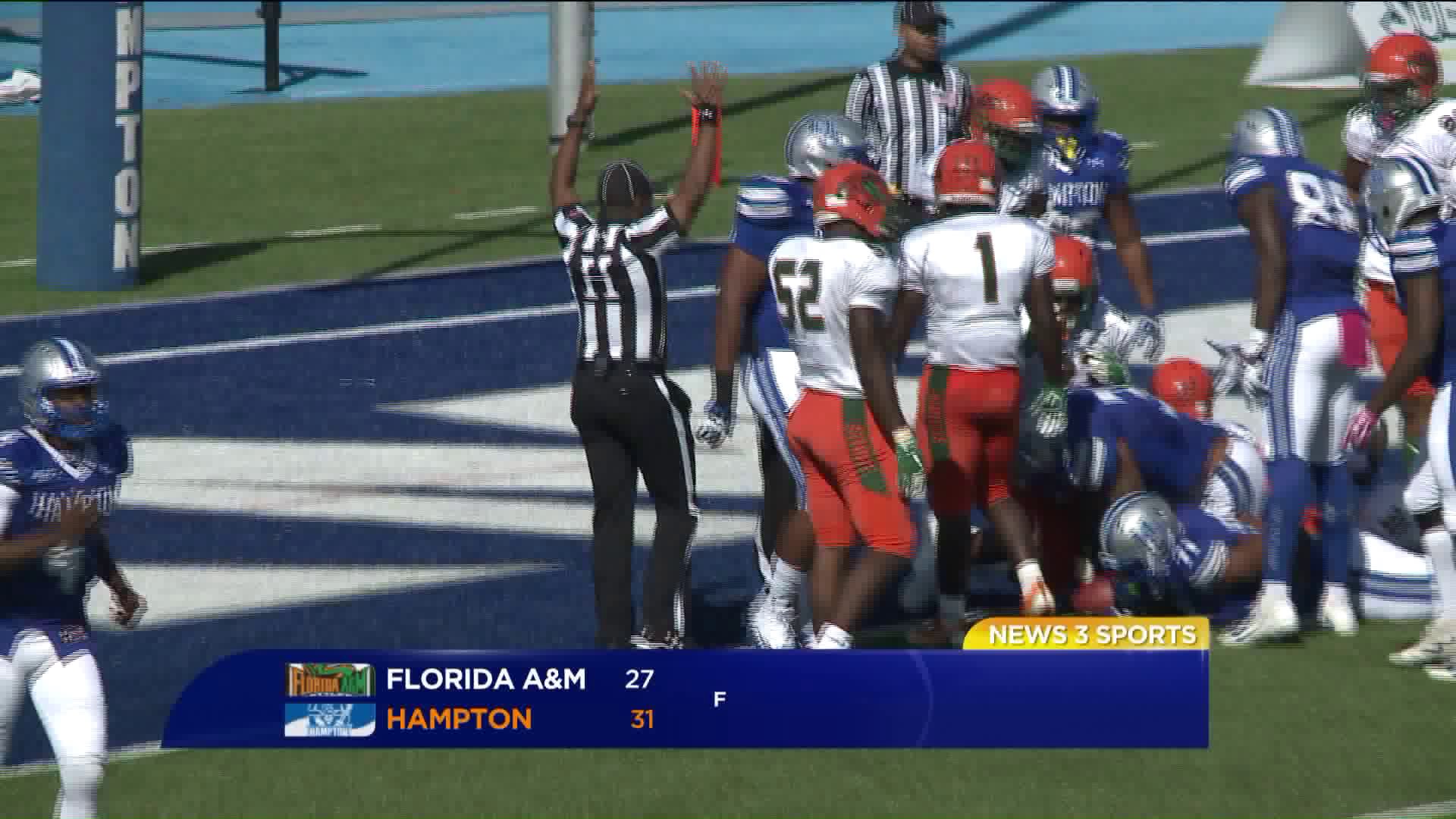 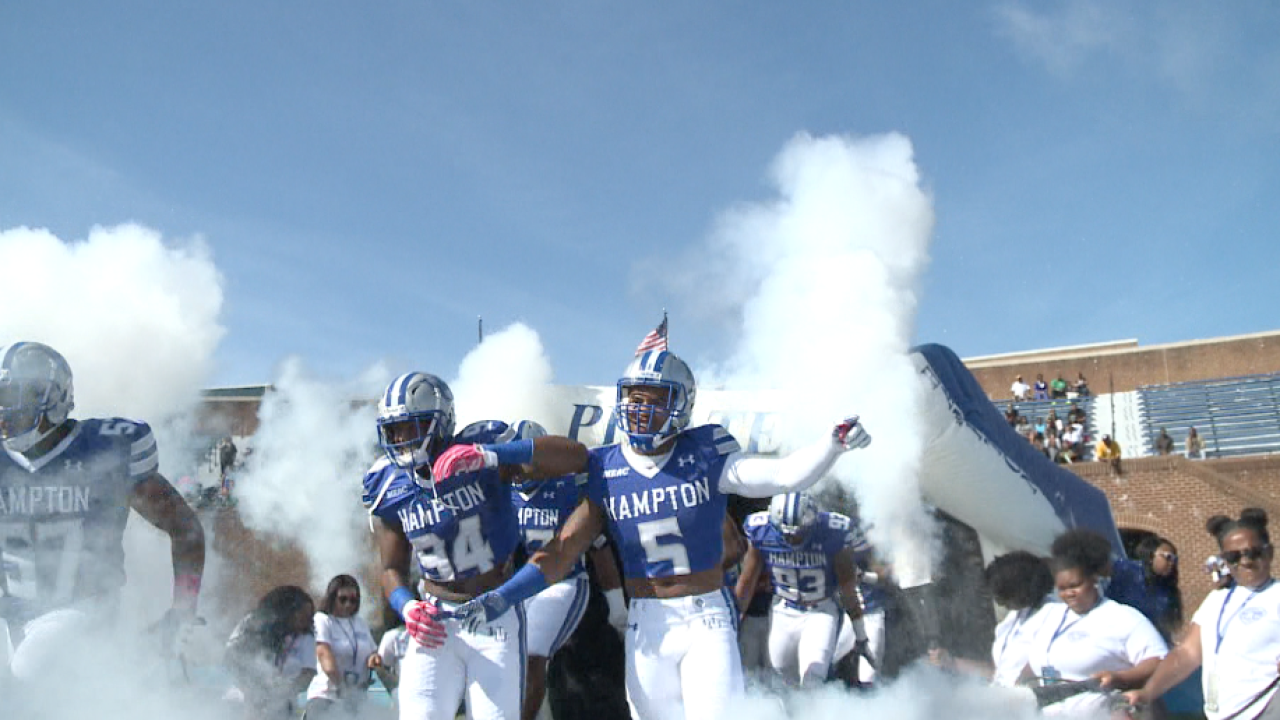 HAMPTON, Va. - Shai McKenzie ran for a season-high 147 yards and the defense made one big stand late in the game as Hampton defeated Florida A&M 34-31 for Homecoming at Armstrong Stadium on Saturday.

With the win, the Pirates (5-2, 4-0) are tied in the loss column with North Carolina A&T for first place in the Mid-Eastern Athletic Conference (MEAC).  This was the third straight homecoming win for Hampton and sixth in its last seven.

In a game of long drives, the Pirates got on the board first with an 80-yard, eight-play drive finished by a McKenzie one-yard plunge.  He gained the chunk of the 80-yards in five runs for 46 yards.

The Rattlers responded with a 77-yard, 15-play drive that ate up over eight minutes on the clock.  After giving up a 33-yard run to Ricky Henrilus to put the Rattlers on the Hampton three, the defense stiffened and forced a 22-yard field goal as FAMU (2-6, 1-4) trimmed the lead to 7-3 with 25 seconds left in the first quarter.

Hampton answered with a season-long 14-play drive that went 82-yards in over eight minutes capped by a four-yard touchdown pass from Delmon Williams to Damon Woodcock as Hampton pushed the lead to 14-3.

After forcing a FAMU punt, the Pirates struck quickly with a season-long 96-yard scoring drive in three plays.  Williams connected with Aulden Knight on a 39-yard scoring strike to give Hampton a 21-3 lead with 3:23 left in the half.  The junior quarterback from Norfolk accounted for all the yards in the drive with an eight-yard completion to Ronald Bell, a 54-yard run and then the 39-yard pass to Knight.

The visitors answered with their special teams unit setting them up at the FAMU 49 following a 29-yard kickoff return.  Ryan Stanley connected with Kareem Smith on a 16-yard pass to bring the Rattlers within 21-10 at the 1:46 mark of the half.

They cut the margin to 21-17 with the only points in the third quarter taking advantage of a bad punt snap for possession on the Hampton 20.  Stanley found Chad Hunter on a six-yard scoring pass to get closer with 10:28 left in the third.

Now the touchdowns started as FAMU took its first lead of the game on the strength of a 91-yard completion from Stanley to Hunter to lead 27-24 with 7:23 remaining.  Hunter caught the ball in stride and carried three defenders into the end zone to give the Rattlers their first lead.

Hampton took advantage of a short kick and a celebration penalty on the touchdown, which made FAMU kick from its 20 to start a drive on the Rattler 47.  McKenzie had two carries on the drive, the last one being for 37 yards to set Hampton up at the FAMU 8-yardline.  On the next play, Williams found Quinton Lee on a short pass and Lee bulled his way in for the score and a 31-27 lead.

Once again, Hampton had to rely on its defense for one stop.  As FAMU drove down to the Hampton 16-yardline with 38 seconds left, a fourth down and three run by Devin Bowers was snuffed out one-yard shy by Bruce Perry and a host of Pirates to ice the win.

Williams ran for 68 yards and threw for 140 going 11-of-16 with three touchdowns.  Yahkee Johnson added 62 yards on 14 carries as Hampton ran for 265 yards as a team.  On defense, Oral Varcciann had nine tackles and Steven Smith Jr. added eight.