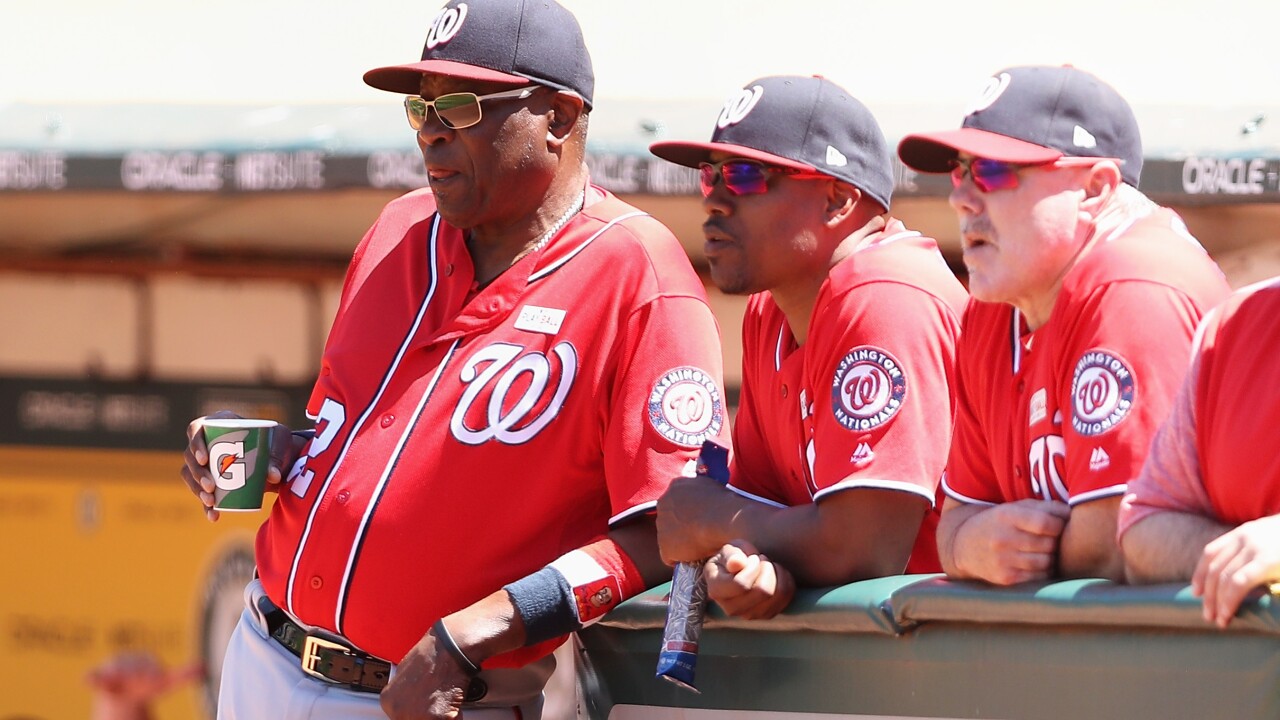 WASHINGTON – For the sixth time in a decade, the Washington Nationals need a new manager.

Friday, the club announced Dusty Baker is out after two years as Nats bench boss.

“The Lerner family, on behalf of the entire organization, would like to thank Baker for his two years in the dugout,” the Nationals said in a statement. “He represented our club with class on and off the field. We wish him the best going forward.”

In two seasons, Baker led Washington to the first back-to-back division titles in team history and amassed a record of 192-and-132.

The contracts for the Major League coaching staff also expired and were not renewed by the team.