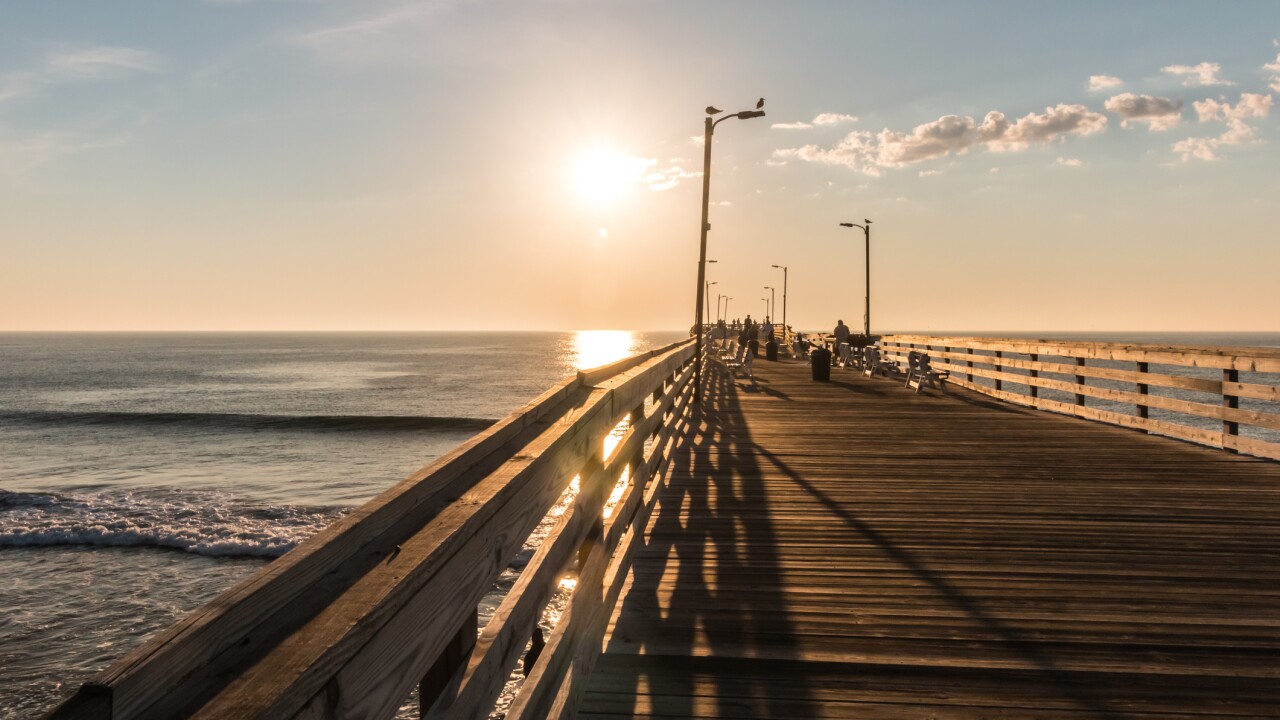 Dawn as seen while on the Virginia Beach oceanfront fishing pier.

Old Dominion University’s 2017 Life in Hampton Roads survey is revealing what residents think of transportation and health care in the area.

The survey, conducted by the ODU Social Science Research Center, asked 908 Hampton Roads residents about a variety of topics.

The majority of those surveyed rated medical and health care in Hampton Roads as good (43.4 percent), while 20.1 percent believed their care to be excellent. About a quarter of the respondents (25.3 percent) reported their care to be fair.

Less than half of those surveyed (28.9 percent) rated their own general health as excellent, which is the lowest number since the 2013 survey. The majority of those surveyed reported themselves to be in good health (53.7 percent).

Virginia Beach (85.8 percent) and Hampton (84.7 percent) residents had the highest ratings of overall health while Norfolk (79.3 percent) and Portsmouth (77.3 percent) had lower percentages.

Over 50 percent of respondents reported they had not been diagnosed with any conditions such as asthma, arthritis, diabetes, high blood pressure/hypertension or cancer.

The majority of those with children (70 percent) rated the public school system as excellent or good, while 29.1 percent rated the schools as fair or poor.

The majority of those without children (54.9 percent) rated the public school system as excellent of good, while 36.6 percent rated the schools as fair or poor.

Respondents in Chesapeake (72.9 percent) and Virginia Beach (78.9 percent) were more likely to rate schools as excellent or good compared to other areas.

Portsmouth had the lowest percentage of excellent or good ratings at 31.3 percent.

Concerns over traffic congestion seem to be split, with 47.8 percent of respondents reporting they avoid visiting neighboring cities due to congestion. However, 52.1 percent said they do not avoid it.

In a surprising statistic, more than three-fourths of respondents (82.3 percent) said they do not use a toll bridge or tunnel to commute to work or school.

About 40 percent report they do not intentionally avoid tolls while 33.3 percent reported they do take a different route. Some (28.5 percent) even said they change their work or school schedule to avoid tolls.

ODU releases study on quality of life in Hampton Roads