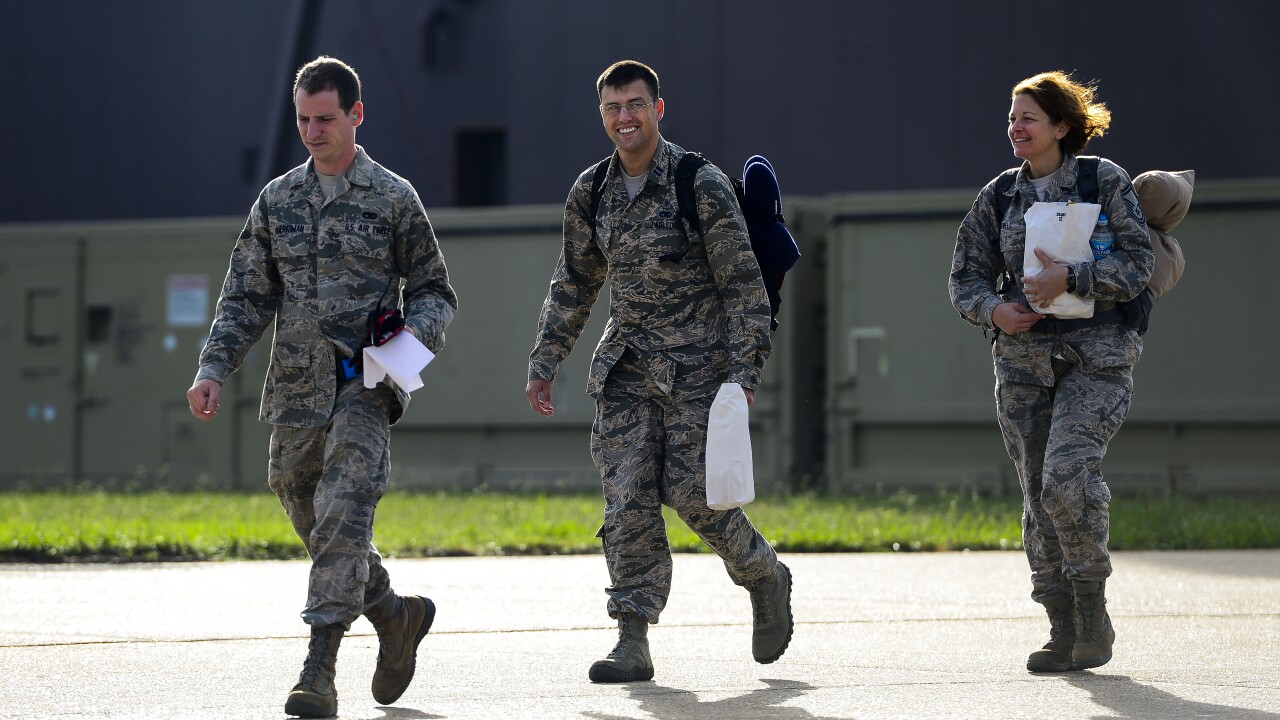 Photo provided by Joint Base Langley-Eustis

These 87 members of the medical group will help set up and operate a 25-bed field hospital. The hospital will be set up in Aguadilla, at the far northwest of Puerto Rico.

“This is a Defense Support to Civil Authorities mission,” said U.S. Air Force Col. Jeffrey Lewis, Langley Global Response Force Team Commander. “We will be in support of the broad Federal Emergency Management Agency effort to provide relief to the Puerto Rican people during this crisis.”

The Langley AFB team is the lead medical element and will command additional Airmen from Eglin AFB, Florida and Nellis AFB, Nevada who gathered at Langley to travel to Puerto Rico together.

“Our team was put on standby about three weeks ago,. The first team loaded onto C-130s and left last weekend. Two other groups are prepared to join them,” said U.S. Air Force Col. Patricia Tate, 633rd MDG senior nurse and GRF Team member. “This is exactly the type of operation that the EMEDS concept was designed for.”

Since multiple hurricanes ht Puerto Rico in the month of September, the U.S. island territory is still devastated by destruction that has left many on the island without electricity. A variety of military personnel and first responders from Hampton Roads have helped with relief efforts.