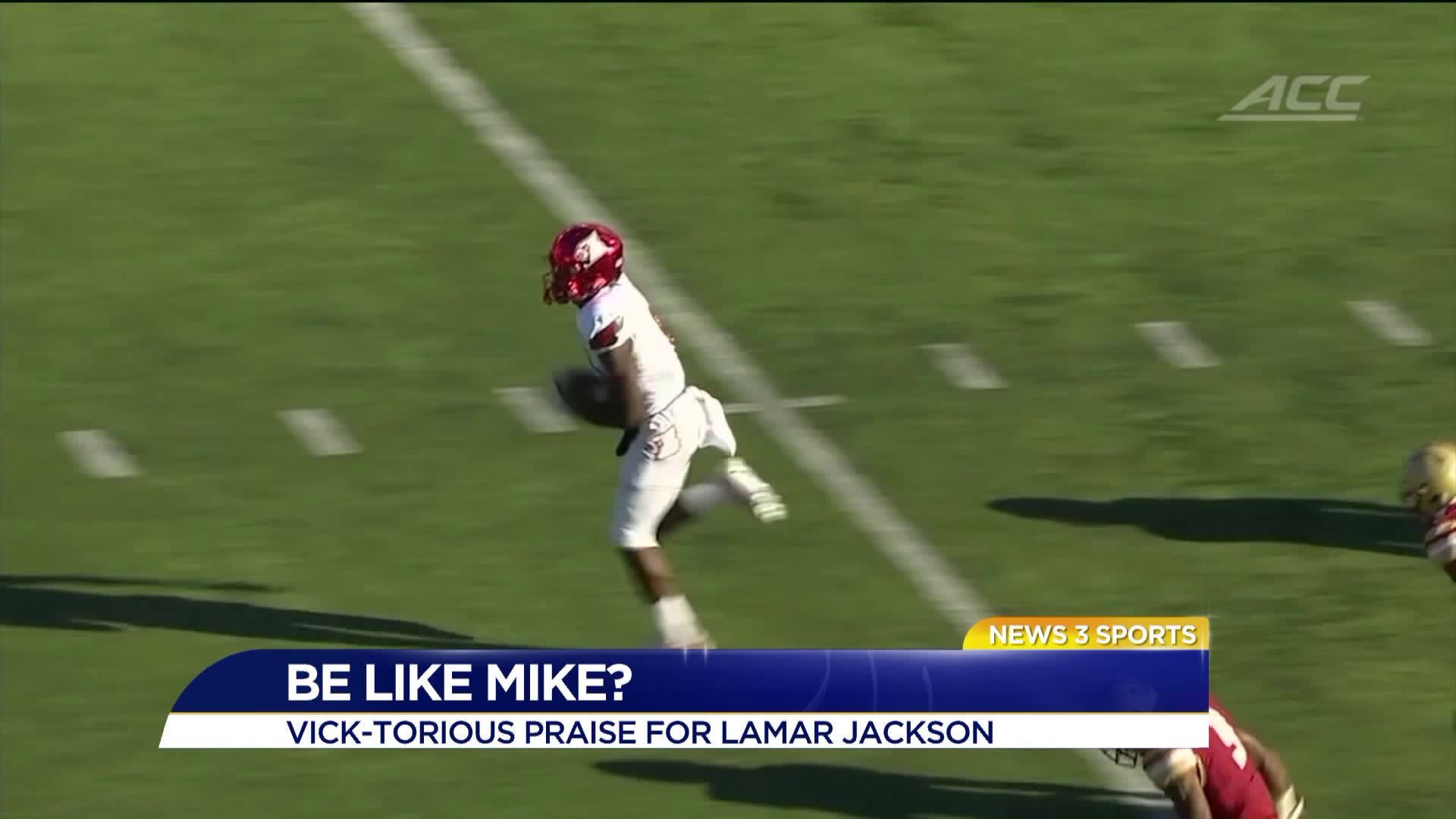 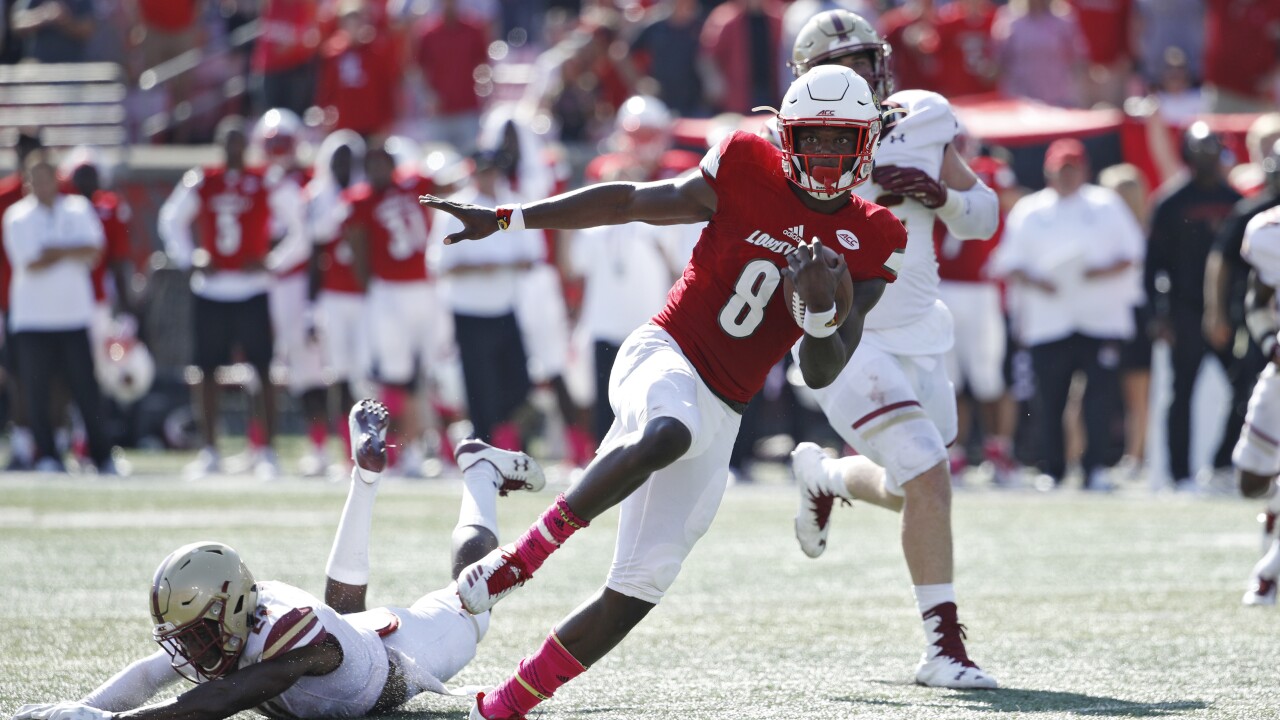 TALLAHASSEE, Fla. - Reigning Heisman Trophy Lamar Jackson has the attention of Florida State head football coach Jimbo Fisher. And Fisher's comments about the Louisville quarterback will get the attention of football fans in Virginia.

"You'd have to say he's a Michael Vick type guy," Fisher explained when describing Jackson during Florida State's media session Monday in advance of Saturday's game vs. Jackson and the Cardinals.

"He's like Vick was back in the day," Fisher added. "I remember in the 1999 national championship game (played January 4, 2000 between Virginia Tech and Florida State), there were a ton of of first round guys that [Florida State] defense that couldn't touch him. If I remember, Virginia Tech was winning going into the fourth quarter and a lot of that had to do with trying to get [Vick] on the ground. Nothing against nobody, but [Jackson] is one of those special guys that only comes around so often."

Vick rushed for 97 yards and a touchdown vs. FSU while passing for 225 yards and another score. It was his final game before being selected first overall in the 2000 NFL Draft.

In two and a half seasons (32 games), Jackson has rushed for 3,221 yards and 42 touchdowns (101 yards/game) while passing for 7,705 yards and 58 touchdowns (240 yards/game). He was awarded the Heisman Trophy last season as college football's best player.