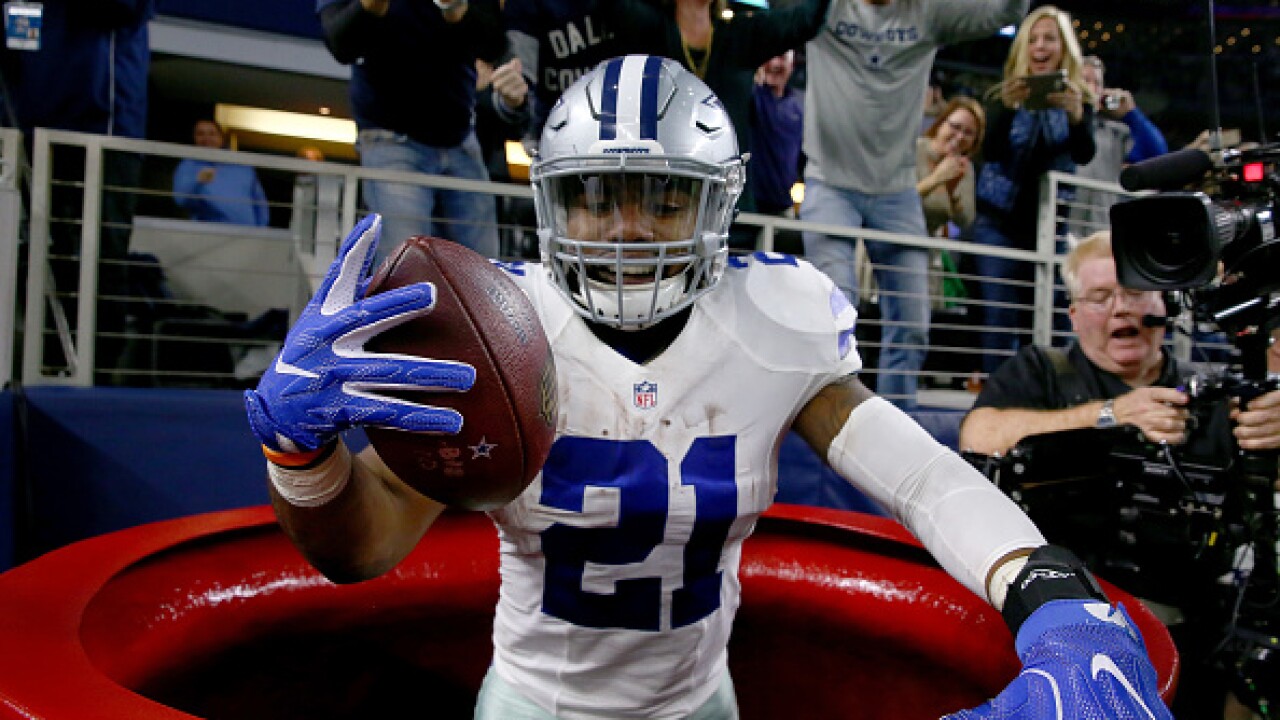 ARLINGTON, TX – DECEMBER 18: Ezekiel Elliott #21 of the Dallas Cowboys celebrates after scoring a touchdown by jumping into a Salvation Army red kettle during the second quarter against the Tampa Bay Buccaneers at AT&T Stadium on December 18, 2016 in Arlington, Texas. (Photo by Tom Pennington/Getty Images)

DALLAS, Texas – The Dallas Cowboys have a bye this week. However, when the defending NFC East division champs return to the field, they may do so without star running back Ezekiel Elliott.

Elliott has played in every game this season, rushing for 393 yards and two touchdowns as his Cowboys have lost three of their first five games.

According to NFL.com, the 5th Circuit ruled 2-1 in favor of the NFL that the district court did not have subject matter jurisdiction in Elliott case after hearing oral arguments from the league and NFL Players Association lawyers earlier this month. It vacates the preliminary injunction and directs an order to the lower court to dismiss the case.

The Cowboys next six games are: at San Francisco, at Washington, vs. Kansas City, at Atlanta, vs. Philadelphia and vs. L.A. Chargers.

Our statement on today's decision regarding Ezekiel Elliott. pic.twitter.com/TXiL5YsFTz

Big win in court for NFL w/ Elliott suspension being vacated. Would expect NFLPA to appeal but timetable for that filing to be heard murky

Fifth Circuit’s decision means the trial court didn’t even have the right to hear #EzekielElliott’s case. He ran to court too soon. pic.twitter.com/0rQfzJUe5P