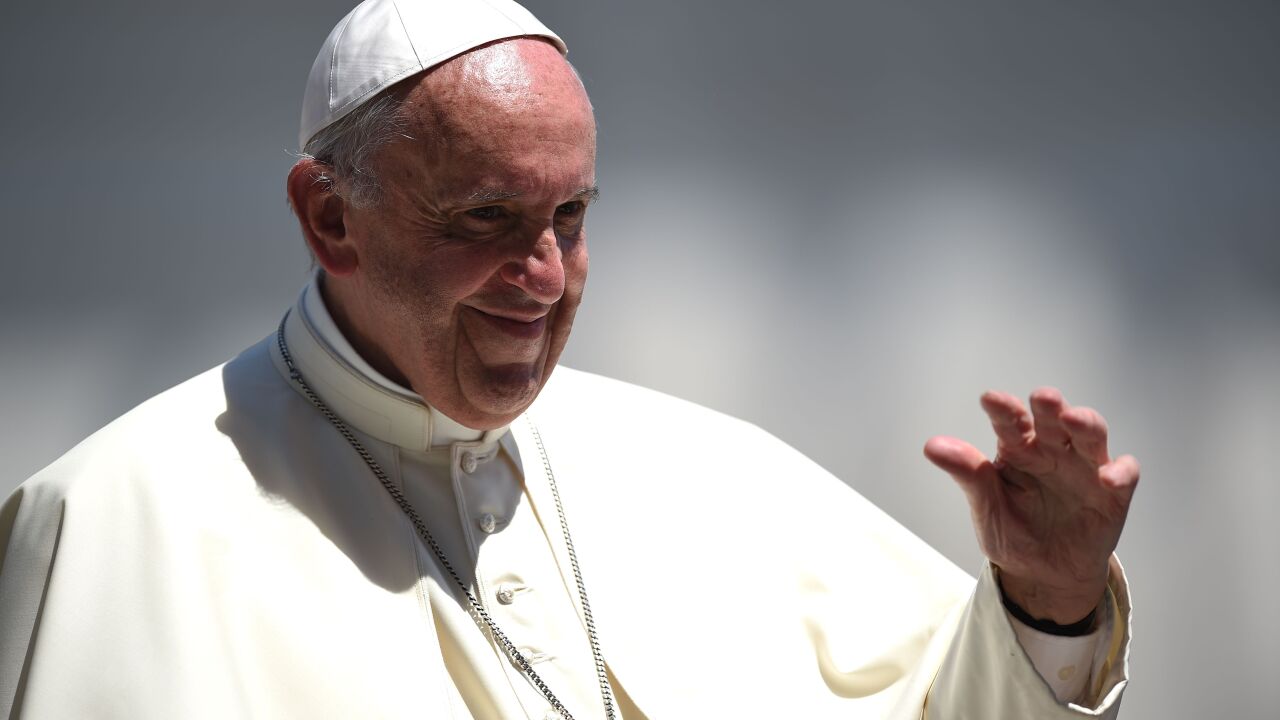 Pope Francis said the death penalty was “inadmissable” and that official Catholic teaching should be changed to reflect that, comments with the potential to reshape the church’s public stance on the controversial issue.

“It must be strongly stated that condemning a person to the death penalty is an inhumane measure,” the Pope said Thursday. He was speaking at a Vatican conference celebrating the 25th anniversary of the Catechism of the Catholic Church, a guide to church teaching published under Pope John Paul II, who died in 2005.

The Catholic Church currently teaches that recourse to the death penalty is permitted but “the cases in which the execution of the offender is an absolute necessity are very rare if not practically nonexistent.”

Both John Paul II and Benedict XVI spoke out against the death penalty, but Francis is the first Pope to suggest changing official church teaching on the issue.

Previously, popes and Catholic teaching allowed for a difference of opinion on the issue.

“There may be a legitimate diversity of opinion even among Catholics about waging war and applying the death penalty, but not however with regard to abortion and euthanasia,” Pope Benedict, when he was still a cardinal, wrote in 2004.

If the wording of the Catechism of the Catholic Church is changed to reflect the stronger language of Pope Francis on the death penalty, Catholics who support capital punishment will have to reconsider their position.

In the United States, the US Conference of Catholics Bishops has been vocal in its opposition to the death penalty in the last decade. In 2005, they began a campaign to end it.

In a speech before the US Congress in 2015, the Pope also urged lawmakers to abolish the death penalty.

“I am convinced that this way is the best, since every life is sacred, every human person is endowed with an inalienable dignity, and society can only benefit from the rehabilitation of those convicted of crimes,” Francis said.

A change in doctrine?

Francis’ move has implications beyond just the death penalty. In his talk, Francis also laid out his idea that church doctrine can and should change with the times.

“Doctrine cannot be conserved without allowing it to progress,” he said. It is a delicate discussion in the Catholic Church, which prides itself on tradition and timeless principles.

The late American Cardinal Avery Dulles, a Jesuit, said in a 2004 essay on capital punishment that previous popes did not dare to change the teaching because it would risk undermining other moral teachings of the Catholic Church:

“Consistency with Scripture and longstanding Catholic tradition is important for the grounding of many current teachings of the Catholic Church; for example, those regarding abortion, contraception, the permanence of marriage and the ineligibility of women for priestly ordination. If the tradition on capital punishment had been reversed, serious questions would be raised regarding other doctrines.”

In a series of posts on Twitter, New York Times columnist and Catholic Ross Douthat said the Pope’s comments could add “to the crisis of the conservative Catholic mind” under Francis.

But John Cavadini, a professor of theology and director of the McGrath Institute for Church Life at the University of Notre Dame, welcomed the Pope’s comments.

“I admire Pope Francis’ call for the abolition of the death penalty as a contribution to the seamless garment of pro-life ethics. State killing is not in keeping with the purposes of punishment or the norms of human dignity,” Cavadini said.