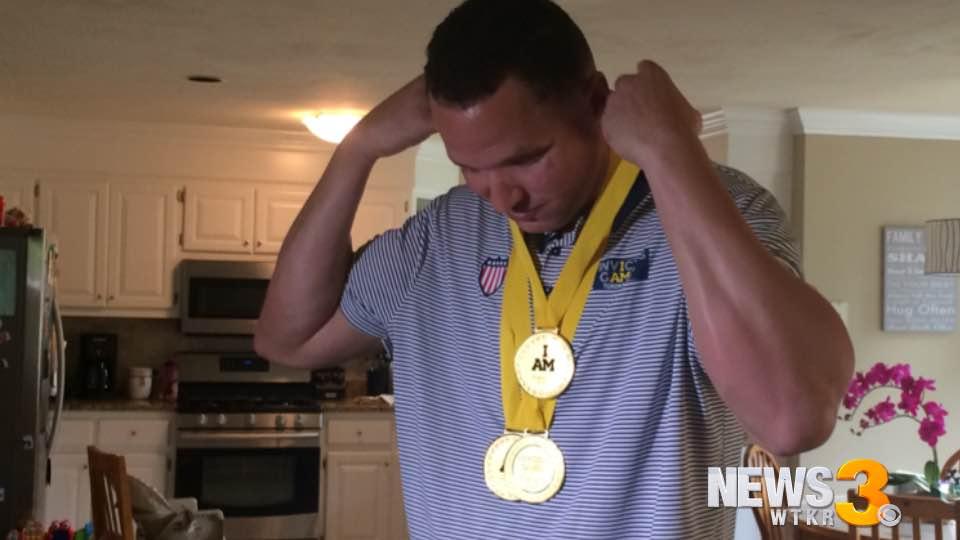 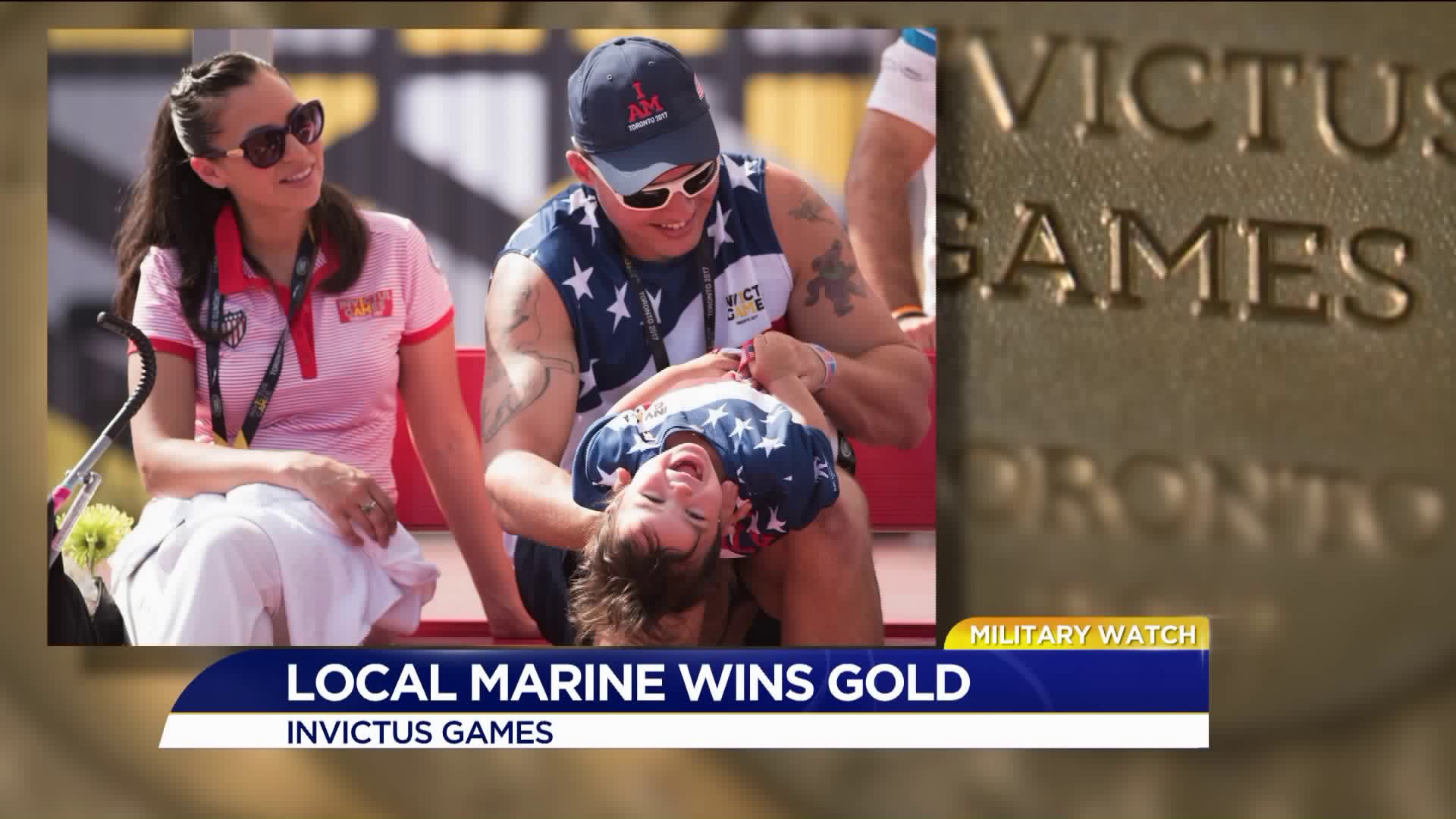 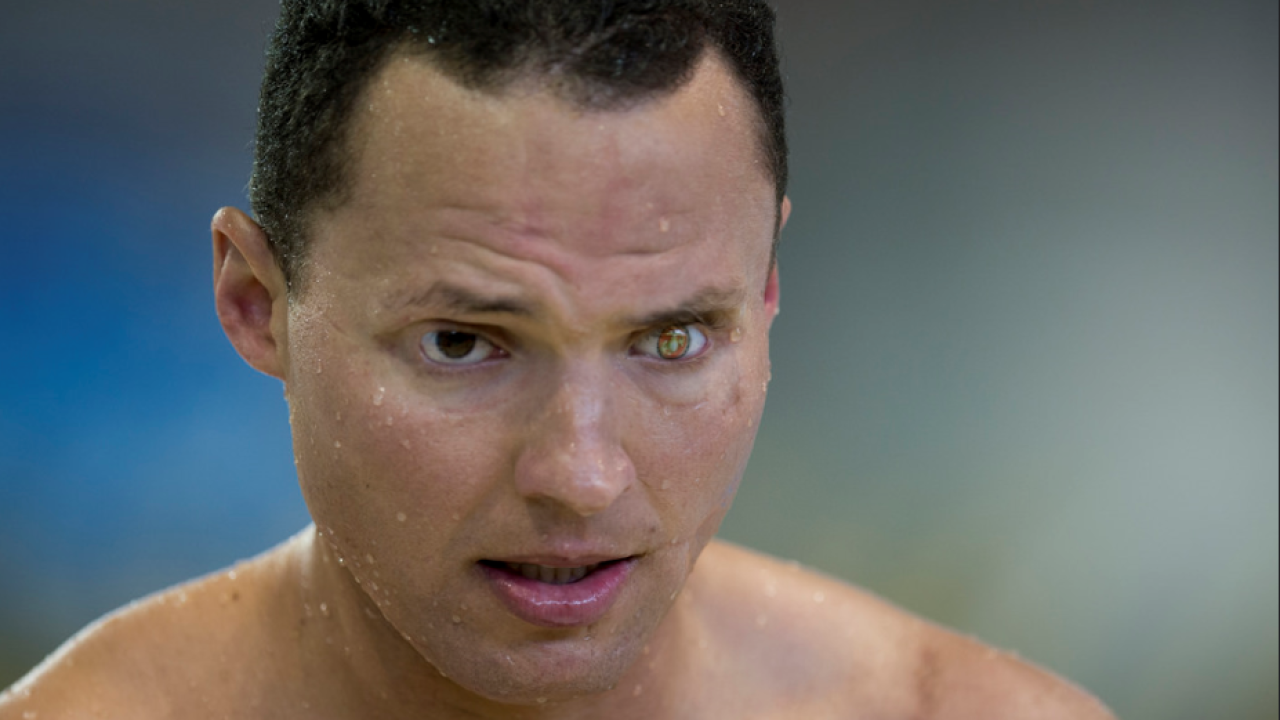 NORFOLK, Va. - A local Marine who lost his eye in a combat zone in Afghanistan in 2010 is coming home from the Invictus Games as a 4-time Gold Medal Champion.

News 3's Rachael Cardin first introduced Hampton Roads to GySgt. Dorian Gardner this past summer when he competed in the Wounded Warrior Games, where he placed in several events. The next round of competition took him to Canada where he was not only successful in four of his events, but placed first.

He remembered his road to recovery during a recent interview, "in the time I was submerged in depression and self pity and everything just dark, now to see something this good come out of that...that day brought me here," said Gardner.

Fast forward seven years from that injury, Gardner is now married to the nurse who was assigned to him during his recovery. She was in Canada and watched as dignitaries placed gold medals around his neck after winning Shot Put, Discus and two swimming events. "My wife more than anybody, to be there at my lowest point and to see me on the podium getting my medal. I'm so happy she was there with me," Gardner said.

But the hardware he brought home with him is not the real gold, he said. "The competition was a snap shot of everything that happened out there." He said being around the 600 other athletes who have overcome a tragedy made the trip so much more than just an athletic competition.

"Wounded, ill or injured, we are all there competing for the same goal and coming back whatever we survived says something about every one of those athletes," said Gardner as he reflected on the men and women from around the world who all shared the field of competition at the Invictus Games.

Gardner said he remembers so many moments from the 10-day trip.  "You see people turning around on the track to bring the last guy over the finish line with them, the moments of that trip made it special."

It's a story of one local marine's survival and hunger for more from life. Gardner and his wife have children who they always teach determination to. He told News 3 that quitting is not an option in their house and he plans to continue to live this out as he trains for next years' games, striving to do even better than he did this year.

The Invictus Games were hosted by Prince Harry in Toronto Canada. The competition was held from Sept. 21- Oct. 1.