Cherry juice and other ways to reduce post-exercise soreness 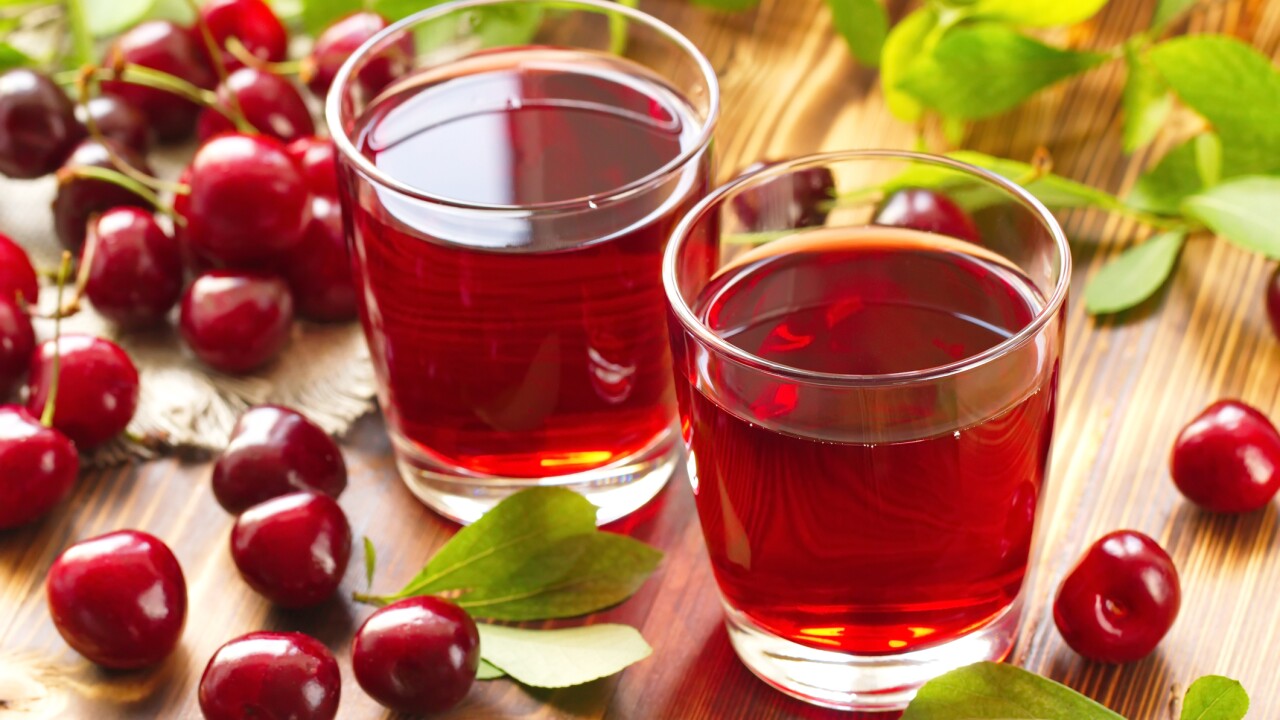 I have a confession: I don’t mind exercise-related pain. In fact, I welcome it. Now before you conclude that I’m a masochist, let me explain: The type of pain I’m talking about is soreness that comes after exercise and may last for a few days before going away. Known as delayed onset muscle soreness, or DOMS for short, it’s a sign that your workout is making you stronger. I consider it “good” pain. That’s in contrast to “bad” pain, which typically happens during exercise and gets worse afterward. It’s a sign that you have an injury.

Any type of activity can cause DOMS, especially if the exercise is strenuous or something to which your body isn’t accustomed. However, DOMS is most likely to occur after muscle-lengthening (or eccentric) movements such as lowering a dumbbell or running downhill.

For nearly a century, DOMS was widely attributed to the buildup of lactic acid in muscles. Today, lactic acid retains its reputation among some in the fitness world as a pain-causing waste product. But science has shown that to be a bum rap. Our muscles break down glucose into lactic acid (technically lactate), which is used as fuel. Lactate is removed from muscle within a few hours after exercise, so lactic acid can’t explain soreness that occurs a day or two later.

Instead, researchers now believe that the discomfort is due to the process by which the body repairs micro-tears in muscle caused by exercise. Soreness isn’t the only symptom; swelling, stiffness, tenderness and a reduction in strength and range of motion can also occur. When you do the same activity again, your DOMS will likely be milder — or won’t occur at all. And you’ll be stronger.

It’s generally fine to exercise with DOMS, though you may need to dial back the intensity or focus on areas not affected. Taking a day off to rest is OK, but don’t use DOMS as an excuse for an extended (or permanent) break from exercise.

In fact, physical activity may decrease your soreness, at least while you’re doing the activity. Other methods may provide some relief as well. Here’s the lowdown on three of them.

Heat and cold
In a review of 17 trials of ice-bath treatments, which are often used by athletes, researchers concluded that the technique may reduce soreness after exercise. But sitting in a tub of water chilled to 50-something degrees Fahrenheit — ideally for 10 to 15 minutes, according to research — isn’t exactly pleasant.

A relatively new method is whole-body cryotherapy, in which you sit or stand for two to four minutes in a special chamber where the temperature is as low as minus 300 degrees Fahrenheit. (No, that’s not a typo.) A review of four studies found that there’s insufficient evidence to tell whether whole-body cryotherapy reduces DOMS. And potential risks, which include frostbite, oxygen deficiency and asphyxiation, have yet to be studied.

Cold wraps were placed on both legs for 20 minutes. Heat wraps were left on subjects’ legs for eight hours to give adequate time for the heat to penetrate deeply into muscle. (The temperature — about 104 degrees Fahrenheit — was low enough so as not to burn the skin.) The verdict: Both heat and cold therapy reduced soreness, but cold — whether applied immediately after exercise or 24 hours later — was superior to heat.

Though scientists aren’t sure exactly why cold or heat might reduce DOMS, it is known that the two have opposite physiological effects: Cold constricts blood vessels and reduces blood flow, while heat dilates vessels and increases flow. Based on this, some athletes alternate between cold and heat, which they claim creates a “pumping action” of constriction and dilation that removes waste products from muscles and brings in fresh blood. Known as contrast therapy, this approach typically involves spending one or two minutes in a cold bath followed by a warm bath, and then repeating the sequence multiple times.

Pooling data from 13 studies, researchers found that contrast therapy decreases post-exercise soreness more than resting does. But it doesn’t appear to offer any advantages over cold water alone. While it’s possible that longer times in the water might yield different results, all the tub hopping probably isn’t worth the effort.

Massage
Getting a massage is certainly more enjoyable than sitting in a cold bath, and research suggests it may reduce DOMS, at least temporarily. In a review of nine studies on massage, six of them found that it alleviated soreness. The rub, however, is that the benefit generally occurred only in the early stages of DOMS, at 24 hours post-exercise. At 48 and 72 hours after exercise, there was less evidence that massage helped.

Though researchers aren’t sure why massage reduces pain, possible explanations include its effects on inflammation, stress hormones or the nervous system. Another theory is that massage increases blood flow to muscles, though some studies refute this idea and even show that massage may have the opposite effect. Perhaps the most common explanation is that it works by removing lactic acid. But as previously mentioned, lactic acid isn’t a cause of DOMS.

Because studies have used different massage techniques, it’s unclear which methods are most effective. There’s also uncertainty about timing and duration, though in most of the studies that showed a benefit, massages were done two or three hours after exercise and lasted 20 to 30 minutes.

One possible downside of massage is the cost. But self-massage performed with a foam roller may be a relatively inexpensive alternative.

Tart cherry juice
Though the research is preliminary, there is some evidence that tart cherry juice can reduce soreness. For example, in a small, randomized study, male college students drank either tart cherry juice or a placebo beverage for four days, did bicep curls to induce DOMS, and then drank their assigned beverage for another four days. Those consuming the cherry juice reported less soreness than the non juice-drinkers, and their pain peaked and declined more rapidly.

As for how tart cherries might alleviate pain, they’re rich in substances called anthocyanins, which are known to reduce inflammation. And research in rats has found tart cherry anthocyanins to have effects similar to those of pain medications known as NSAIDs.

Though the optimal dose is unknown, subjects in studies consumed the equivalent of about 100 cherries per day, which you can typically get in two cups of tart cherry juice or a smaller amount of concentrate. If you follow the regimen for multiple days, as was done in research, the extra calories and sugar can quickly add up. That may be a price for pain relief that you don’t want to pay.

The take-away is that while some methods touted for reducing soreness may provide a bit of relief, all have shortcomings and none is guaranteed to keep DOMS at bay. With or without these remedies, you’ll likely experience some degree of soreness after intense workouts. But don’t let this scare you off or stop you from continuing. Remind yourself that the soreness is only temporary, but the benefits of exercise, if you keep at it, are lasting.