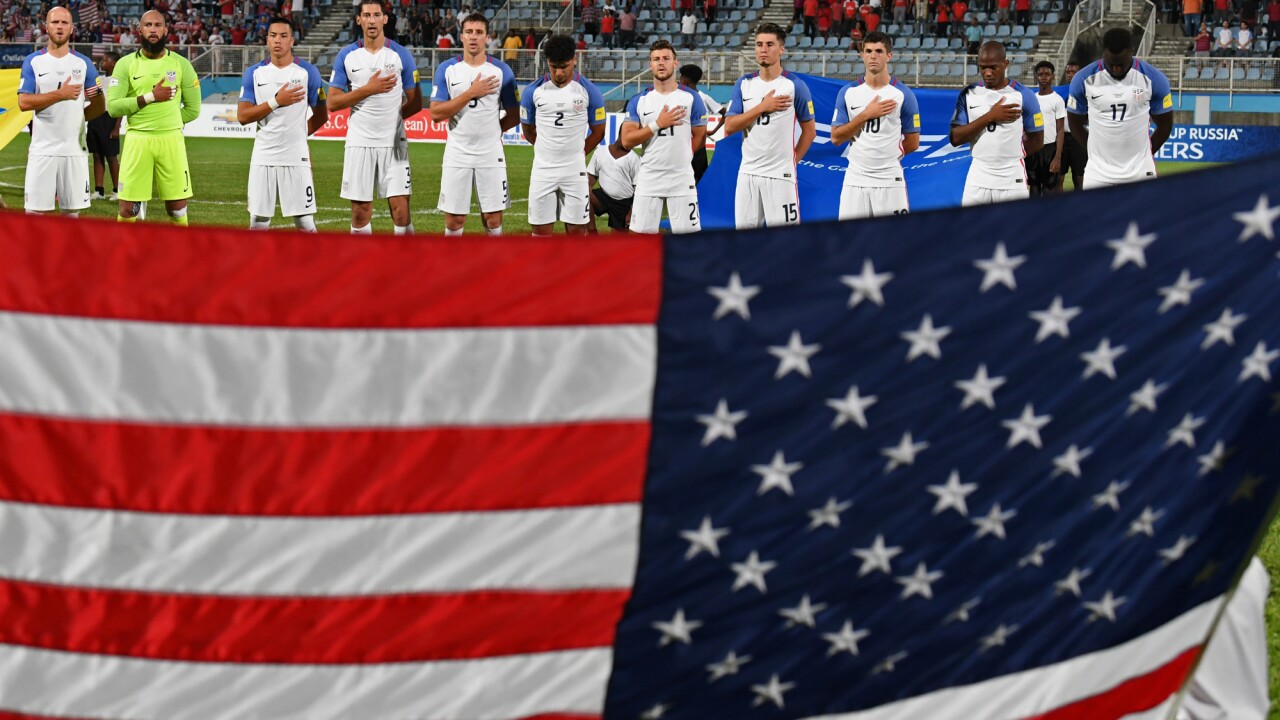 Players of the United States listen to their national anthem before the start of their 2018 World Cup qualifier football match against Trinidad and Tobago, in Couva, Trinidad and Tobago, on October 10, 2017. / AFP PHOTO / Luis ACOSTA (Photo credit should read LUIS ACOSTA/AFP/Getty Images)

The U.S. stunningly lost to Trinidad and Tobago 2-1 Tuesday night. That result will keep the U.S.A out of the FIFA World Cup for the first time since 1986.

Trinidad and Tobago scored a pair of first-half goals, and the United States could not recover.

The U.S. entered its final qualifier with a berth uncertain for the first time since 1989. Home losses to Mexico last November and Costa Rica left the Americans little margin for error.

The United States has been eliminated from World Cup 2018. The most surreal and embarrassing night in US soccer history.

Entering the night, the Americans, ranked 28th in the world, needed only a tie against 99th ranked Trinidad, a loser of six straight qualifying matches. But Tuesday’s 2-1 defeat — coupled with Honduras’ surprising win vs. Mexico and Panama’s dramatic victory vs. Costa Rica keeps the United States off soccer’s biggest stage.