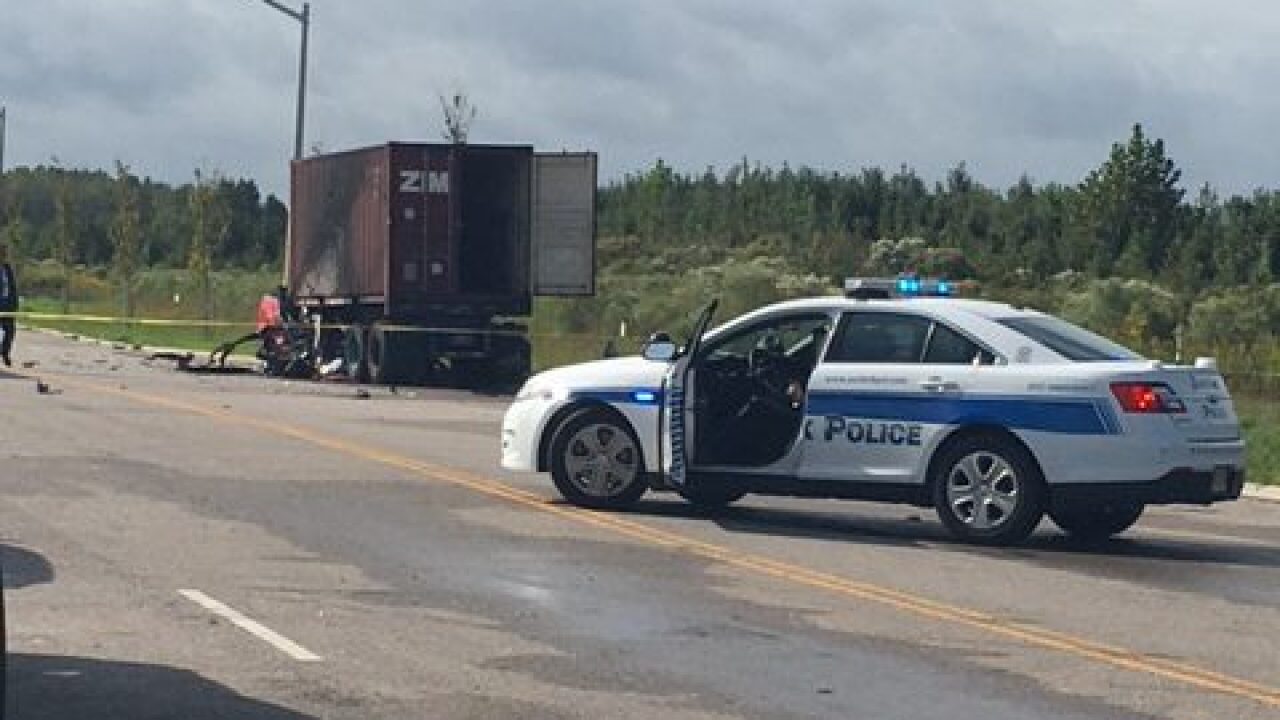 SUFFOLK, Va. – A man has died following a crash in the 2000 block of Northgate Commerce Parkway.

According to police, a pick-up truck collided with a parked, empty tractor trailer container and then caught fire.

The driver was pronounced dead at the scene and has since been identified as 17-year-old Drew Miller.

Crews were able to quickly extinguish the fire upon arrival.  Responding units included Engines 5 and 10, Ladder 5, Battalion 2, Safety 1, Medics 5 and 10, Tanker 9, and the Fire Marshal.

Due to the nature of the victim’s injuries, the victim’s body has been transported to the Medical Examiner’s Office so an autopsy can be performed to confirm his identity. The traffic fatality investigation team is investigating the incident.