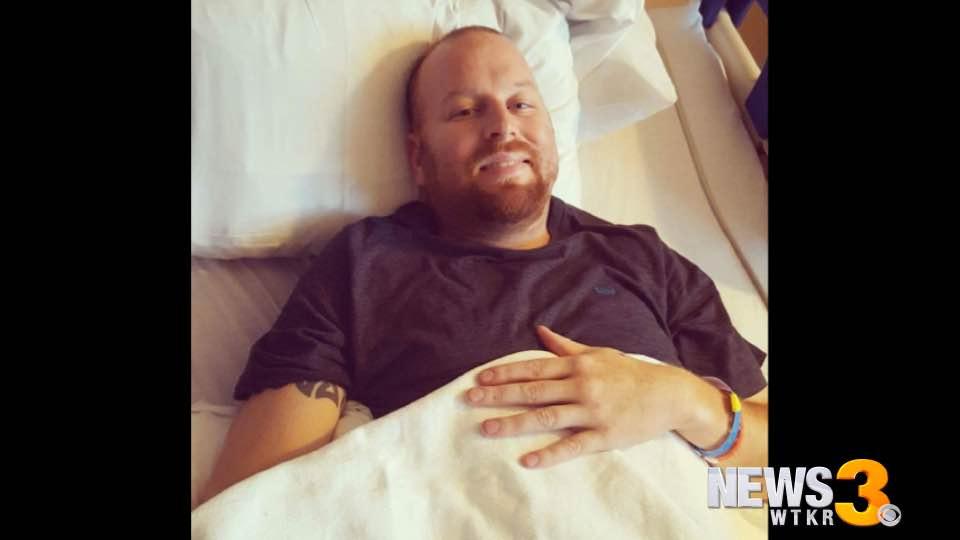 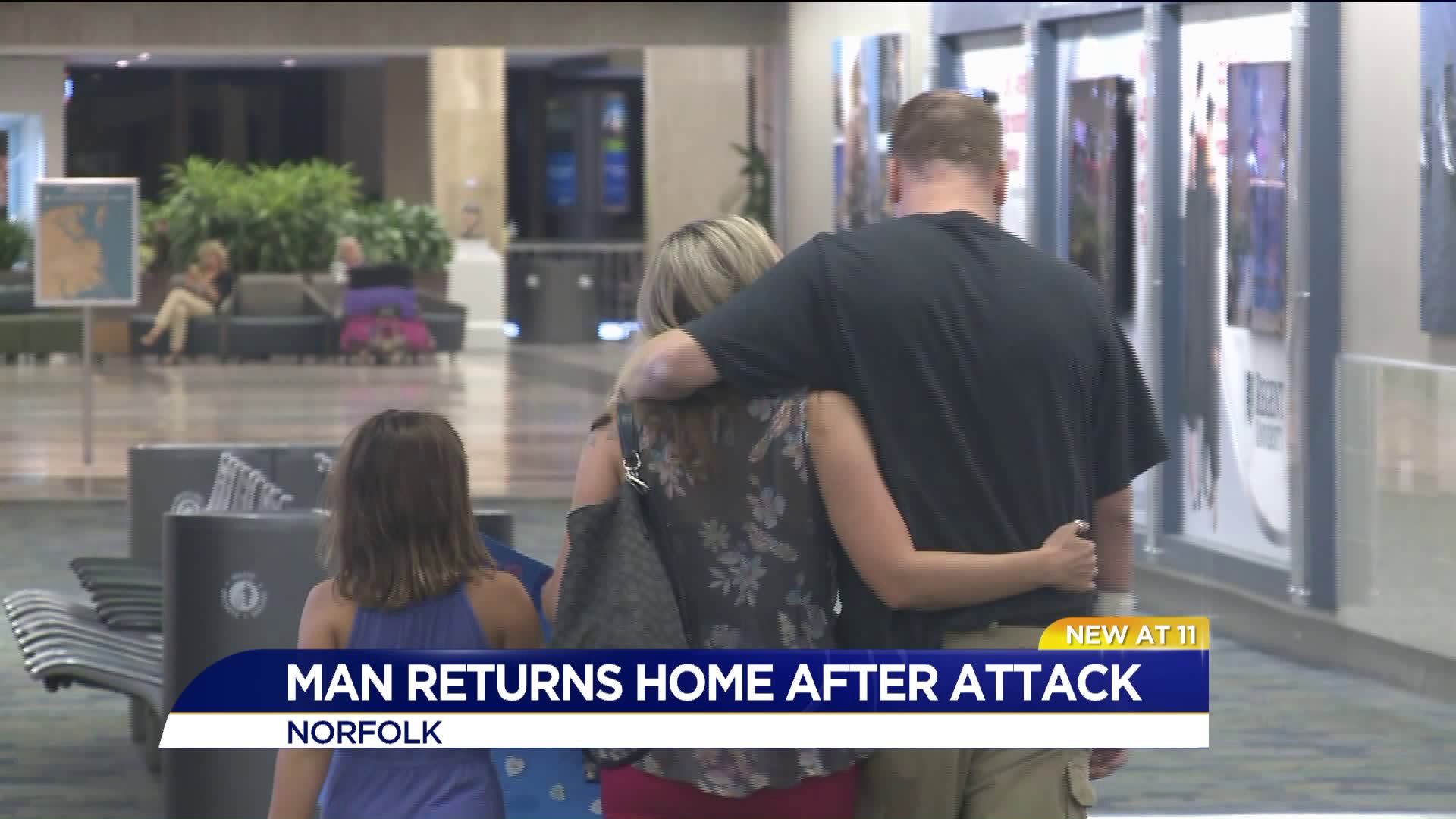 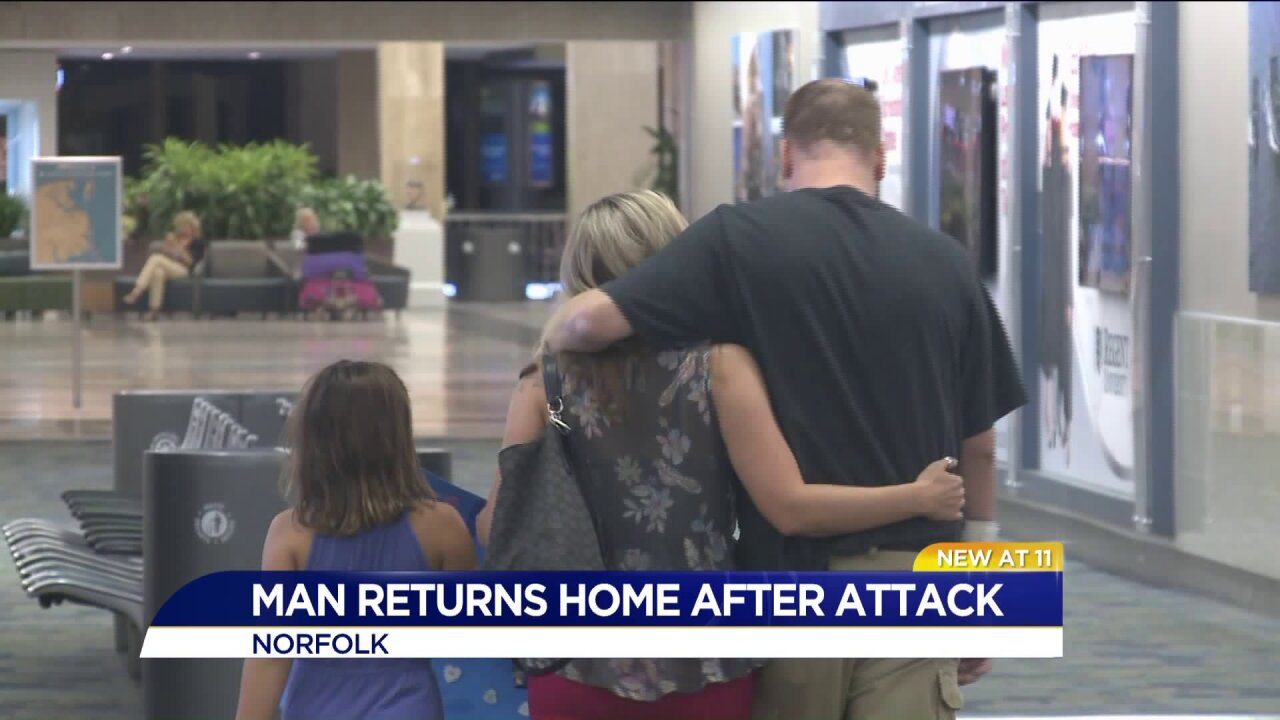 NEW ORLEANS, La. - A Chesapeake man returned home for the first time, Friday, since he was brutally beaten in New Orleans.

33-year-old Kevin Guin and his brother, Jason, went to Louisiana last month for a bachelor party.

The night of the bachelor party Guin separated from the rest of the group in the city's famed French Quarter to go back to his hotel. That's when police say Guin was assaulted.

His injuries required brain surgery, which left him with more than 30 staples in his head. Guin also lost feeling in his right arm and leg.

After spending three weeks in a Louisiana rehab facility, Guin was cleared to fly home; several weeks earlier than expected.

"These two are the reason," he said as he embraced his wife and daughter Friday at Norfolk International Airport. "I pushed real hard through a lot of pain...a lot of long nights, but I'm glad to be home."

Guin's mother was also at the airport when he came home. His father, Monty, went to Louisiana and stayed with Kevin for his last two weeks in rehab and returned home with him.

Guin tells News 3 he's still working to regain strength on the right side of his body and will continue outpatient therapy at home.

A GoFundMe page set up for the Guin family has raised nearly $20,000.