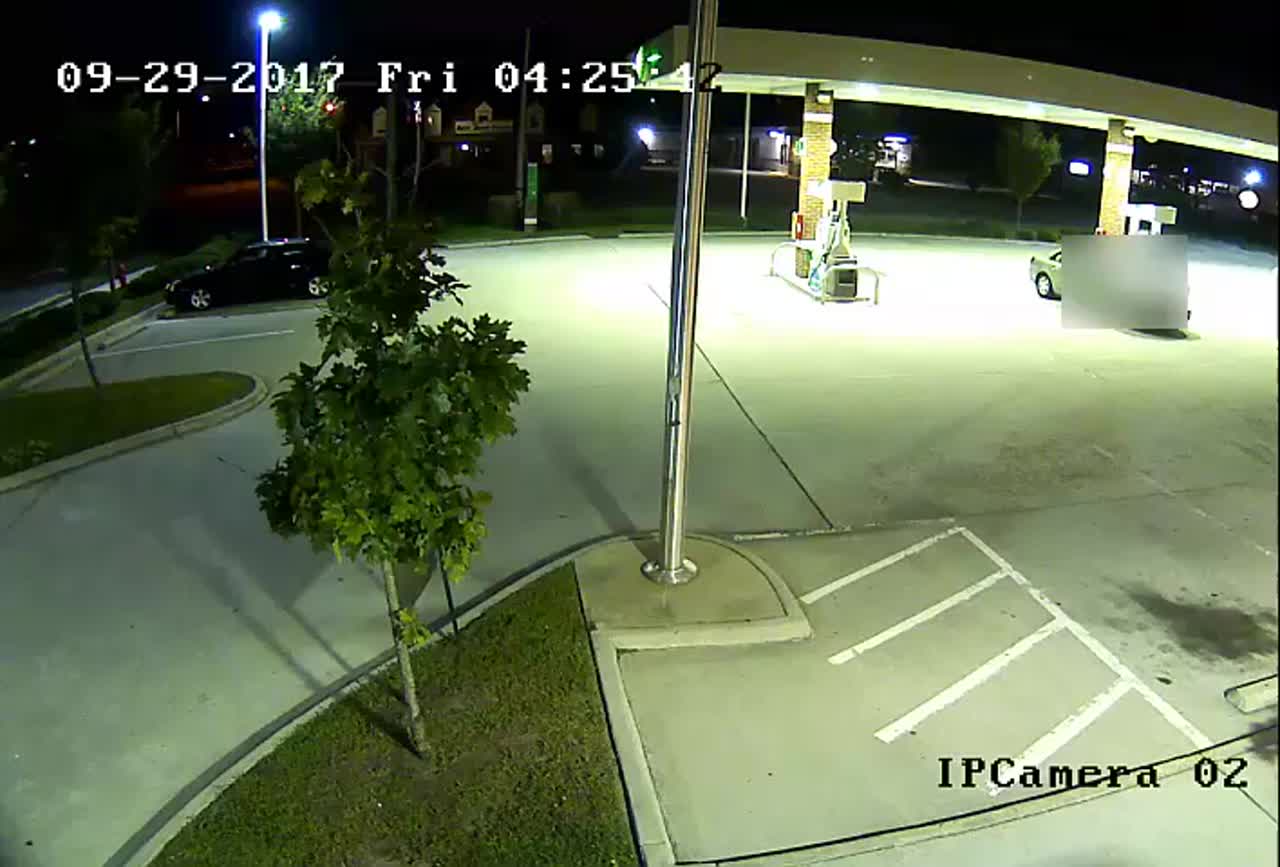 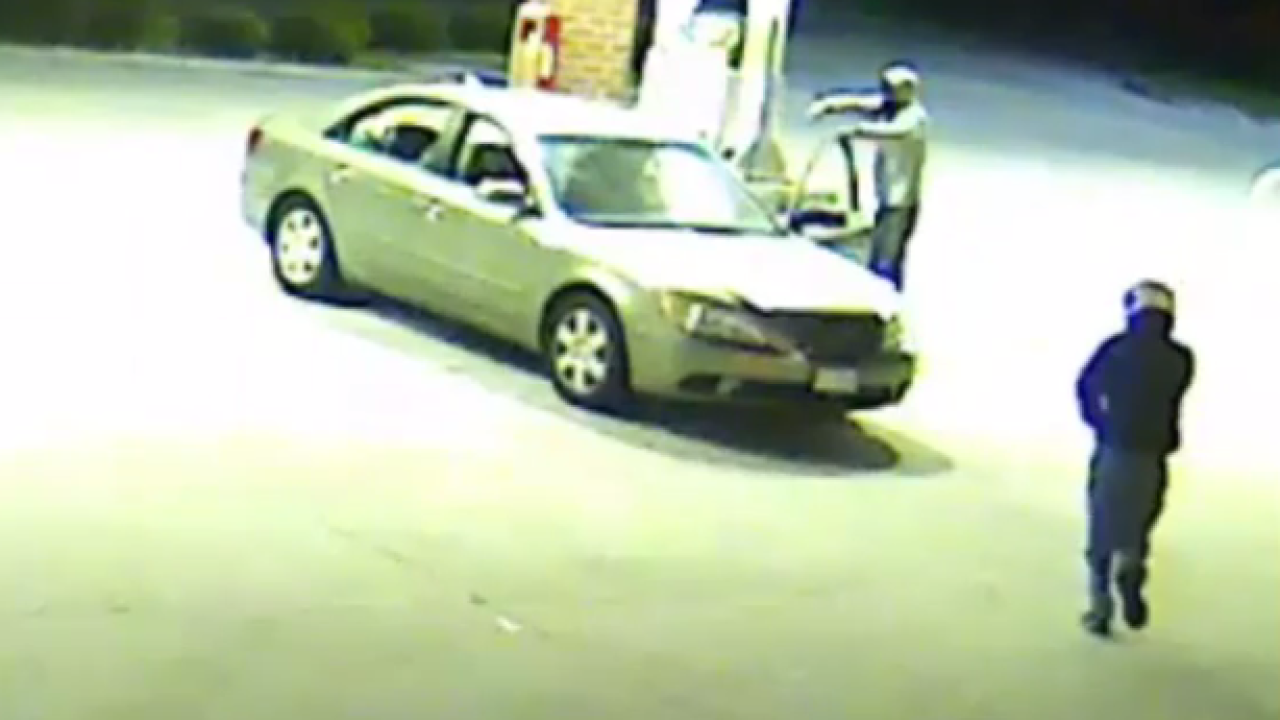 At approximately 4:25 a.m., detectives received the call that two black males approached a victim at the BP station. One of the suspects pulled out a handgun and demanded the victim's property. Once they were given the property, both suspects ran through a small cut towards the Chimney Hill Shopping Center. No injuries were reported.