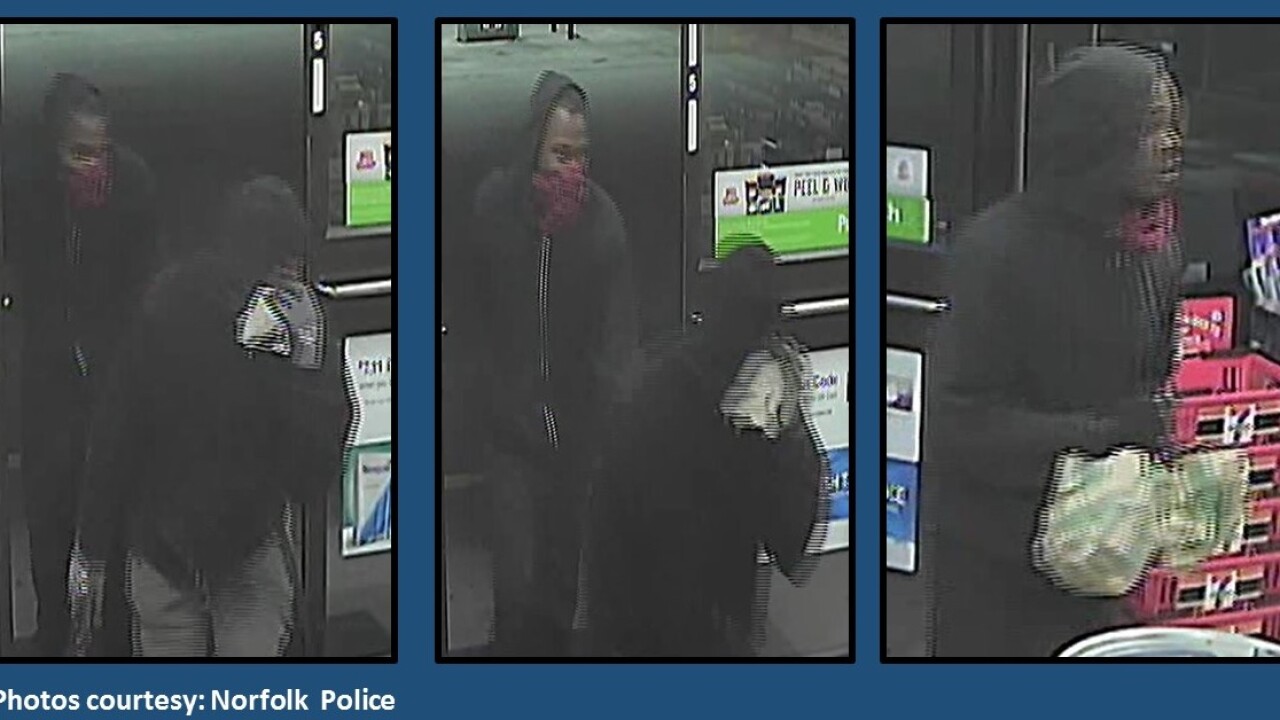 NORFOLK, Va. – The Norfolk Police Department is seeking the public’s assistance in identifying the two suspects who robbed a 7-Eleven at 1511 E. Little Creek Wednesday.

Around 2:30 a.m. on October 4, two adult men – one of them armed – entered the 7-Eleven and demanded money from the employee. The clerk complied with their demands, and the suspects fled the location before police arrived. No injuries were reported in this incident.

Anyone who has information about this incident is encouraged to call the Norfolk Crime Line at 1-888-LOCK-U-UP (1-888-562-5887) or text “NORFOLK” and tip information to 274637 (CRIMES). You can also submit a web tip at www.norfolkcrimeline.com.