No cameras, please: How the Supreme Court shuns the spotlight 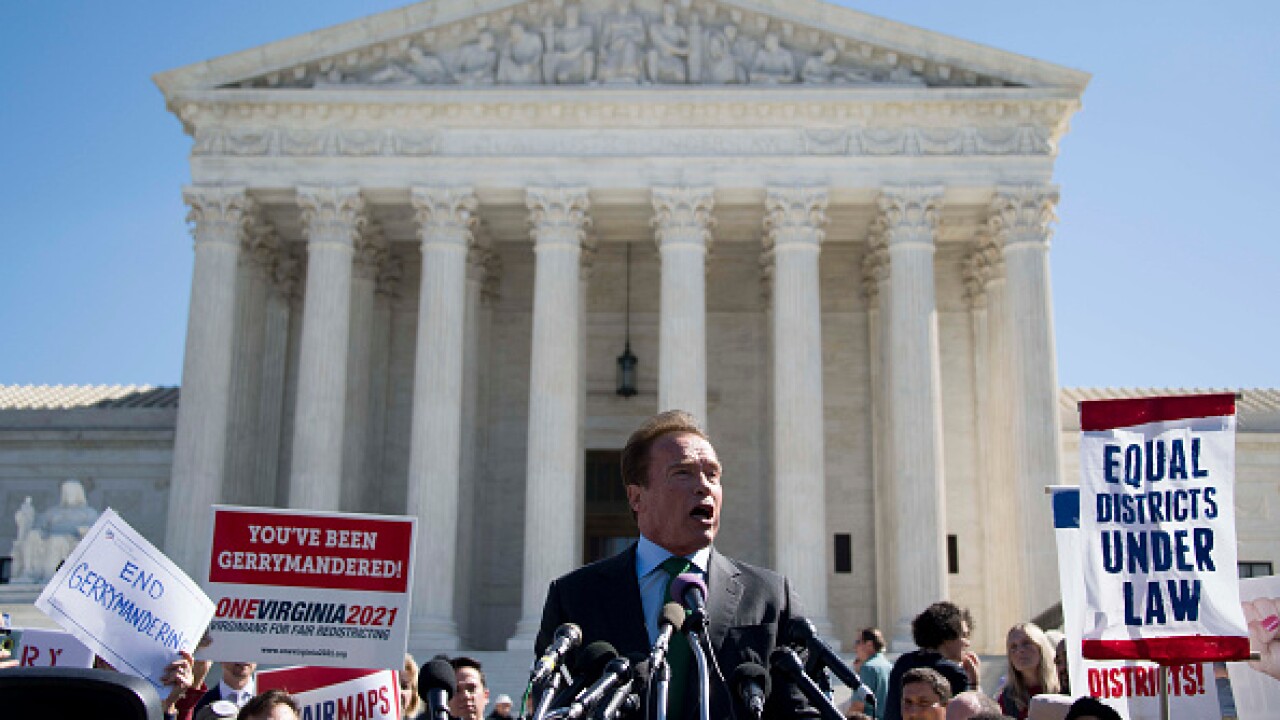 At 10:00 a.m. on Tuesday morning, about 400 people, including journalists and former California Gov. Arnold Schwarzenegger, settled into their seats at the US Supreme Court to hear what turned out to be an incredibly lively and educational argument over partisan gerrymandering.

Everyone else had to wait.

The case could have a profound effect on future elections and the political direction of the country, but while a ruling may not come for months, Tuesday’s oral arguments are a reminder that the Supreme Court sets its own path when it comes to transparency.

Court junkies around the country erupted in outrage when transcripts for the oral arguments appeared later than usual on the court’s website. On top of that, Chief Justice John Roberts had denied a congressional request to release same-day audio of the proceedings. And, as always, no video cameras were allowed.

With a blockbuster term including cases on religious liberty, immigration, privacy and voting rights, questions are again being asked why the Supreme Court remains so opaque.

“SCOTUS still living in the 70s when it comes to technology and transparency,” Josh Douglas, an election law expert at the University of Kentucky College of Law, tweeted.

“This is the most important election law case in years — one that may impact the entire foundation of our democracy,” Douglas said later. “Yet those of us who could not be in DC at the oral argument were left waiting hours to read a cold transcript of what the justices said.”

The court regularly posts all audio on its website the Friday after arguments. But to some, that’s not good enough.

In fact, four congressmen wrote Roberts last month asking him to provide live audio for the redistricting case to no avail.

“In the past 17 years, the court has released same-day audio for 26 cases with heightened public interest,” wrote Democratic Reps. Gerry Connolly, Mike Quigley and Jerry Nadler, along with GOP Rep. Ted Poe. “This case undoubtedly meets that bar.”

In a separate statement, Connolly said the Supreme Court “is not some mystical priesthood” and that in the digital age “it strains credulity that this modest effort at transparency would prove impossible.”

What the congressmen, really want, however, is for the court to televise its proceedings. Last January, they introduced the Cameras in the Court Act, legislation they believe would “increase public transparency and improve understanding of its proceedings.”

But there is no sign that the justices are going to budge on that issue.

“I can tell you the day you see a camera come into our courtroom, it’s going to roll over my dead body,” retired Justice David Souter said in 1996.

While some justices seemed open to the idea before taking the bench, they changed their minds once they reached the high court. As things stand, there is no support among the current justices to have proceedings televised.

In an appearance last month at the Newseum, Justice Sonia Sotomayor said that during her confirmation process, she met with several senators who told her they thought that when the Senate installed cameras in their chamber in the 1980s, it stopped members from having to sit next to each other, listen and discuss problems in person.

She feared that televising proceedings at court might lead to some justices playing to the cameras or others to refrain from asking questions. She acknowledged that audio is released but feared cameras would change the institution.

What Sotomayor didn’t add is that the court is currently the most collegial branch of government. Implicit in her comments: if it ain’t broke, don’t fix it.

As things stand, according the court’s public information officer, there are approximately 400 seats in the courtroom, which include the bar section, the justices’ guest box, 36 press seats and the public section (240 seats for the general public, groups and guests of the court.)

Often the line forms early in the morning, and even the previous day for big events where hopeful individuals (and sometimes hired placeholders) begin to arrive with sleeping bags in tow.

Jeffrey P. Minear, the counselor to Roberts, responded to the congressmen, he said, because the chief justice was “busy with the current argument session.”

Minear said Roberts “has worked throughout his tenure to make the Supreme Court’s work more accessible to the public.” He noted that the court now posts its opinions online simultaneously with their announcement, posts oral argument transcripts as soon as possible and posts audio recordings by the end of the week. In addition, in November, the court plans to launch an electronic filing system that will make virtually all filings accessible online, without cost, to the public.”

But no live broadcasts.

Minear reiterated that live broadcast or streaming of oral arguments “could adversely affect the character and quality of the dialogue between the attorneys and justices.”

He added, “The chief justice appreciates and shares your ultimate goal of increasing public transparency and improving public understanding of the Supreme Court.”

That sentence gave hope to Gabe Roth, who runs an organization called Fix the Court and has pressed for more transparency. Roth points out that some lower courts offer live access to appellate arguments and that “pro-transparency reforms” come in fits and starts.

And things are at least going electronic, Roth noted.

“The justices’ financial disclosures have yet to be released online, but as of this summer the press and public may obtain them via thumb drive and not just via paper,” he said. “The court refuses to post some basic information online, such as why the justices periodically recuse themselves from cases, yet as of next month, attorneys will be able to file their cases and motions electronically.”