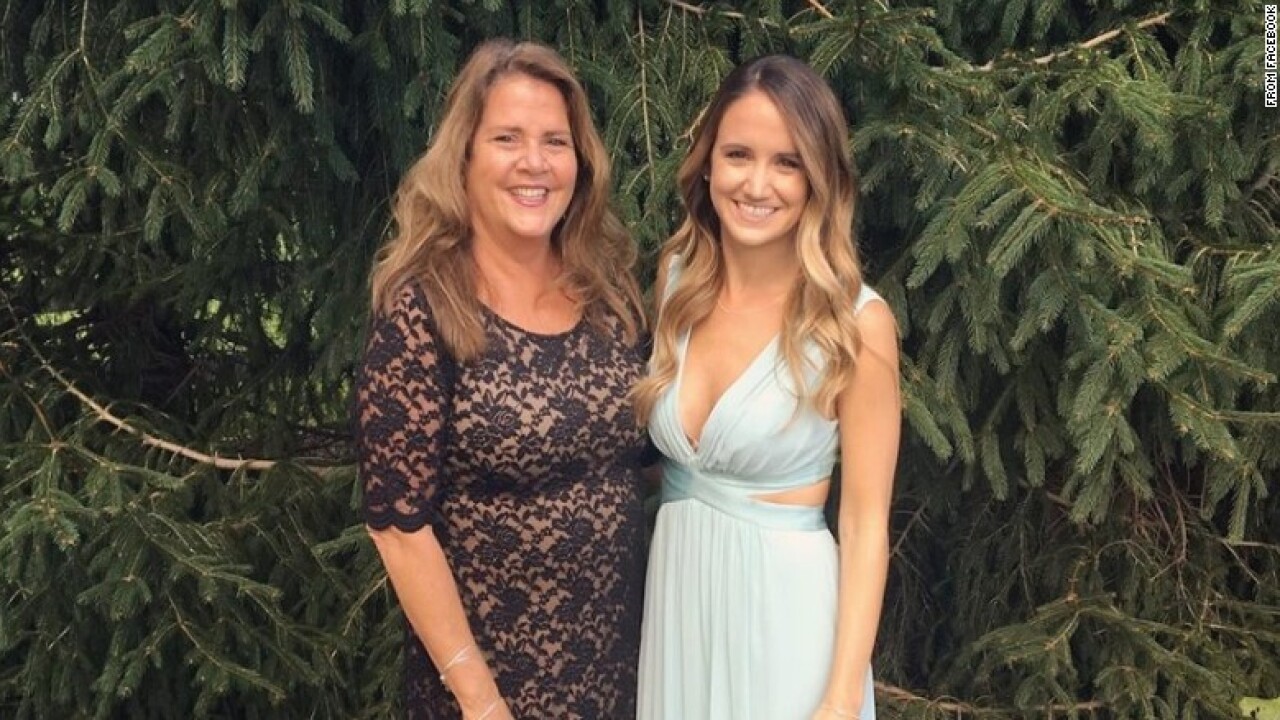 Mary Moreland’s daughter, Tina Frost, is in a coma after the Las Vegas shooting. Moreland speaks with CNN’s Scott McLean about her daughter.

Tina Frost, a 27-year-old woman from Crofton, Maryland, is fighting for her life. She sustained grievous injuries Sunday after being struck above her right eye by the gunman’s bullet in Las Vegas.

Mary Moreland’s daughter, Tina Frost, is in a coma after the Las Vegas shooting. Moreland speaks with CNN’s Scott McLean
about her daughter.

Now, speaking on Frost’s behalf, her mother, Mary Moreland, is crediting a man they only know as “Shane” for saving her daughter’s life.

She says Shane helped Frost’s boyfriend, Austin, carry her to a pickup truck, holding his shirt on her eye as they sped to the hospital. Once they arrived, the man, still unidentified, placed her in a wheelchair before she was taken away, said Moreland.

“Thank you for saving my daughter’s life,” she said when CNN’s Scott McLean asked her what she wanted to say to the man who brought Frost to safety.

But Moreland’s gratitude for Shane’s heroism is mixed with grief over how much changed for Frost in those brief moments.

“She has her whole life in front of her, and with one incident, we have a nightmare,” she said.

“It’s very hard when I first saw her, it was all I could do to keep composed, but she’s a fighter and it doesn’t matter what she looks like — it matters in here,” said Moreland, gesturing to her heart.

Meanwhile, Dr. Keith Blum, a neurosurgeon at Sunrise Hospital where Tina is recovering, is holding out hope, but says the recovery may not be easy or fast for Tina, who is now in a coma and breathing with a ventilator. Frost also lost her right eye that night.

“Unfortunately, some people may not ever recover. In some of the people I would say, give it a year,” he said.

As Frost’s family prays for good news, they’re not alone. A GoFundMe page for her has already raised more than $390,000, more than seven times the original goal of $50,000.

The outpouring of support, however, could never heal a mother’s heartbreak.

“I’d throw it all away to have my daughter back,” said Moreland, her voice breaking with emotion. “It’s overwhelming.”

On Sunday evening, the shooter firing from the window of a room on the 32nd floor of the Mandalay Bay Resort and Casino on the Las Vegas Strip killed 58 people and wounded about 500 others.

A nurse, a special education teacher and kindergarten teacher are among the dead. Police are still trying to piece together a motive.

“We believe Paddock is solely responsible for this heinous act,” Fasulo said.