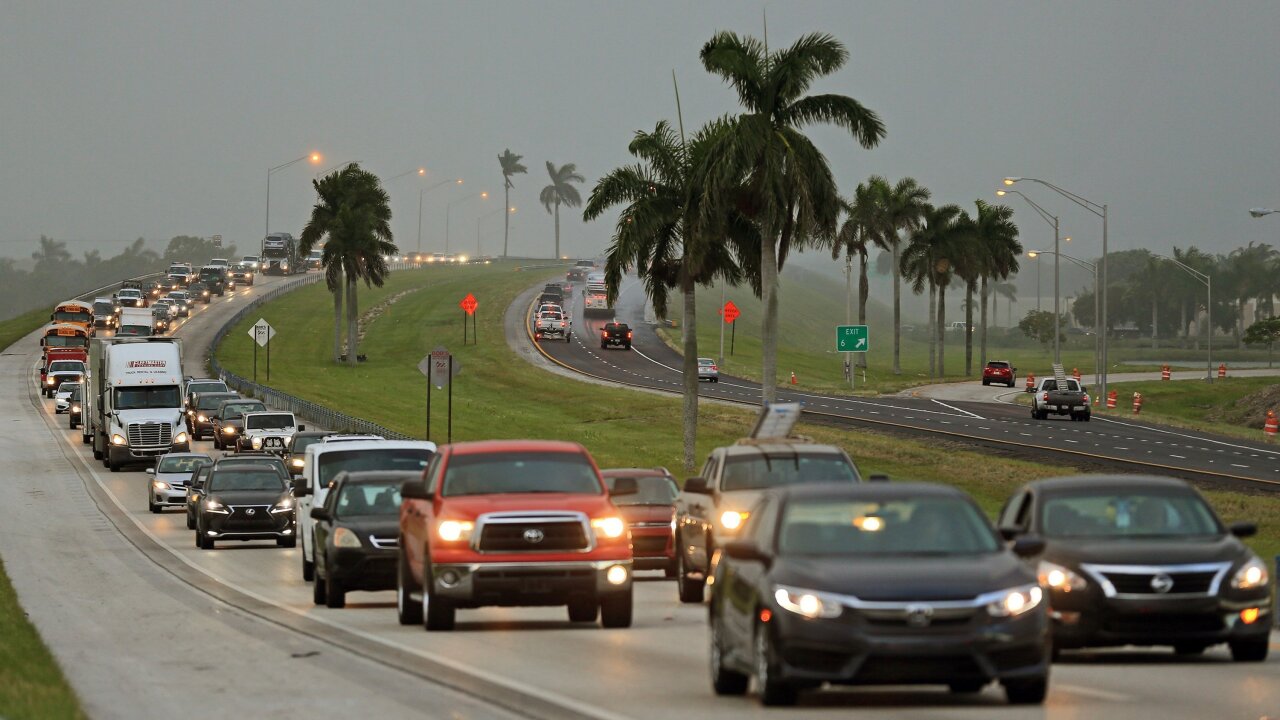 Residents of the Miami area and the Florida Keys streamed north in packed vehicles, anxiously rushing to dodge Hurricane Irma as the deadly Category 4 storm took aim at the state’s eastern coast after devastating the Caribbean.SOURCE: Al Diaz/Miami Herald/Associated Press

The United States lost 33,000 jobs in September as the economy took a hit from Hurricanes Harvey and Irma. It was the first monthly decline in jobs in seven years.

Economists had been expecting an increase of 90,000 jobs, even after accounting for the hurricanes. But the economists and Labor Department expect the decline to be short-lived as employers closed by the storm in Houston and Florida are able to reopen.

There could be an increase in jobs in coming months due to the storms as homes and other buildings are repaired or rebuilt, and Americans buy cars and other items to replace those that were lost.

Even the drop in jobs reported in September could disappear in future revisions of the estimate as the Labor Department is able to collect information from businesses that it was unable to contact due to the storm.

The hurricanes already appear to have led to job creation in some parts of the economy.

The insurance industry added 10,900 jobs in September as claims adjusters were hired to assess the damage. And building supply stores was by far the strongest segment of retailing. Those stores added 5,300 jobs, even as retailing overall lost 2,900 in the month.

Hurricane Harvey came ashore on the Texas Gulf Coast on Aug. 25, too late to show up in the August jobs reading. But many businesses were still closed by the flooding that accompanied the storm when the Labor Department started to survey employers in the middle of September.

Hurricane Irma hit the Florida Keys on Sunday, Sept. 10, then moved up the state in the following days, shutting down many employers, including both businesses, schools and government offices, during the week that employment is measured.

The biggest hit to jobs came from a drop of 105,000 at restaurants and bars. The Labor Department said that decline is very likely related to the storms. The sector had been adding about 24,000 jobs a month before the storm.

The 4.2% unemployment rate was down from 4.4% in August. The drop was a surprise to economists and was not related to the hurricane. Instead it came from a jump in the number of workers telling the Labor Department they had found work, and a drop in those who were without a job. The unemployment rate is now close to what economists consider to be full employment.

Hurricane Maria, which devastated Puerto Rico and the U.S. Virgin Islands, did not affect this report. That storm hit after Labor Department completed surveys of businesses for September. Second, these national jobs numbers do not include those islands, even though the Labor Department does track hiring and job losses there.