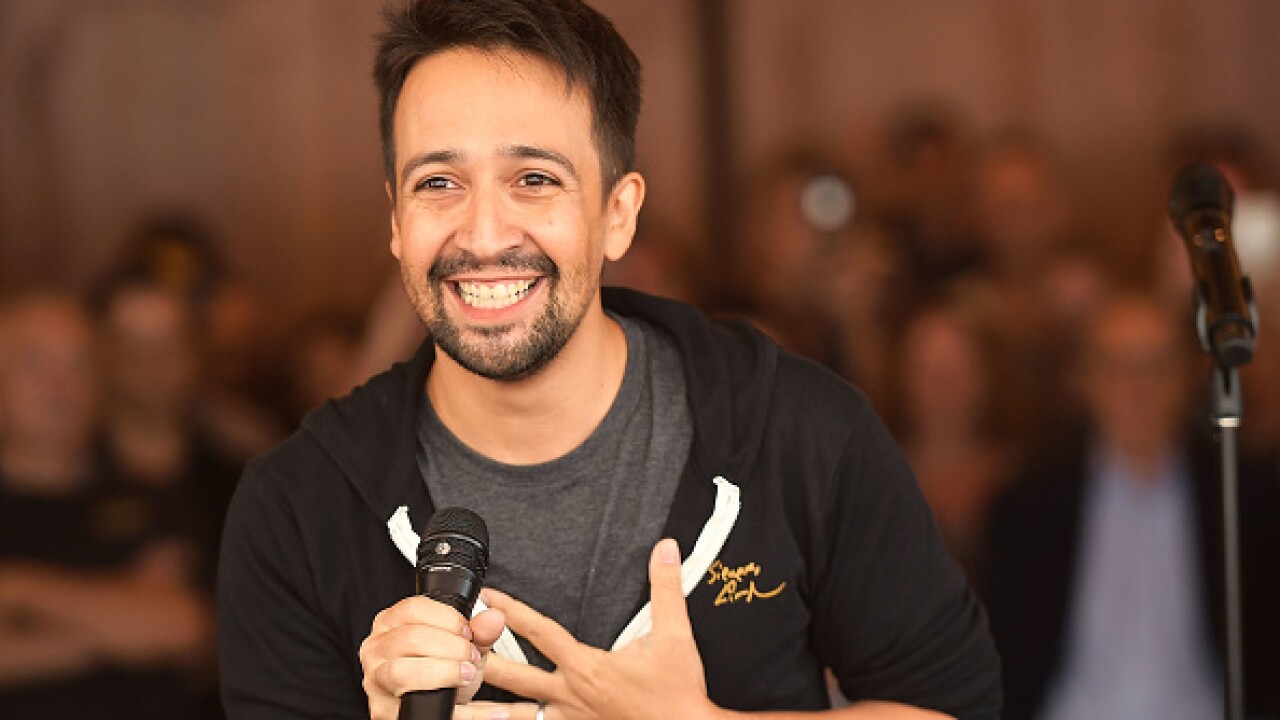 “Hamilton” creator Lin-Manuel Miranda and his father, Luis Miranda, made a passionate plea for help for the hurricane-ravaged island of Puerto Rico.

They emphasized the seriousness of the crisis, with many people lacking power, food and fuel more than a week after Hurricane Maria made landfall.

“I know there’s a tendency for fatigue because we’ve just been through two hurricanes. And we can’t be fatigued when it comes to our fellow Americans,” he said.

The Mirandas told CNN they have struggled to reach family in Puerto Rico.

“There were a few terrifying days where nobody heard from anyone. We were lucky enough to speak to our family, who got limited cell service, and they are holding up and they’re all right, but it’s a gritted-teeth smile, if that makes any sense. Food is scarce, water is scarce and everyone is doing everything they can to alleviate that as quickly as possible,” Lin-Manuel Miranda said.

In an effort to raise money for disaster relief, the “Hamilton” creator said he was working on a new song.

“It’s a love letter to Puerto Rico,” he said.

“I had the idea at 3 in the morning. … The initial demo was me singing in a bathroom,” he said.

The song is set to release October 6 and will feature other celebrity artists.

Miranda said he had “called every Puerto Rican I know” to sing on the song.

“To every artist, I’ve said, ‘Can you help out on this song?’ And they said yes. Without even hearing the song, everyone’s joined in,” he said.

In contrast, the star had harsh words for the US government’s response to the situation in Puerto Rico.

“They waived the Jones Act, which is an important step, but they only waived it for 10 days. That’s not going to be enough,” Lin-Manuel Miranda said, referring to an executive order issued by the President Thursday morning that loosens shipping restrictions to the devastated island.

“The President’s tweets on Puerto Rico came, I think, as a result of an enormous amount of pressure from lots of people and I’m grateful to all those people for making noise about Puerto Rico and what’s needed.”

Miranda drew a parallel between the plight of Puerto Ricans currently trying to flee the island with the story of Alexander Hamilton, who also fled a hurricane-ravaged island.

Hamilton, Miranda explained, had written “a plea for support” and the situation now in Puerto Rico was “a mirror of that.”

“We are doing what Hamilton did, we’re jumping up and down and screaming for support,” he said.