Watch: Astronauts go outside of International Space Station for spacewalk 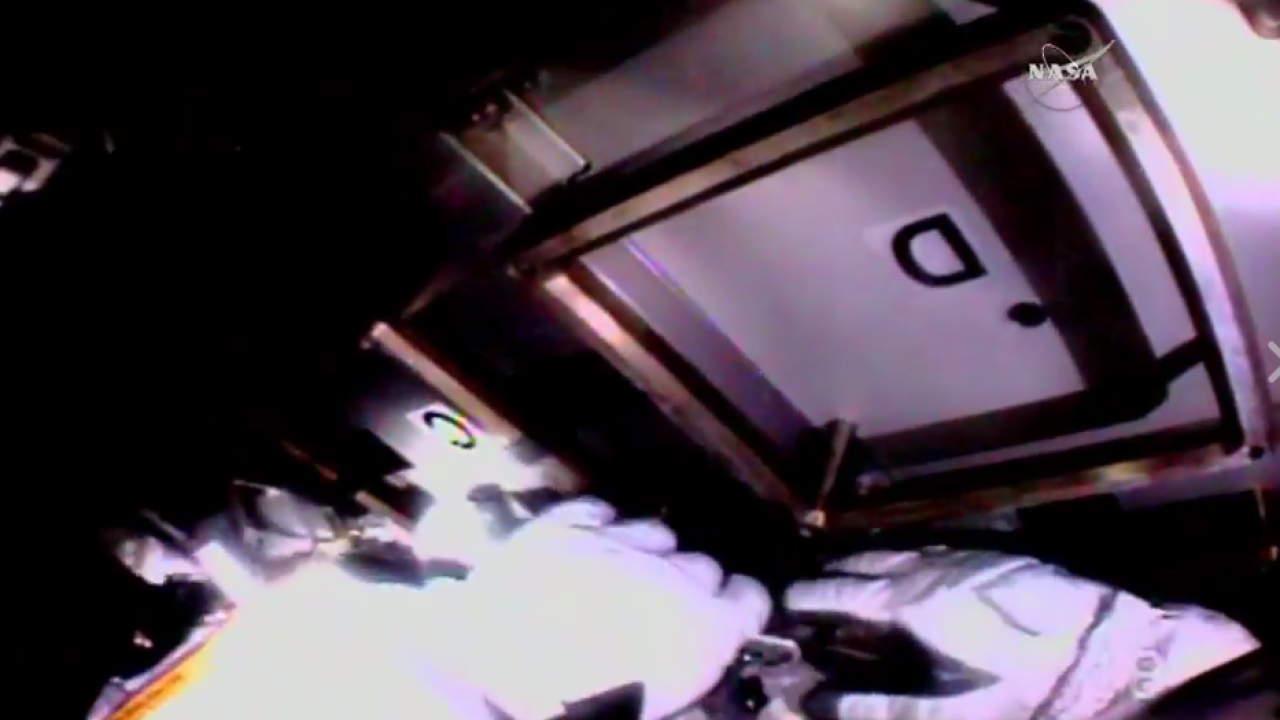 HOUSTON — Two  American astronauts are heading outside the International Space Station at approximately 8 a.m. Thursday to begin a 6.5-hour spacewalk.

This is the first of three spacewalks planned for October.

One of the Canadarm2 grappling mechanisms recently experienced a stall of its motorized latches, but the problem has had no effect on planned station operations.