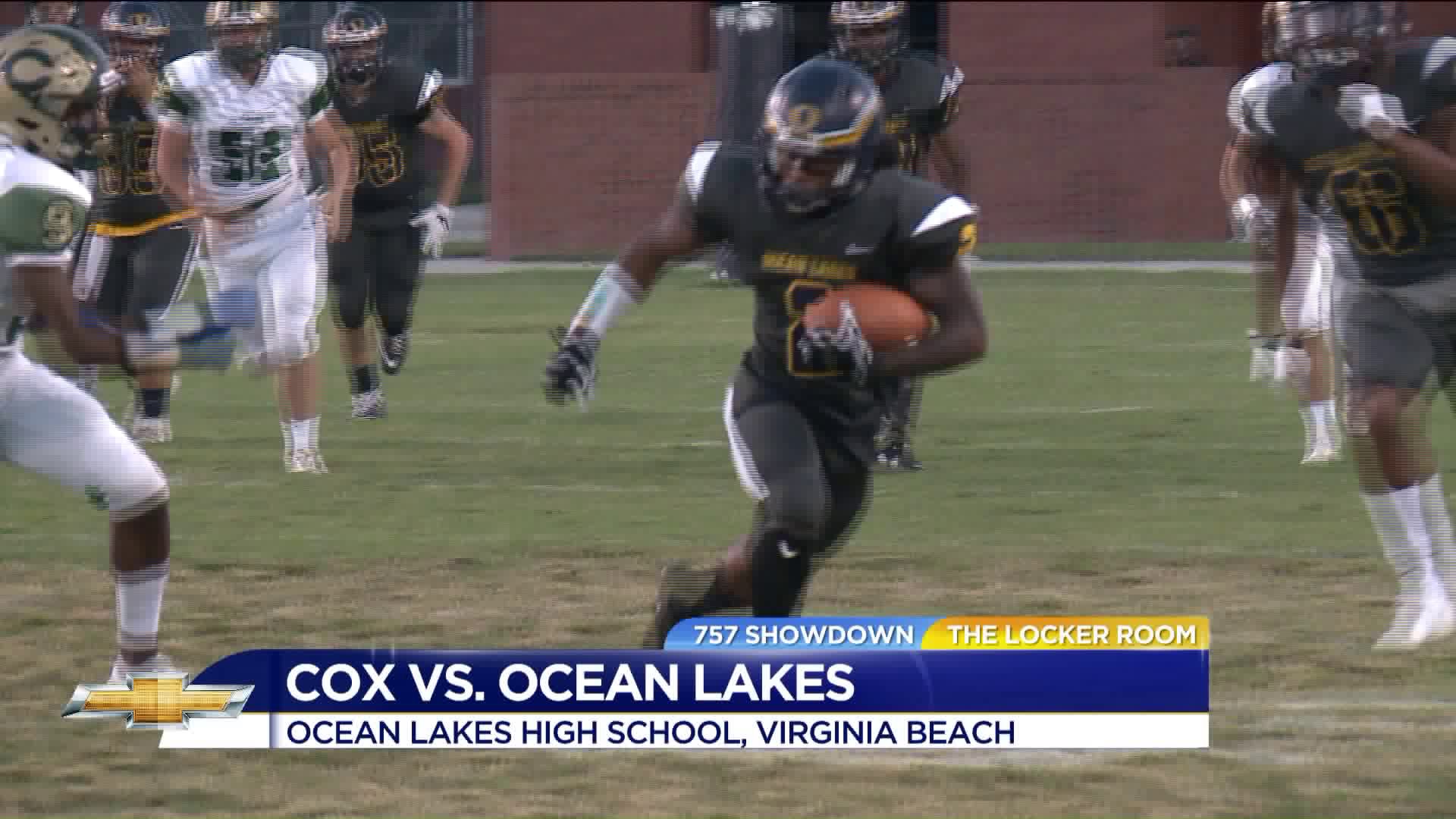 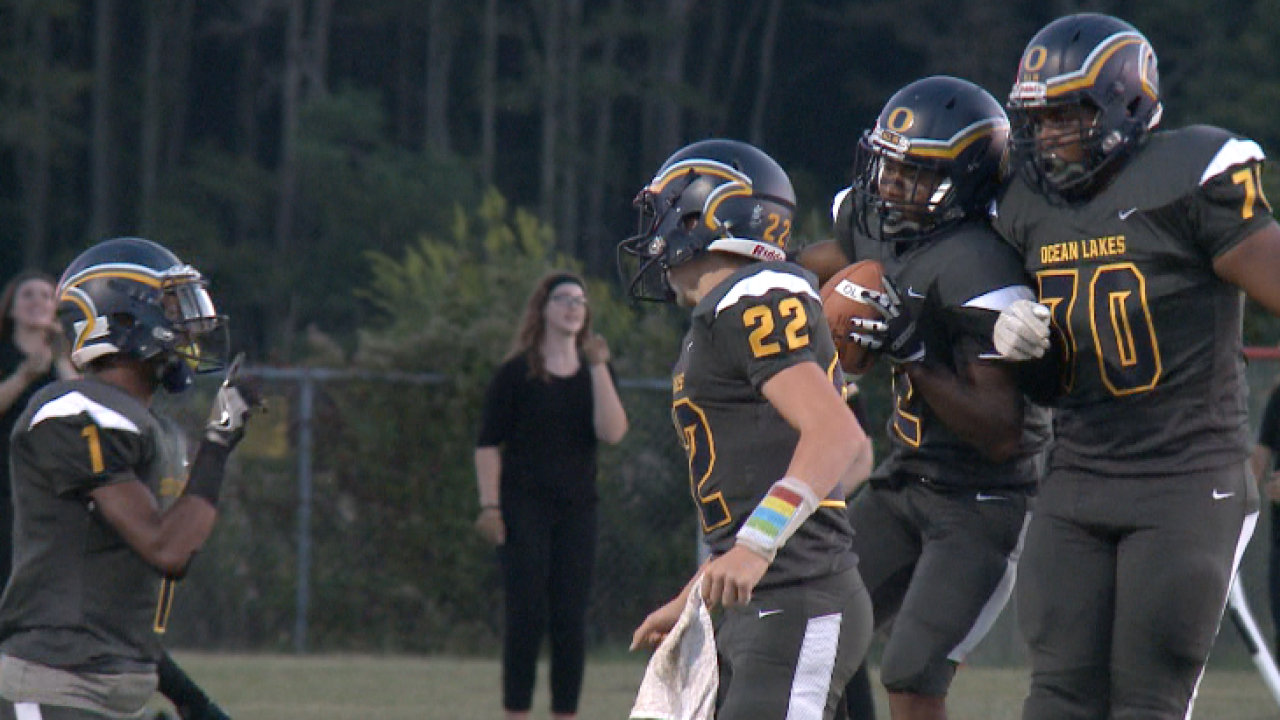 VIRGINIA BEACH, Va. - Iniko Tauti remembered missing the playoffs last year. The whole Ocean Lakes team did for that matter. They also remembered a loss to Cox, who ended a five-game losing streak to the Dolphins.

Momentum shifted in the second half when Cox's Deiontae Curry snagged a blocked field goal and returned it 88 yards to the house to put the Falcons on the board. Later, Tayvion Robinson would get in the endzone to cut the lead to 20-7, and again to slice the lead to 28-21.

Tauti would end up putting the dagger on the game with a shifty 38-yard touchdown run to improve Ocean Lakes to 5-0.

The Dolphins have a showdown with the other unbeaten beach team in Landstown next Thursday, while Cox will look to get back on track against Kempsville.