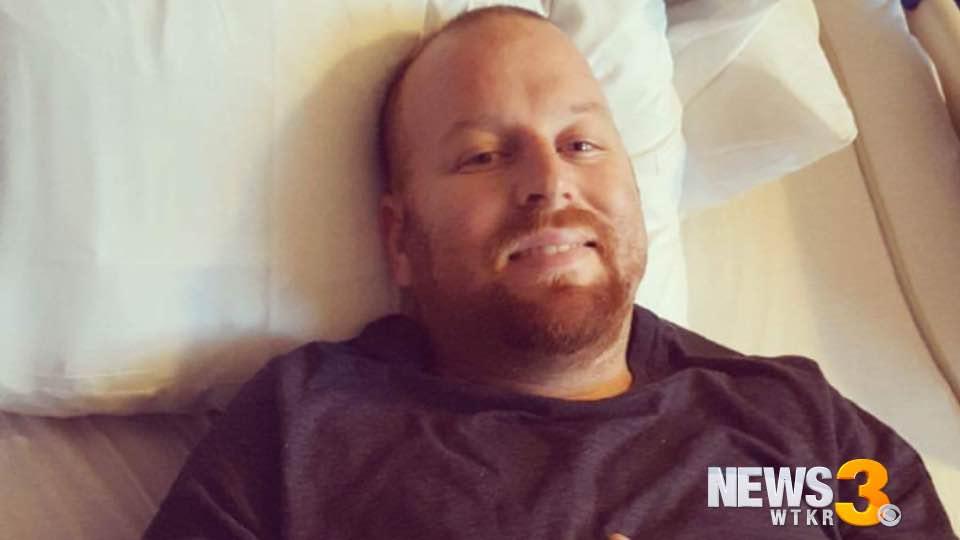 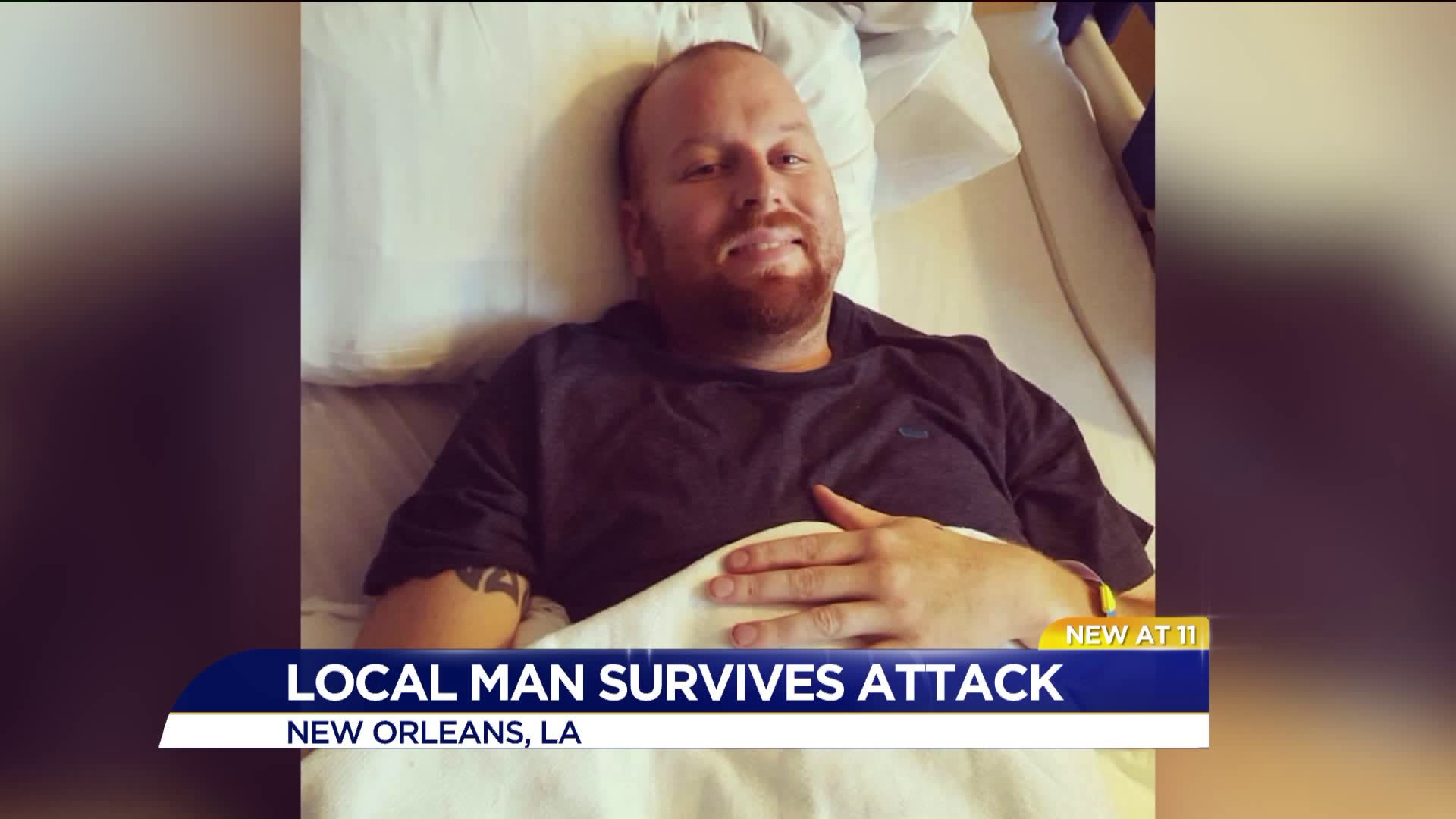 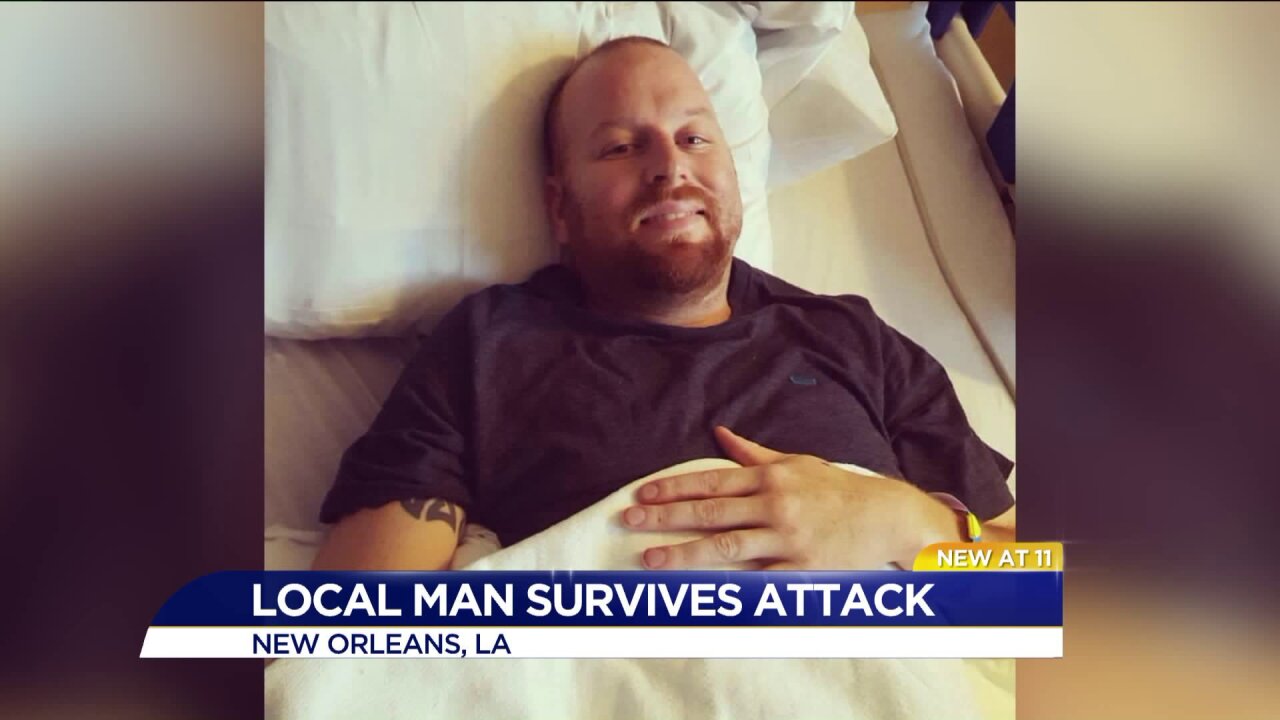 YORK COUNTY, Va. - A trip to New Orleans that was supposed to be full of fun and good times took a sudden turn when 33-year-old Kevin Guin was attacked and robbed in the French Quarter of New Orleans.

Jason Guin, Kevin's brother, told News 3's Kim Cung they arrived in New Orleans September 14 for a bachelor party. The group of seven men went to a bar to sing karaoke and have some fun.

"Around 11 o' clock, my brother says he's going back to the hotel. That’s the last we heard from him," said Jason.

According to New Orleans Police, Kevin was walking on the street when a man came off a bike and started hitting Kevin in the head with a small blunt object. After the suspect took Kevin's phone and cash, he ran away. Police said the weapon used was not a baseball bat.  A witness who saw Kevin laying on the ground flagged down a nearby police officer, who discovered Kevin's head injury.

Jason, knowing how Kevin enjoys having a good time, wasn't too concerned when the group returned to the hotel and didn't see Kevin there. However, once morning came and they still hadn't heard from him, Jason tried to reach Kevin without any luck. Kevin's phone was going straight to voicemail. Then, he got the dreaded call.

"I got the phone call from the detective saying he's in intensive care. Just came out of surgery, brain surgery. He has 31 staples in his head and at that point, it's a blur," said Jason.

More than a week after the attack, Kevin doesn't have any feeling in his right arm and only 10 percent in his right leg.

Kevin was transferred to a rehab facility in Louisiana Thursday, where he is doing a lot of physical therapy four times a day. Their Dad, a well-known baseball coach locally, is there to help Kevin with recovery. However, Jason is frustrated with what happened and said they've learned a painful lesson.If anybody can take anything away from it, it

"If anybody can take anything away from it, it's don't go down there by yourself. Don't travel by yourself. We’re in places we’re not familiar with. Not saying he would have been fine [if Kevin turned the other way to go to the hotel], but the chances as opposed to going further down Bourbon Street and getting lost," said Jason.

The community is surrounding the Guin family in support. A GoFundMe page has raised more than $16,000. And that's not all.

"The outpouring of support has been amazing with everybody. Even people we don’t even know," said Jason.

Jason said Kevin is aware of what's going on, but has a long way to go. However, Kevin is determined to make a full recovery. The family is hoping after three to six weeks of therapy in Louisiana, he can be strong enough to make the trip back home to Hampton Roads.