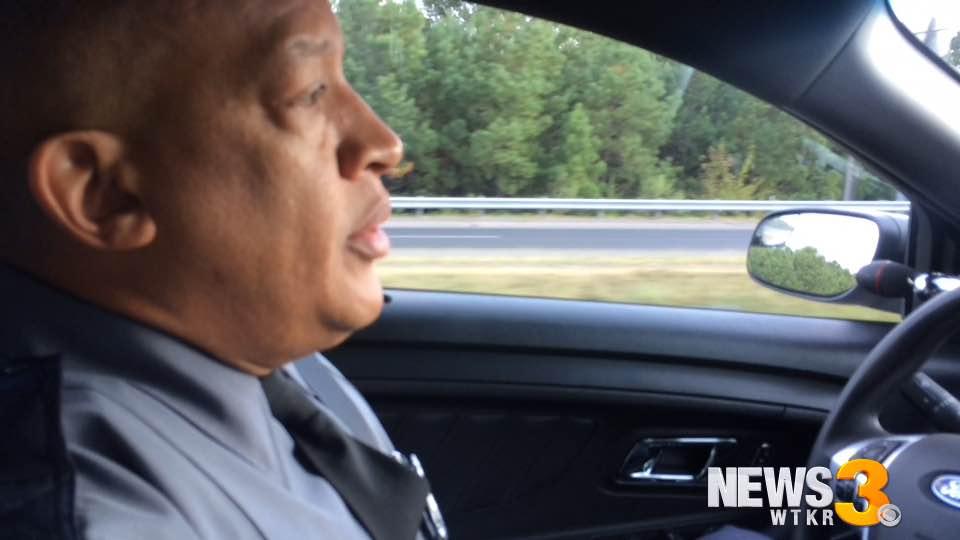 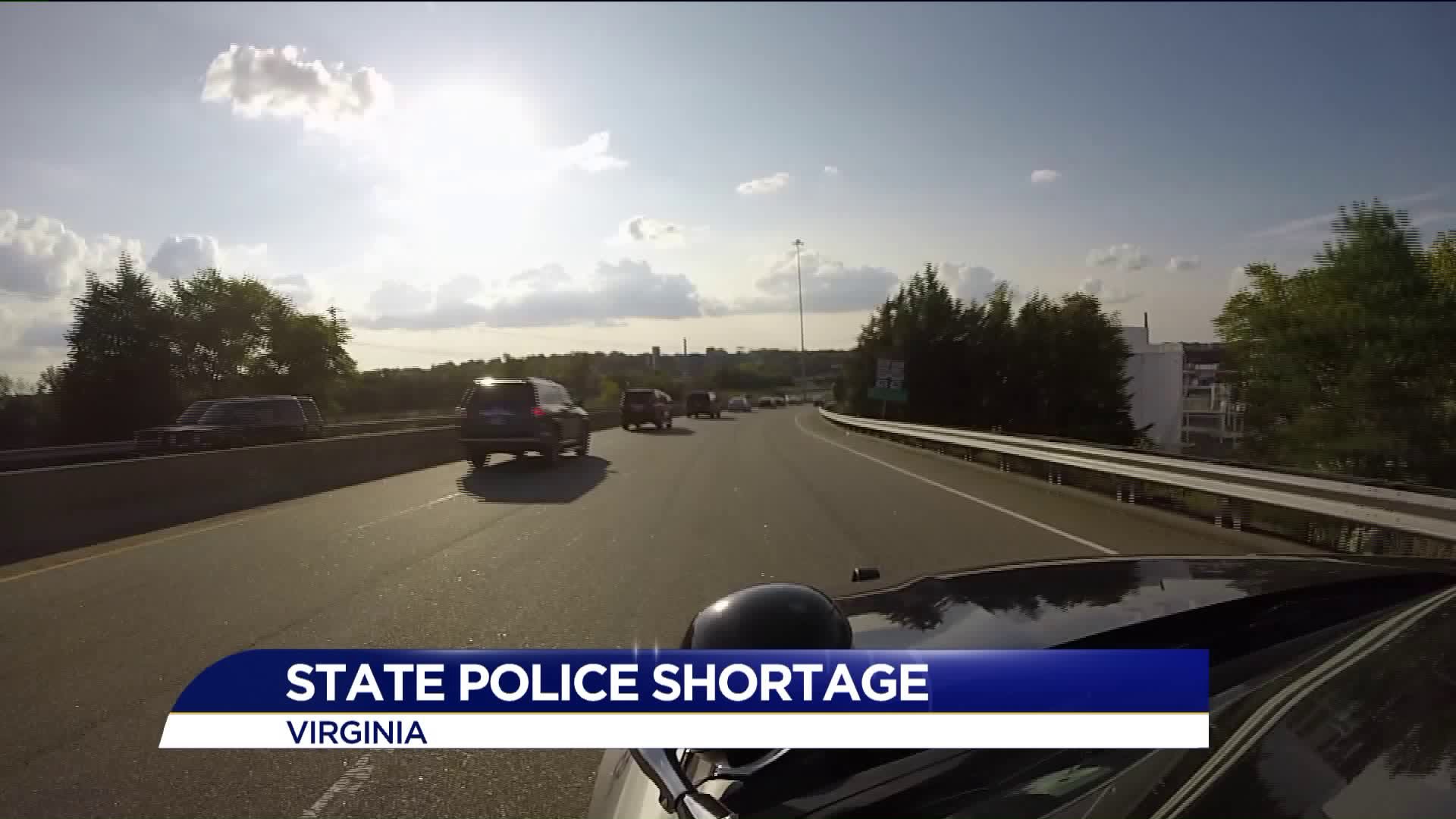 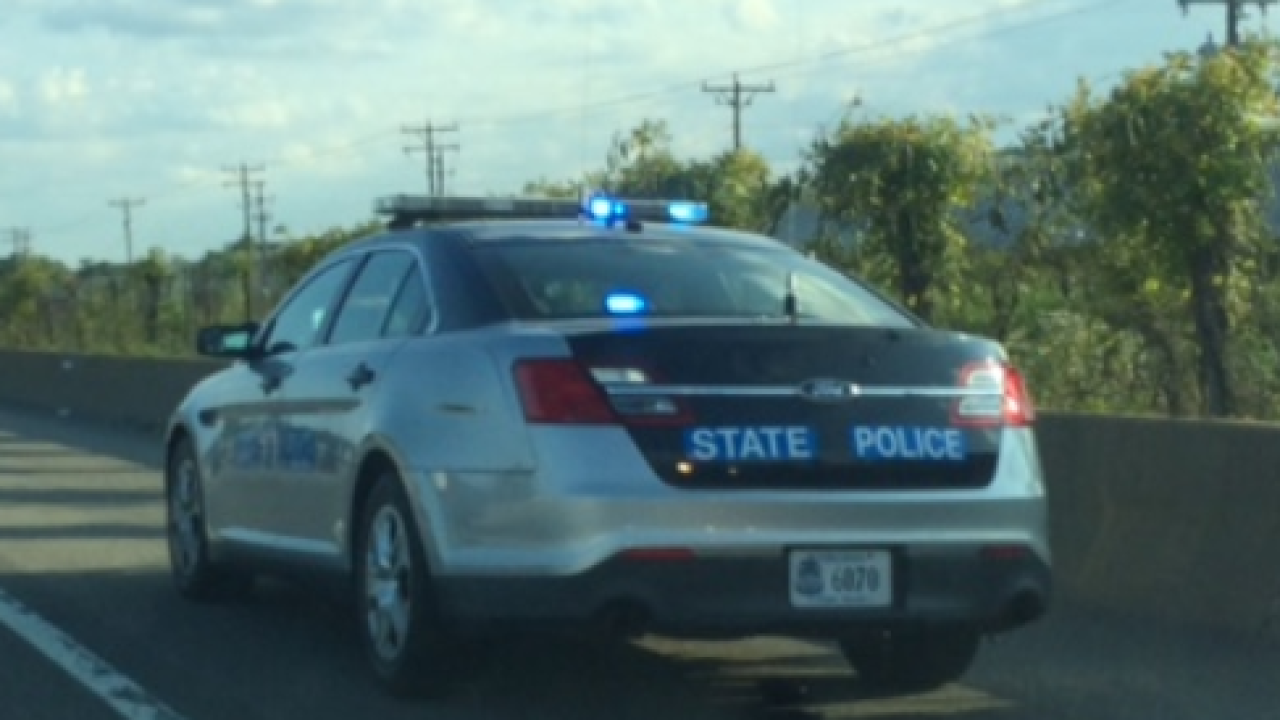 News 3 went on a ride along with Sgt. James White, a leader in the recruitment department for the Virginia State Police.

He said they are making it easier for experienced officers to work for state police and they’re aggressively recruiting new troopers.

After 10 years of patrolling for Virginia State Police, Sgt. White said there is no place he’d rather be working.

As a leader in the recruitment efforts, Sgt. White says there is a dire need for more troopers on our state roads.

“We are looking for men and women who are qualified and truly have a passion to serve and protect,” said Sgt. White.
There are roughly 240 open positions statewide of the total 2,066 positions.

White said sometimes the vacancies are putting a strain on response times and the safety troopers now working the streets.

“There are areas out there that are truly struggling. They maybe authorize for 12 or 15 troopers in that area but down to seven or eight right now,” said Sgt. White.

For the first time, there’s now a program that allows certified Virginia law enforcement officers working in other departments to transfer over to state police and go through an accelerated training program that lasts 8 weeks – instead of 29 weeks.

According to the website the Accelerated Lateral Entry Program:

As of Sept. 1, 2017, the Virginia State Police is opening its Academy to current Virginia law enforcement interested in attending a new Accelerated Lateral Entry Program (ALEP). This is a first in the Department’s 85-year history to offer an abbreviated State Police Academy for currently employed Virginia Department of Criminal Justice (DCJS) certified law enforcement officers with at least 3 years of law enforcement experience in Virginia.

State police are also hoping a recent increase in pay for new troopers will help fill those vacancies.

According to the website:
The Virginia Department of State Police is recruiting for qualified applicants for the position of State Police Trooper.  EARN WHILE YOU LEARN.  Qualified candidates accepted to the Training Academy will be paid a salary of $44,290.  In addition, candidates will receive benefits including life insurance, health insurance, sick leave, and paid vacation.  Twelve months following graduation from the State Police Academy, the annual salary will increase to $48,719.   Upon graduation, candidates are supplied all equipment and uniforms, including a take home car.  Candidates are also eligible, with tenure, for promotional and career progression opportunities including the opportunity to serve in many exciting specialty positions across the Commonwealth of Virginia.

Sgt. White admits the climate of law enforcement and the job can be dangerous, and he said it’s not for everyone but said it’s a calling for some who are meant for the role.